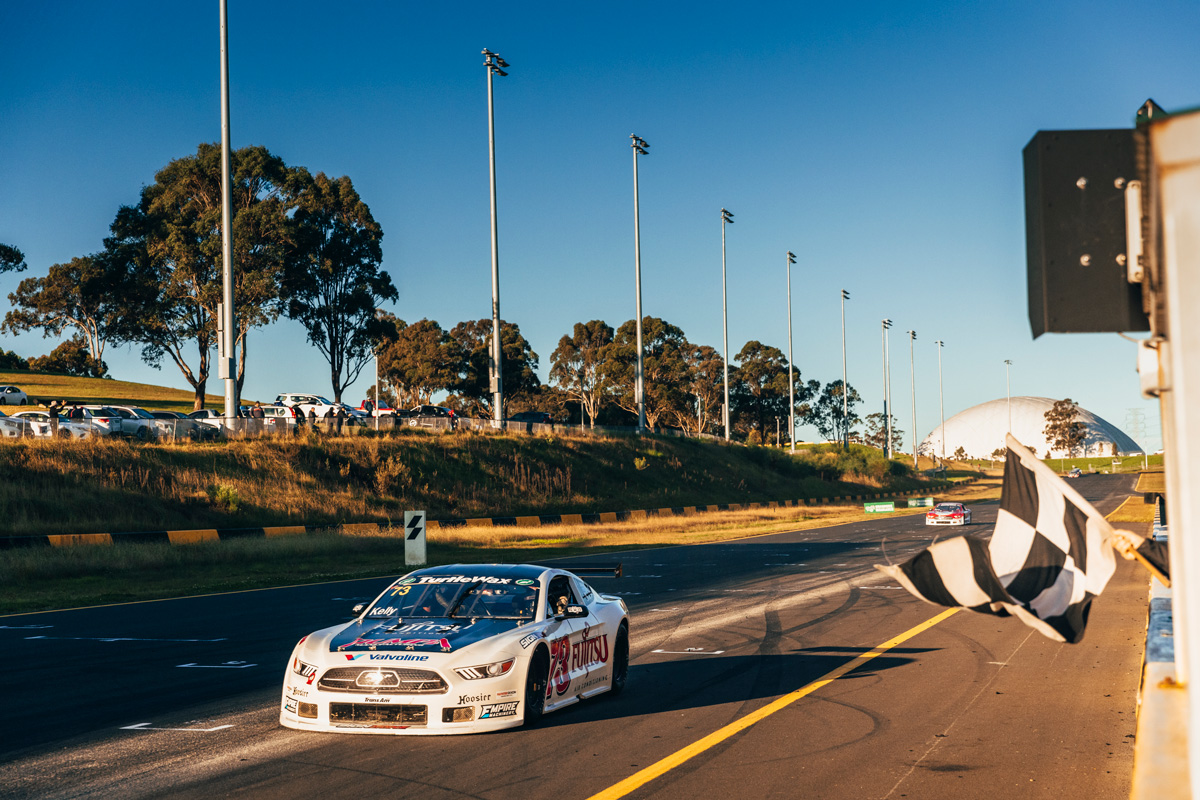 Not even a sublime race from Nathan Herne could stop Owen Kelly from victory in the Turtle Wax Trans Am Series at Sydney Motorsport Park.

Set back by a drivebelt failure that ended his Race 2 last night, Herne started way back in 22nd for the weekend finale.

The cause of the race being neutralised was a wild Turn 1 collision that put Nash Morris and Lochie Dalton out of the race after they sandwiched Jett Johnson.

The race went green once more on Lap 5, by the end of which Herne was eighth, and by Lap 9 he was second.

However, he could not quite reel in the last driver standing between him and a remarkable win, Owen Kelly taking the flag with less than two seconds in hand.

The result secured Kelly’s round win and overall series lead, sitting six points ahead of Herne.

“A second and two firsts, can’t ask for too much more than that,” said the former Supercars and NASCAR driver.

Second and third for the round went to Ben Grice and Zach Bates, respectively.