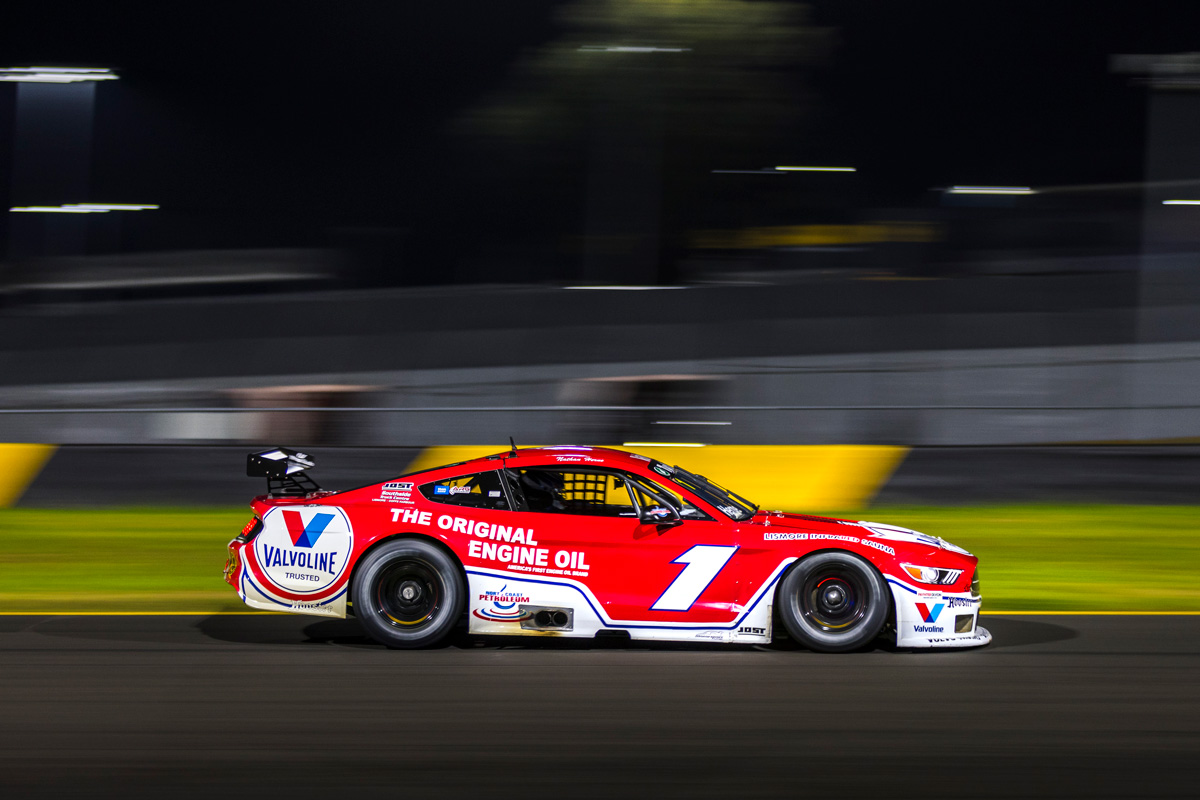 Race 1 winner Herne had seemed to be cruising to another victory when it all went awry on Lap 8, as he pitted to retire the car.

Owen Kelly inherited the lead and with victory he has charged into the series lead.

“Pretty stoked. I didn’t really expect this to be honest,” Bates said.

“I was just coming here to learn and familiarise myself with a faster car, so to come away with a podium is awesome.

“The team gave me an awesome car, I just managed to pick my fights throughout the race and managed to get third which is an awesome result.”

But the story of the night was 2021 title winner Herne.

“We’ve been perfect so far this year and unfortunately shit happens and you can’t control it,” he said.

“I’m devastated for not only myself but all the boys.

“We work bloody hard on these things and then a $2 part breaks and ruins your whole race.

“The power steering went halfway around the lap so I just wrestled it and thought I could get away with it… I hope we haven’t hurt anything in the engine internally.”