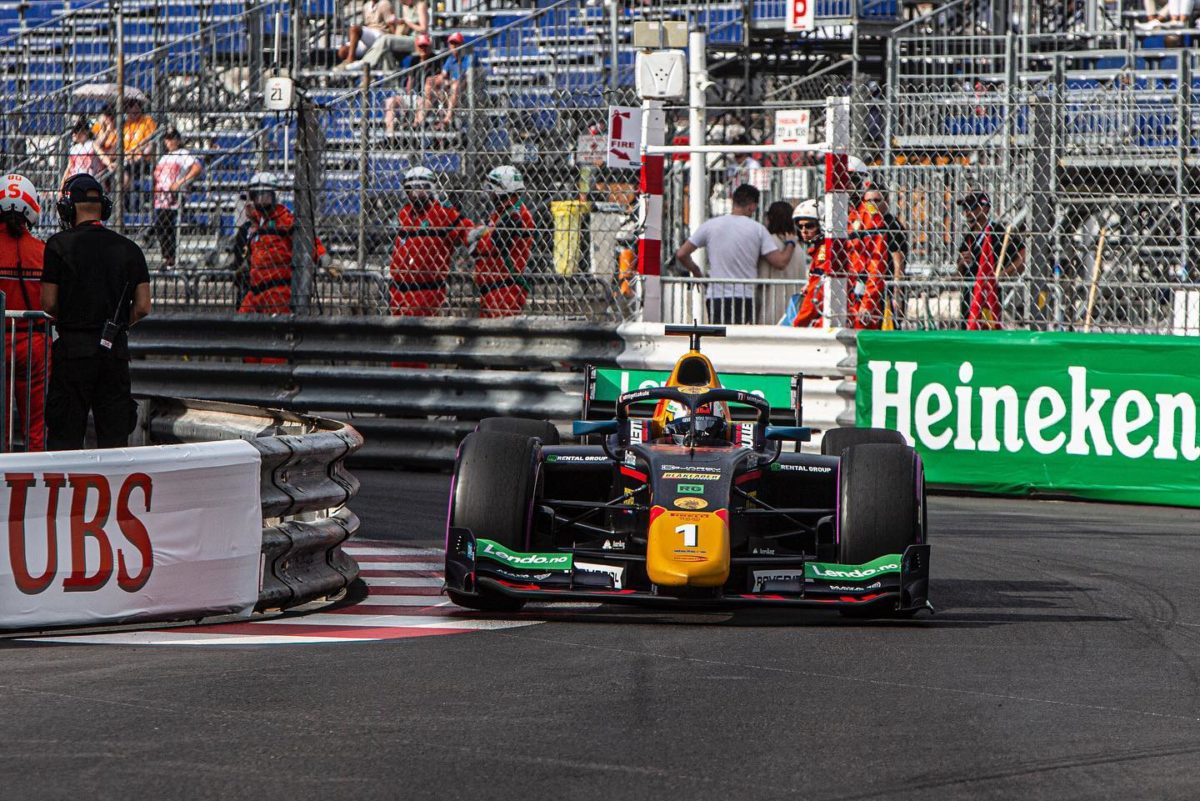 Last year’s Formula 3 champion, Dennis Hauger, has claimed his first Formula 2 race win with a dominant performance in the Sprint race in Monaco.

The Red Bull backed driver raced clear of the field, building a comfortable advantage and managing the race to the flag.

He survived a mid-race Safety Car as he did so, Jehan Daruvala handing Carlin a one-two finished.

Marcus Armstrong was third, while Jack Doohan was seventh.

Pole sitter Jake Hughes stalled off the line, the Brit miraculously avoided by the field as it swarmed into the opening corner with Hauger out front.

Felipe Drugovich took to the lane at the end of the opening lap, the Brazilian rolling the dice on a set of wet tyres as the weather began to close in.

However, conditions were still dry, with the skies yet to open.

The gamble didn’t last long and he was soon back in the pits for a set of slick tyres.

He was called back into the pits moments later, the move to wets having, under the rules, compelled him to remain on the tyres to the conclusion of the 30 lap affair.

The incident was the result of a dive from Ayumu Iwasa, who sent it up the inside of the right-hander, pushing Novalak into the wall and retirement.

Under the Safety Car, Drugovich was sent back out on the wet tyres, despite being five laps down and the track remaining bone dry.

The race restarted with Hauger again heading the field from Daruvala and Armstrong.

Soon after, Iwasa received a 10s penalty for his involvement in the incident which ended Novalak’s race.

Doohan running in seventh gradually fell of the back of the group ahead, 1.3s back from Pourchaire with 10 laps remaining.

From there, the race drew to a close without further incident, Hauger managing things out form to win from Daruvala comfortably.

Armstrong finished third over Fittipaldi while Doohan was seventh, one spot ahead of New Zealander Liam Lawson, with Aussie youngster Calan Williams 14th.

Formula 2 returns to the streets of Monaco for the Feature race on Sunday at 17:50 AEST.