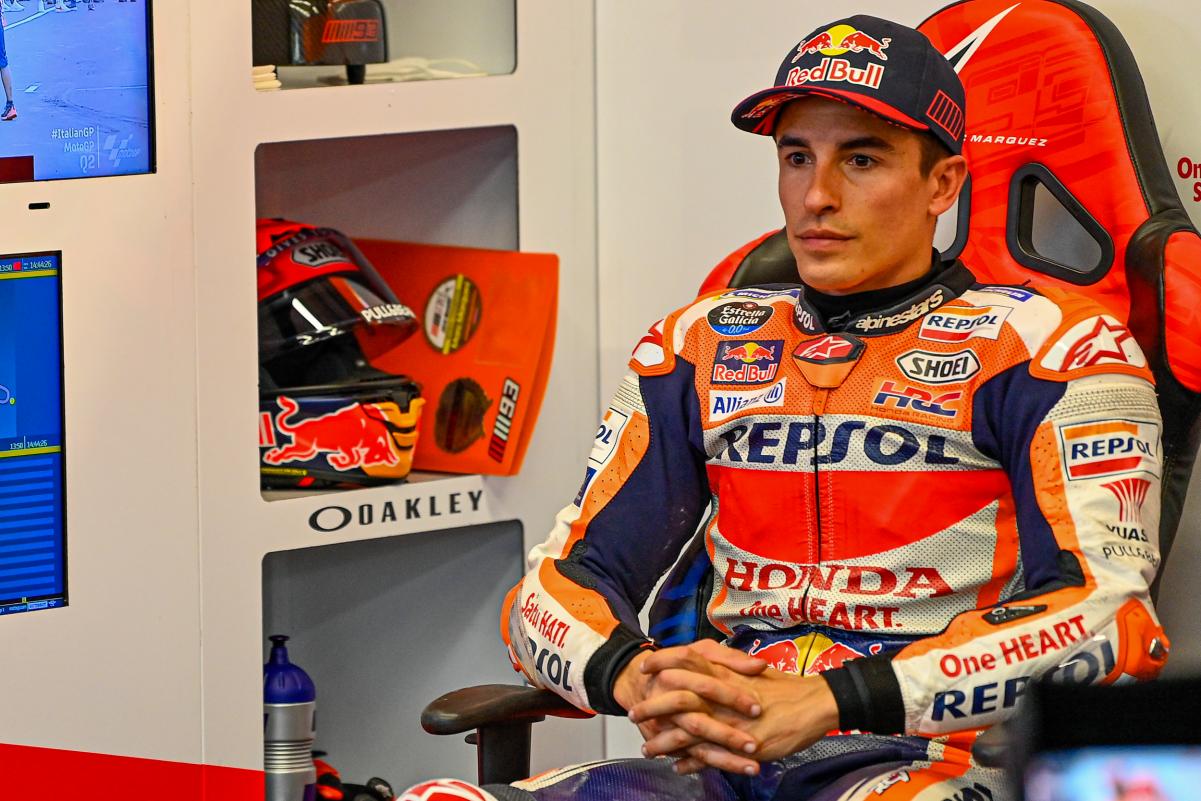 Honda has announced that Marc Marquez will undergo a fourth operation arising from his monster crash in the 2020 Spanish Grand Prix, forcing him out of MotoGP competition again.

The six-time premier class champion will undergo surgery following this weekend’s Italian Grand Prix, meaning he should miss the bulk of the 2022 season.

Already, Marquez has been sidelined from two races this year due to concussion/diplopia arising from a highside in Indonesia, and two at the end of last season for the same reason following a training crash.

However, the tumble which he took at Jerez in July 2020 has been far and away the most problematic incident for the Repsol Honda rider, and the right humerus which he badly broke then remains a drama today.

The fourth operation will take place in the United States this Tuesday (local time), under the direction of Dr Joaquin Sanchez Sotelo.

“As you all remember, 18 months ago Marc had his last surgery on his right humerus and since then on it has been a really long process of rehabilitation, hard work with his medical crew in Madrid and Doctor Angel Ruiz Cotorro, Doctor Samuel Antuna, they have been working very hard with him,” said Honda team principal Alberto Puig.

“And of course, we have been making quite a lot of progress.

“Unfortunately, his position on the bike is still not what he really needs to race as he wants to race and to match his expectations on a GP weekend.

“So, after analysing with the medical doctors, with the group, and consulting with another doctor who is connected to our doctors in Spain, in the Mayo Clinic in Rochester, Minnesota, finally yesterday we had the news that a surgery can be done.

“This surgery can be done right now because the bone is ready.

“And finally yesterday we decided this can be done and for that reason Marc will stop after this grand prix and will take a break and have this surgery in the US.

“It has been a long period for him, a lot of suffering and we want to thank him, his effort during all this time because he suffered a lot.

“But we all believe it is the correct timing. Just for you to understand, the surgery will consist of the extraction of the osteosynthesis material on the right shoulder.

“Also together with a humeral osteotomy to improve the external rotation in the arm and stability in the shoulder. This is exactly what they are going to do, and that’s the situation.”

No timeline has yet been given for when Marquez is expected to return to competition, nor a replacement named, although test rider Stefan Bradl has been called upon in the previous instances when a stand-in for #93 has been needed.

The Spaniard underwent his first operation on the broken arm in the days after the Jerez crash, but then attempted to compete the following weekend, an endeavour he called off during qualifying.

He needed surgery again, ostensibly due to damage to the original plate which was incurred while opening a window/door at home, and a third time in late-2020 because of infection and pseudarthrosis (false union).

After missing the start of the 2021 season, Marquez ultimately won three times last year, twice on anti-clockwise circuits and then on a clockwise layout which magnifies the ongoing weakness down his right-hand side.

The 29-year-old spoke of an ongoing lack of a “special feeling” with the 2022-spec RC213V, although that had seemed to be down the radical revisions to the Honda package in the last off-season.

However, a comment at last month’s Spanish Grand Prix showed that he was also still not back to his best in a physical sense.

Marquez pulled off an astonishing save at the Curva Lorenzo left-hander (final corner) during the 2022 Jerez race, but cautioned, “When I will save on the right side, then it will be different.

Ironically, in the hours before the announcement at this weekend’s round at Mugello, Marquez had an ugly highside which ripped the front wheel off his bike and caused it to catch fire.

After a red flag, he would eventually go out on his second bike and qualify 12th-fastest, although a grid penalty for Jorge Martin elevates him to 11th on the starting grid for Sunday’s race.