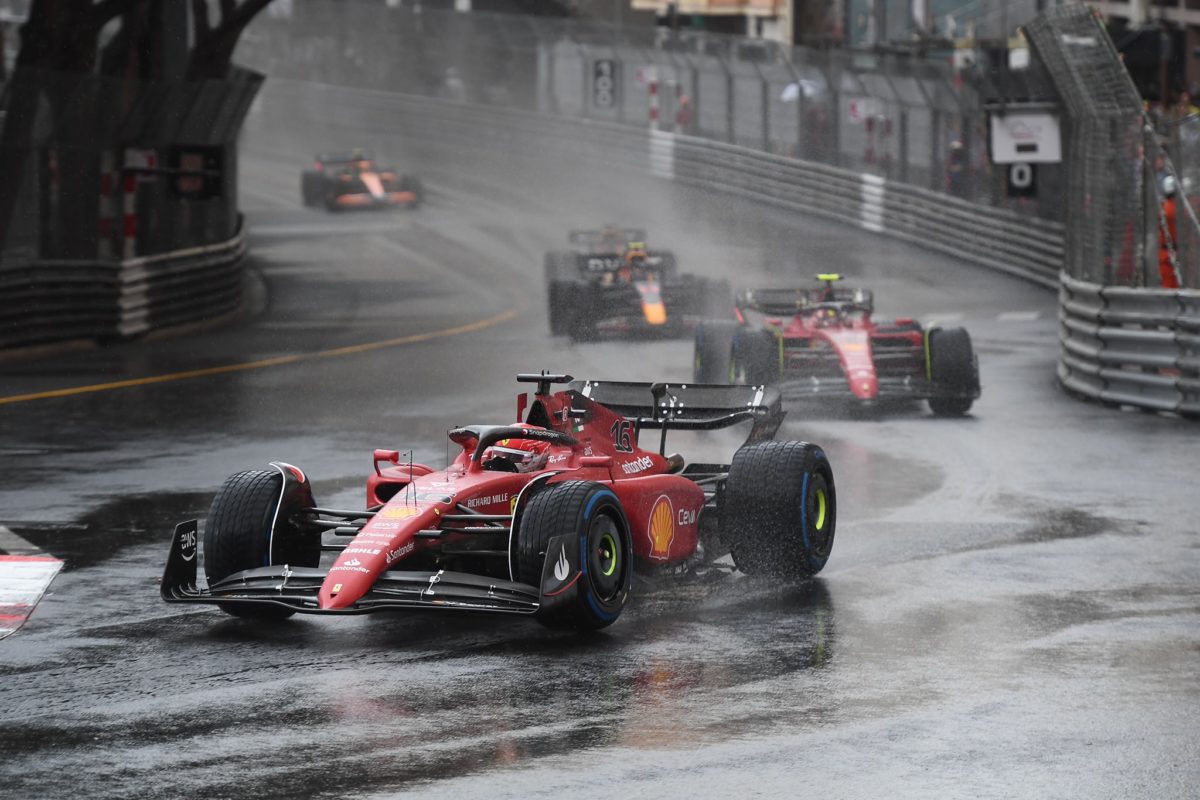 Charles Leclerc circulates behind the Safety Car in Monaco

The FIA has moved to explain why race control decided to delay the start of the Formula 1 Monaco Grand Prix.

Rain shortly before the scheduled start time saw the procedure suspended, leading to confusion and consternation.

Initially the rain was only a light drizzle, intensifying once the Safety Car finally led the field away 16 minutes later than planned.

“Race control was monitoring a severe downpour rapidly approaching the circuit,” a statement from the FIA said.

“As it arrived during the start procedure, the safety-car start and its associated procedures were implemented.

“This was done for safety reasons because there has been no wet running this weekend.”

Having completed a formation lap behind the Safety Car, the red flag was shown as they completed the second.

Officially, the race has not yet commenced.