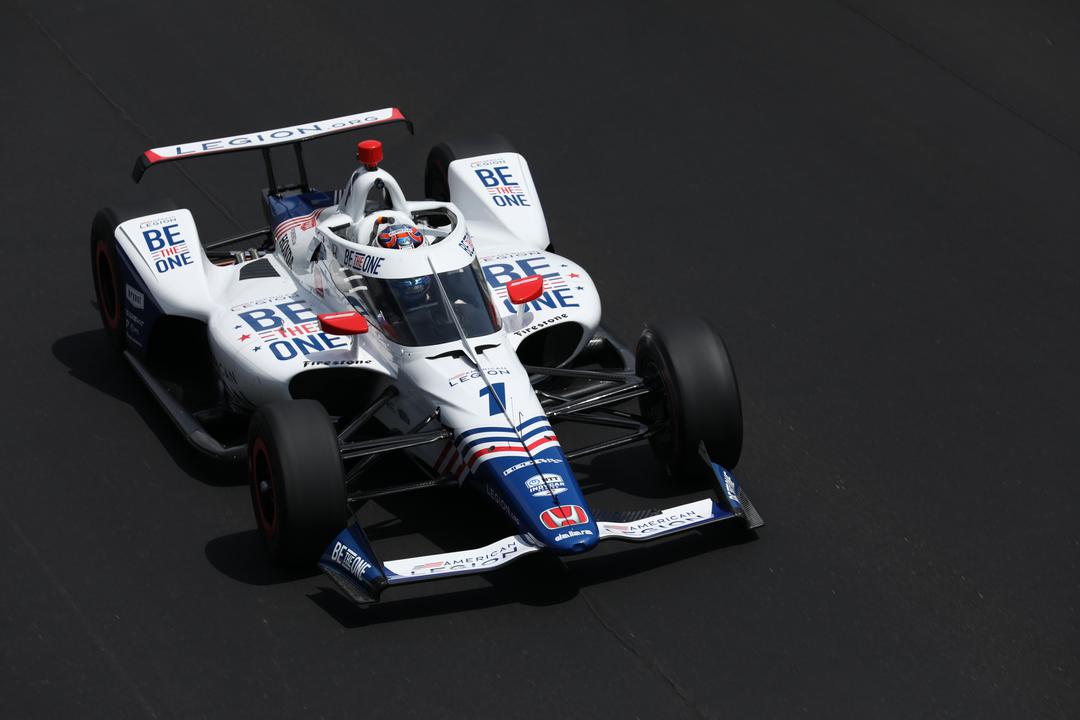 The Brazilian and team-mate Marcus Ericsson were the only two drivers to lap the Brickyard above an average of 227mph on Carb Day, while pole-sitter Scott Dixon was fourth in the #9 Ganassi Honda.

First of the Bowtie contingent was Dreyer & Reinbold Racing’s Sage Karam in fifth, with Team Penske’s Will Power sixth on a 226.032mph (363.763km/h) in another of the Chevrolet-propelled cars.

Scott McLaughlin ended up 13th in another of the Penske cars, and team-mate Josef Newgarden 23rd.

The biggest story of the session was Colton Herta’s frightening crash in the #26 Andretti Autosport Honda.

Herta got loose through Turn 1 and while he almost caught the moment, he ended up smacking the SAFER barrier before his car was picked up by the air which got underneath its nose and flipped over.

It slid upside down along the track before a secondary impact with the wall, and while the American has passed his first concussion test, there is no word yet on whether he has been given final clearance to race on Sunday (local time).

Earlier in the session, David Malukas was also in the wall at Turn 1 after contact with Santino Ferrucci.

Malukas went to dive down the inside of the Dreyer & Reinbold machine when Ferrucci started to make the turn-in, causing a touch with the former’s right-rear from the latter’s left-front.

That cut the tyre on the Dale Coyne Racing w/ HMD Motorsports car and its driver was virtually a passenger from there, although he was able to exit his vehicle without assistance.

Ferrucci would be given a 20-minute hold penalty in his pit box as punishment for avoidable contact.

All that is left now is the race itself, which takes place on Monday morning at 02:45 AEST.