Drugovich on pole after Lawson penalised in F2 qualifying

Drugovich on pole after Lawson penalised in F2 qualifying 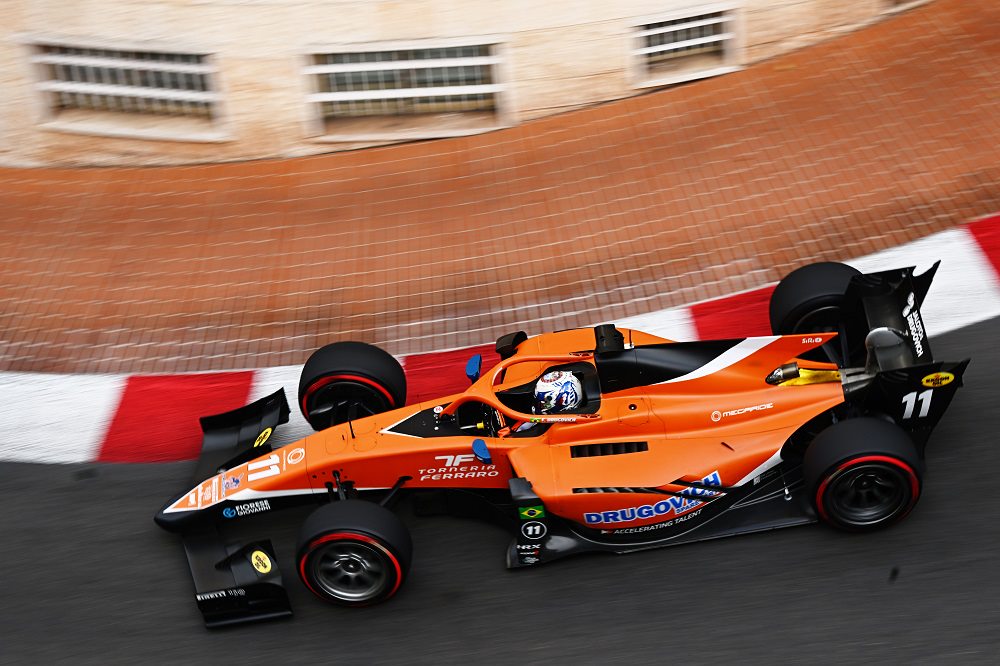 Formula 2 championship leader Felipe Drugovich will start from pole position despite ending qualifying against the fence in Monaco.

The Brazilian recorded the best time of his group before tagging the wall at the final corner to draw the yellow flags late in the session.

That saw a number of drivers lose their laps, including Liam Lawson who provisionally claimed pole position.

The New Zealander will line up 11th in the Sprint race after his best time was removed, and a five-place grid penalty applied for failing to slow.

Jack Doohan was also investigated, though officials deemed the Australian slowed sufficiently and will therefore line up third for Sunday’s Feature race.

Ayumu Iwasa also had his lap deleted for failing to slow, dropping the Red Bull youngster back to 13th for Sunday, while a 10-place penalty for the Sprint race will see him start 20th.

Officials threw the book at the Japanese driver after he not only failed to abandon the lap or make any effort to slow, he also admitted to not seeing the double waved yellow flags.

Formula 2 qualifying in Monaco sees the field divided in half, the fastest time from either securing pole, with the remaining members from that driver’s group filling out the odd-numbered grid slots come Sunday.

With Doohan second to Drugovich in Group A, the Australian will therefore line up third on Sunday.

In Group B, Theo Pourchaire was fastest, meaning he’ll join the man who dominated the event in Spain a week ago on the front row.

Juri Vips meanwhile will draw up alongside Doohan on the second row.

Though he crashed out in hefty fashion at the Swimming Pool, Jake Hughes is poised to start first for the Sprint race courtesy of being fifth fastest in Group B.

He’ll be joined on the front row for the 30 lap Sprint race by last year’s Formula 3 champion, Dennis Hauger.

Marcus Armstrong was classified as the fourth best runner in Group A while Calan Williams was eighth quickest in the same group.

Sunday’s Feature race, held over 42 laps and including a pit stop, commences at 05:50 AEST on Sunday evening.