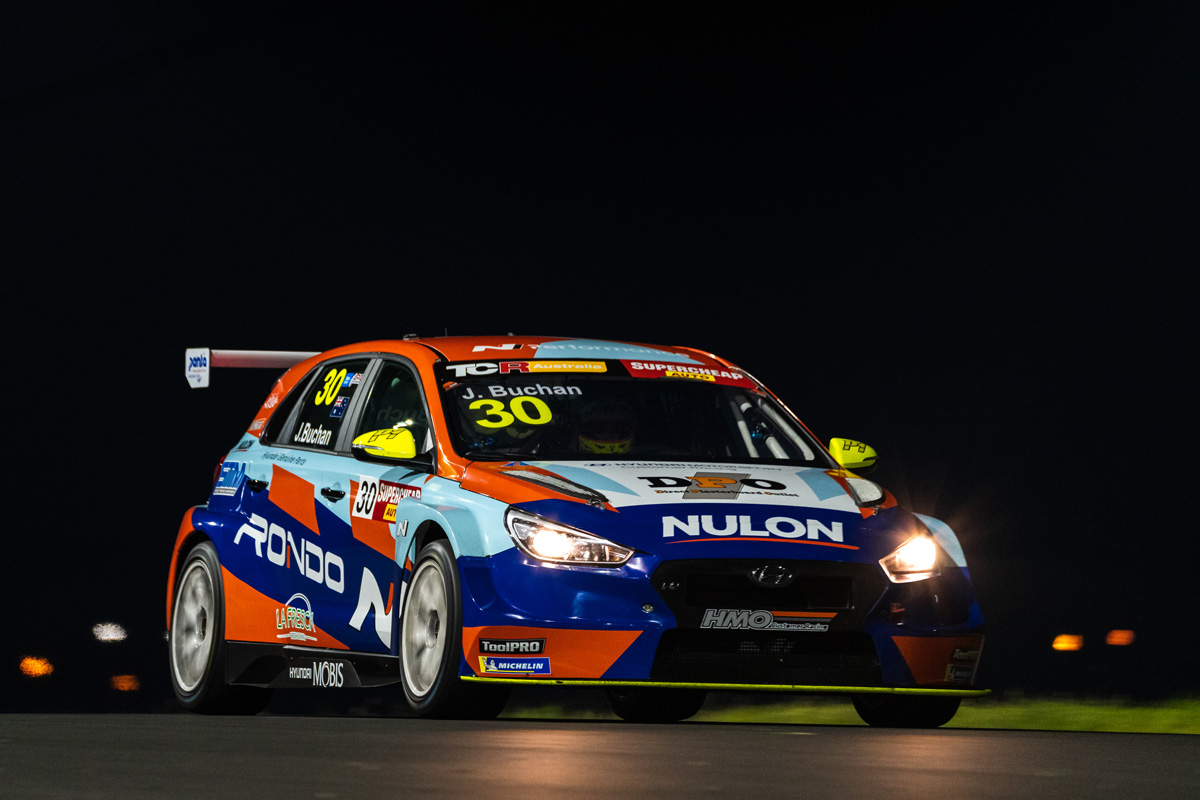 Buchan, who’d beaten Hyundai team-mate Nathan Morcom to pole by more half a second, made a tremendous start to set up the lights-to-flag victory.

It was not such a good getaway for Will Brown, who’d been elevated to the front row by virtue of an engine change-induced grid penalty for Morcom.

Brown was swamped off the line and demoted to fourth, although he managed to eventually pick off the Peugeots of Jordan Cox and Aaron Cameron to regain second.

That’s when trouble struck for the 2019 title winner, a broken damper wiping him out of the race and severely denting his championship challenge, dropping him from second to eighth in the standings.

In an action-packed middle stanza, Fabian Coulthard was spun by Kody Garland at Turn 2, before a flat tyre ruined Michael Caruso’s race.

Ben Bargwanna was set back by an engine misfire, while dramas began with an out lap spin for Braydan Willmington.

Out in front, Buchan ran a trouble-free race to win by 0.9572s from Cameron, with Cox third.

That means Hanson will start Race 2 tomorrow at 11:20 AEST from pole.