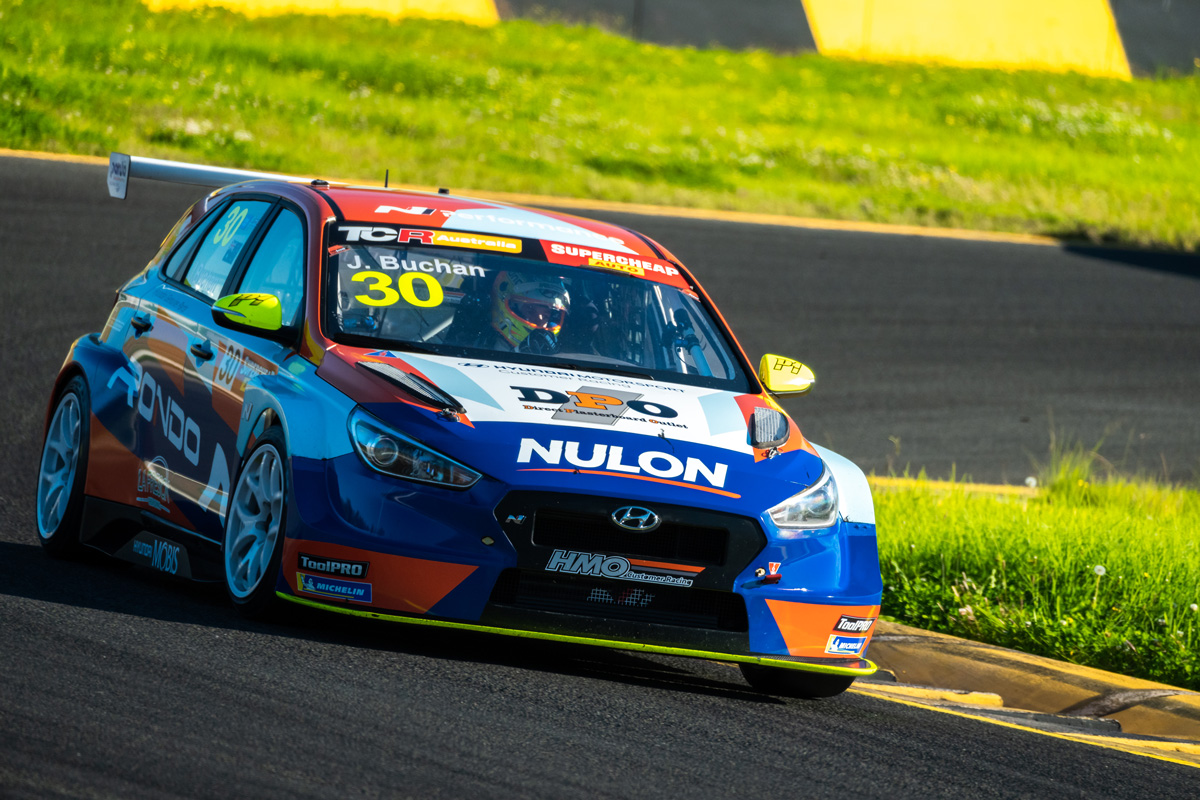 Josh Buchan has stamped his authority on Supercheap Auto TCR Australia proceedings at Sydney Motorsport Park, grabbing pole position by more than half a second.

The Hyundais were tipped to be the cars to beat, Buchan having dominated the 2021 round at Eastern Creek with two wins and a second-place finish.

He’s put himself in the box seat to repeat such success, having dipped into the 1:32s bracket in both segments of qualifying – something which no other TCR driver has managed at all this weekend.

At that point in time, he held a margin of 0.6409s over Practice 2 pace-setter Will Brown, although the duo would soon enough by split by Buchan’s HMO Customer Racing team-mate Nathan Morcom, albeit still 0.5246s off top spot.

That would have made for an all-Hyundai front-row for TCR Australia’s first night race later today, but Morcom entered qualifying with a five-place grid penalty hanging over his head for an engine change.

Thus, Morcom will start seventh, and Brown is promoted back onto the front row.

Aaron Cameron and Jordan Cox will share the second row ahead of Zac Soutar and Dylan O’Keeffe.

At the back end of the top 10 was the ever-consistent Tony D’Alberto in eighth, Michael Caruso in ninth, and Luke King.

The top 10 squabble was reduced from 10 minutes to seven as time was taken to recover the crashed Audi of Jay Hanson, who went off at high-speed at Turn 1 in the closing stages of Q1.

Hanson is back in his new-spec model this weekend, having had to revert to an older spare car last round at Bathurst due to a practice crash.

Amid the frenetic end to opening qualifying, it was Caruso who flirted with danger of missing the cut for Q2.

When Soutar improved to second, Caruso was bumped out of the top 10. However, the Ashley Seward Motorsport driver was not done yet, moving back up to eighth after the chequered flag to knock Fabian Coulthard out of Q2.

Coulthard did his all to return serve and indeed did improve, but his 1:33.9825s fell less than a tenth short of the time that had Cox on the bubble.

Coulthard will thus share the sixth row of the grid with James Moffat, who ran an alternate strategy to head out on track during the mid-part of the 15-minute session when his rivals were back in the pits.