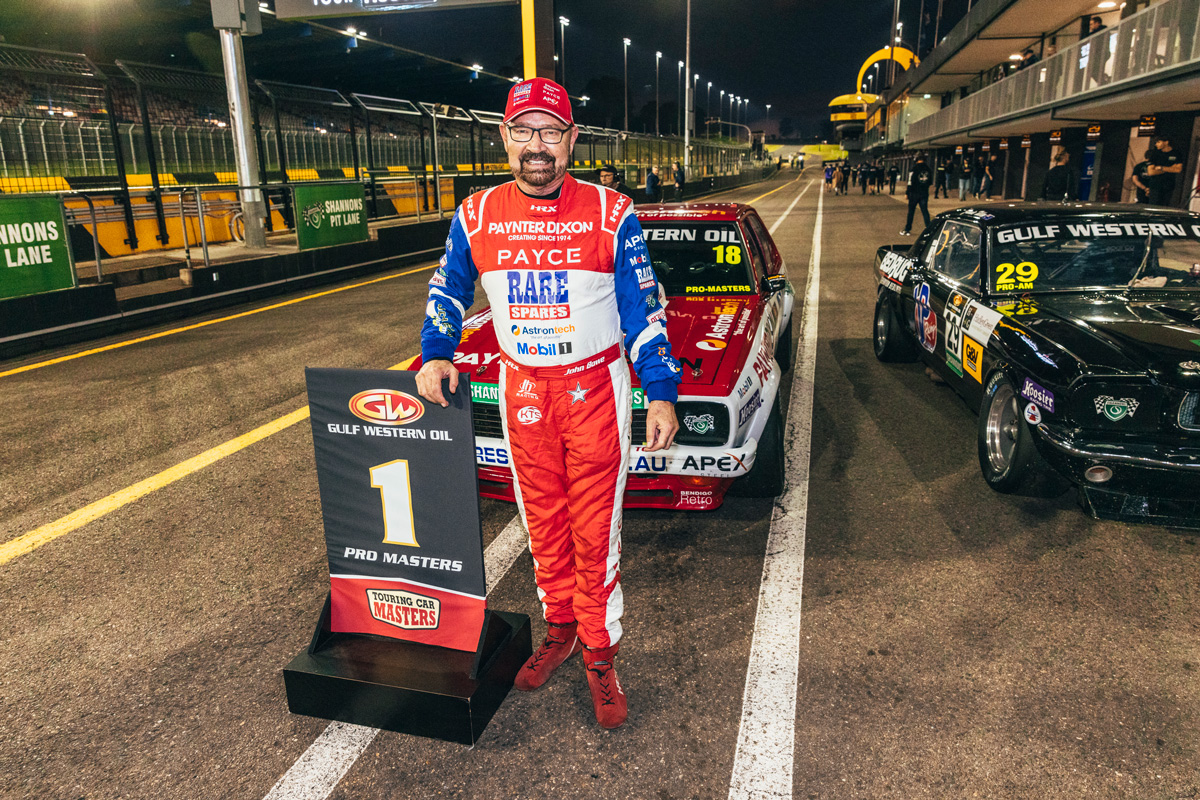 John Bowe has used every ounce of his experience to pinch a 103rd race win in Touring Car Masters.

Bowe sat on pole but initially settled into second behind George Miedecke who rocketed from fourth on the rolling start to seize the lead.

After a brief run at the front for Bowe, the lead did not sway from Miedecke until midway through the final lap.

Having lost ground for a moment, Bowe settled into a sustained pursuit, which would finally bear fruits when he executed a criss-cross out of Turn 8.

The #18 Holden Torana would go on to take the chequered flag first, with Miedecke holding onto second just ahead of Ryan Hansford and Jamie Tilley.

Series debutant Cameron McConville featured on the podium in the earlier Trophy Race but his first proper points-paying encounter unravelled on Lap 2 when he fired off at the first corner.

McConville wound up 15th; Leo Tobin was the sole non-finisher.

The Trophy Race was won by Miedecke ahead of Cameron Tilley and McConville, while Bowe finished a lap down having had smoke billowing out of his car.

Miedecke leads the series by 10 points from Bowe; Hansford is lurking just a further two points back.