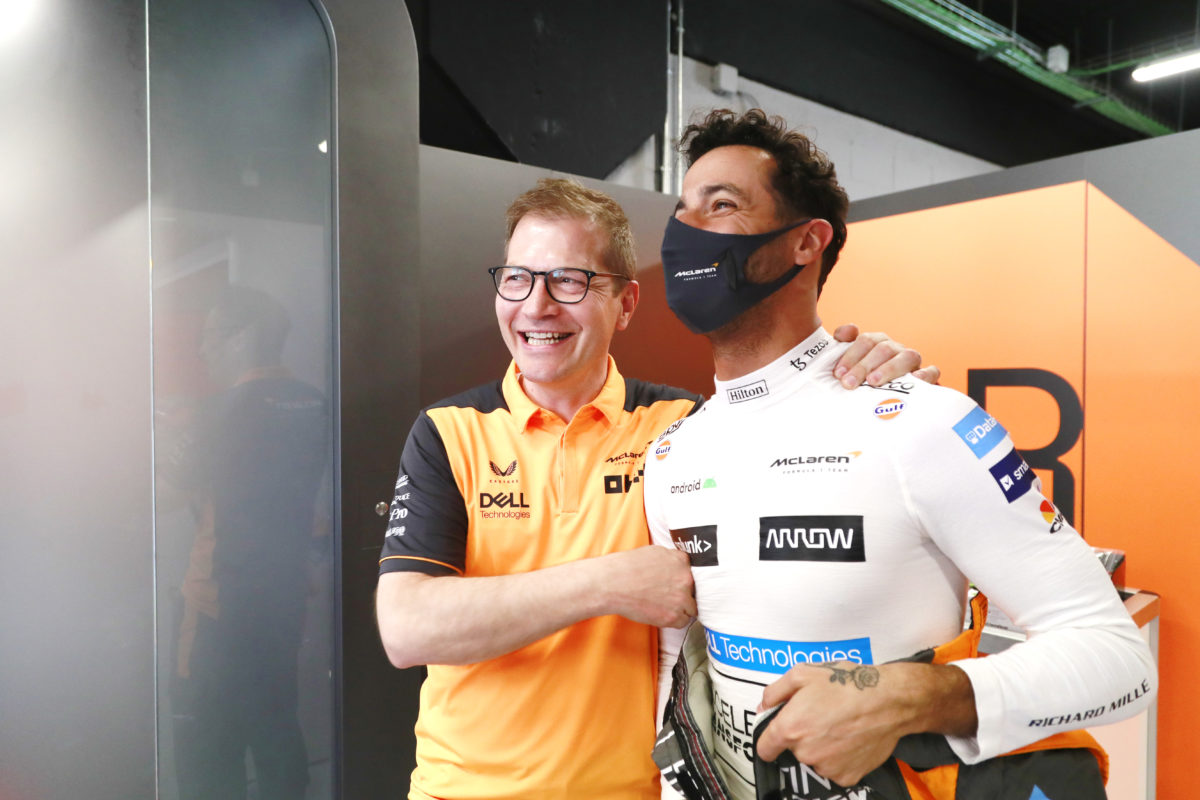 McLaren found a fault on Daniel Ricciardo’s car in the wake of his disappointing Spanish Grand Prix a week ago.

The Australian started ninth but fell to 12th by the flag on Sunday, lacking for group throughout the 66-lap affair.

Ricciardo was comprehensively out-performed last weekend by team-mate Lando Norris, the Brit rising from 11th to eighth despite struggling with a nasty bout of tonsilitis.

Following the race, the eight-time F1 race winner had no immediate answers to his struggles, with team boss Andreas Seidl also left baffled.

“We need more time to analyse and understand why he was going backwards really from the first lap onwards, and also going to different tyre specification, different tyre compound,” Seidl explained at the time.

“That is something we need to analyse and try to get on top of it, why that happened.”

Those investigations have since taken place, with Ricciardo is confident the root cause of his Circuit de Barcelona-Catalunya woes has been identified.

“We understood the, let’s say, some issues we faced over the course of the race,” Ricciardo said in Monaco on Friday.

“Looking forward to getting out on track here, it’s completely different.

“We basically found an issue on the car,” he added when pressed about the findings by Speedcafe.com.

“It’s rectified, if that’s the right word. Basically, it’s been fixed, for people with more simple English like myself.

“So coming into this weekend, we’re all sorted and [it’s] like a fresh start.”

Pressure has been mounting on Ricciardo after a sluggish start to the 2022 season.

He sits just 11th in the drivers’ championship with sixth in Melbourne his only points-paying result from the opening half dozen races.

By contrast, Norris sits seventh in the standings and has already stood on the podium, finishing third at the Emilia Romagna Grand Prix.

In that encounter, Ricciardo was embroiled in an early crash with Carlos Sainz, punting the Ferrari driver at Tamburello on Lap 1 while simultaneously taking a hit from Valtteri Bottas which left his car with damage to the diffuser.

He also had a slow start in Bahrain as he came up to speed, having missed the final pre-season test in the days prior due to COVID.

This year’s event in the Principality employs a revised format, reverting to a standard three-day weekend with opening practice moving from Thursday to Friday.

Drivers will therefore head out for the first time at 22:00 AEST tonight.