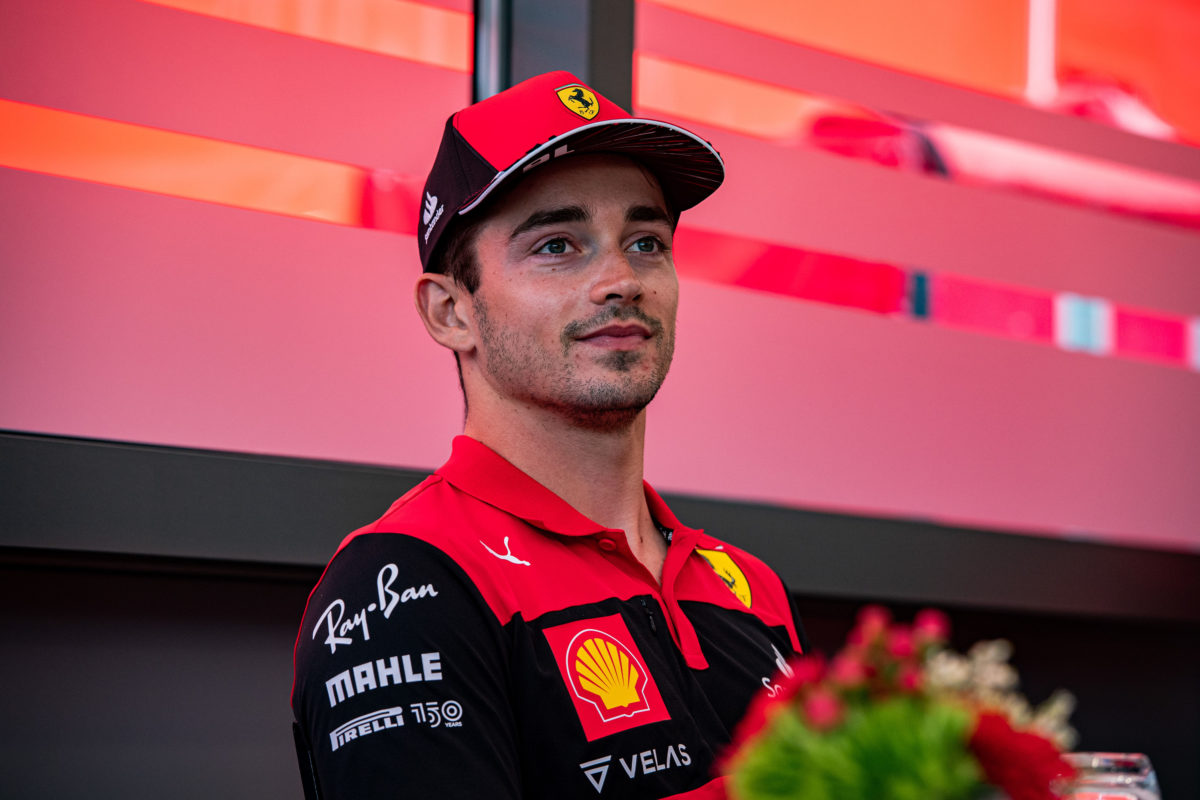 The Ferrari driver last weekend ceded the lead of the drivers’ championship after he was forced out of the Spanish Grand Prix with a ‘power unit’ issue.

That was later identified as a turbocharger and MGU-H fault, though the team has stated that it is not a reliability concern going forward.

Leclerc was leading when he retired from the race, which Max Verstappen went on to win from Red Bull team-mate Sergio Perez.

Verstappen and Leclerc have shared all six race wins between them thus far in 2022, with two for the Monegasque and four for his Dutch rival.

Unsurprisingly the pair head into this weekend’s race as favourites, though the hometown hero suggests the form book may be thrown out the window.

“Whether we are favourites here, I don’t know,” Leclerc confessed on Thursday.

“But I think that there will be surprises for this race, because as we’ve seen last year, our car was not that competitive over the course of the season, but we arrived in Monaco, and we had one of the strongest packages for this track.

“There might be some teams that we didn’t think of that might be very competitive here, and that will surprise us.

“But I’m pretty sure that we’ll be in the fight to win.”

Leclerc last year scored a surprise pole position in qualifying, despite finding the fence late in the Saturday afternoon session.

His error ultimately ruled him out of the race too as an undiagnosed driveshaft issue from the crash saw him a scratching before the race had even begun.

The 24-year-old has a disastrous record in Monaco, having not finished since seeing the chequered flag in 18th during his debut F1 season with Sauber in 2018.

More recently, he crashed while performing a demonstration run in an ex-Niki Lauda Ferrari 312B3, spinning into the barrier at La Rascasse when the brakes failed.

“No, it doesn’t, I don’t think about it,” Leclerc said when asked if his Formula 1 history at the venue played on his mind.

“It’s not been the luckiest track for me overall, but it’s life. It happens. It’s part of motorsports, and sometimes things just don’t go your way, and hopefully this year will.

“But I’ll just take the same approach as I’ve done in the first few races of 2022. Because it’s been successful until now, and hopefully it will be successful here at home.”

Opening practice for the Monaco Grand Prix gets underway at 22:00 AEST tonight.