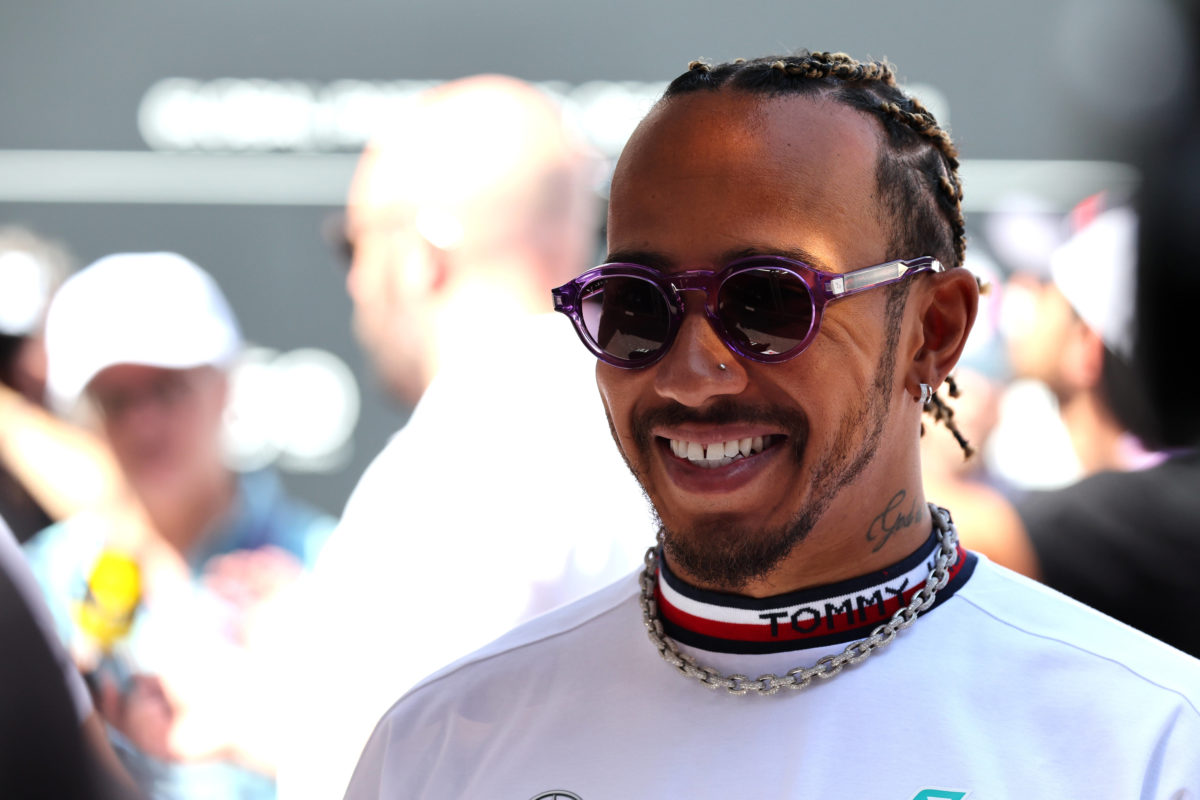 A pin has been put on the FIA’s clampdown on Formula 1 drivers wearing jewellery while on track for now.

An exemption to the clampdown that was set to come into play for the Miami Grand Prix has been pushed out a further two races until the end of June.

It has been something of a talking point since the Australian Grand Prix when race direct Niels Wittich put the grid on notice regarding both jewellery and fireproof underwear.

Lewis Hamilton took issue with the stance, noting he had some piercings that could not be removed.

Initially given dispensation with an extension to have those permanent piercings dealt with in time for the Monaco Grand Prix, that has now been delayed further.

The FIA has pushed out its dispensation period, which in reality is an Article under the International Sporting Code introduced nearly two decades ago, until after the Canadian GP.

That’s the result of ongoing discussions between between the drivers and the FIA, which have expanded to now include the sport’s medical staff.

While Hamilton is the most impacted, with his nose piercing having remained in throughout the process thus far, other drivers have weighed in.

A number of questions have been raised which highlight the confusion surrounding what, on the surface, appears a straight-forward issue.

Drivers who are married, for instance, are uncertain whether they’re allowed to wear their wedding ring.

In Miami, Kevin Magnussen revealed he was told he’d face a $75,000 fine should he wear his wedding band in the car.

“I like wearing my wedding ring, so if it’s allowed that I can wear it, then I will wear it,” he said.

“That’s it, I put it right in my drawer, not going take the risk.”

However, he suggests he should be allowed to accept the liability associated with that decision, the point the drivers are debating with the FIA.

“I’ll take a little bit of extra burn on my finger to race in my wedding ring,” he stated.

“And if something was going to happen, something bad, I would want to wear my wedding ring, it kind of feels bad to take it off.

“With something like that, like your wedding ring, let us take that responsibility – there must be somehow to remove liability.”

On Hamilton’s part, the seven-time world champion is tired of the attention given to something he doesn’t believe needs to be an issue.

“I think we’ve all worn jewellery our whole careers in Formula 1,” he said, noting the rule was introduced in 2005.

“It’s not been a problem in the past and there’s no reason for it to be problem necessarily now.

“It definitely is positive that we’re working with [the FIA] and I think they’re accommodating a little bit at the moment, but we shouldn’t have to keep on revisiting this thing every weekend, we’ve definitely got bigger fish to fry.”

In the interim, Hamilton is removing his earrings and other jewellery prior to climbing into the car, though his non-removable piercings have remained in place.