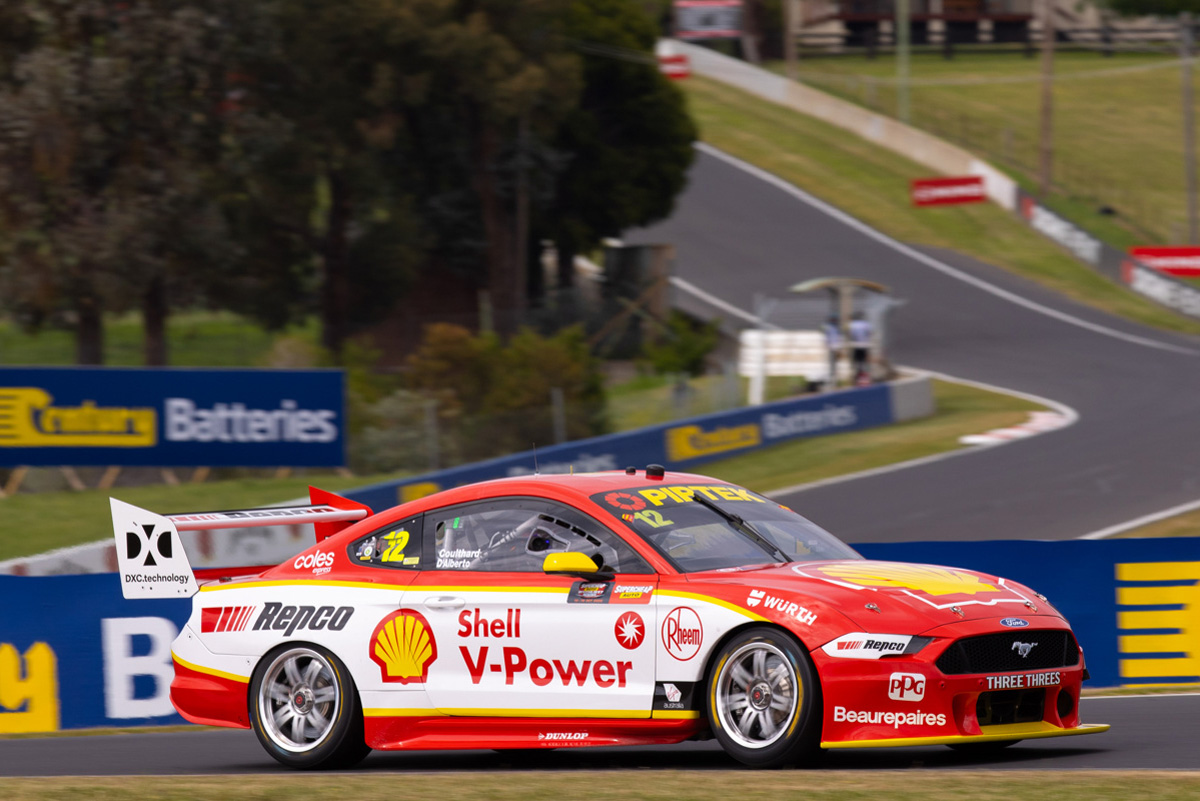 The Shell V-Power Racing Team has confirmed it has sold one of its spare Mustang Supercars which will be raced by Anderson Motorsport in the 2022 Bathurst 1000.

However, the team has moved to distance itself from the wildcard effort, with its full focus divided between its regular two cars plus its work as the Ford Gen3 homologation team.

Rival reports indicate Anderson Motorsport owner Michael Anderson will be one of the drivers, and that the car is that which Fabian Coulthard drove for a number of seasons towards the end of the DJR Team Penske era.

There is no clear word yet on who will co-drive with Bathurst local Anderson.

In response to the news breaking, Dick Johnson Racing has moved to clarify that the Anderson wildcard will not be a third DJR car at Bathurst, but rather a separate entry.

“The team can confirm that Anderson Motorsport has purchased a DJR Mustang that will be raced by Anderson Motorsport with minimal technical support from DJR over the event before racing in the Super2/3 Series field in 2023 as the Gen2 model cars retire from current Supercar racing.

“The DJR team’s efforts are focused on cars 11 & 17 for the Great Race campaign and the continued development of the 2023 Gen3 Ford Mustang.

“The team wishes the Anderson Motorsport Team the best of luck for their Repco Bathurst 1000 campaign.”

There is now set to be 28 cars on the Mount Panorama grid come October 6-9, with three wildcards to complement the regular 25-strong field, also including Erebus Motorsport/Boost Mobile’s campaign with Greg Murphy and Richie Stanaway, plus a to-be-announced third Triple Eight Race Engineering Commodore spearheaded by Craig Lowndes.

DJR has confirmed an unchanged driver roster for its two cars, with Anton De Pasquale joined by Tony D’Alberto in the #11 and brothers Will and Alex Davison sharing the #17.

Anderson Motorsport has run teams in the Supercars feeder series for some time now, including for Tyler Everingham in Super2 (2020) as well as Jayden Ojeda, Declan Fraser, Brad Vaughan and Anderson himself in Super3.