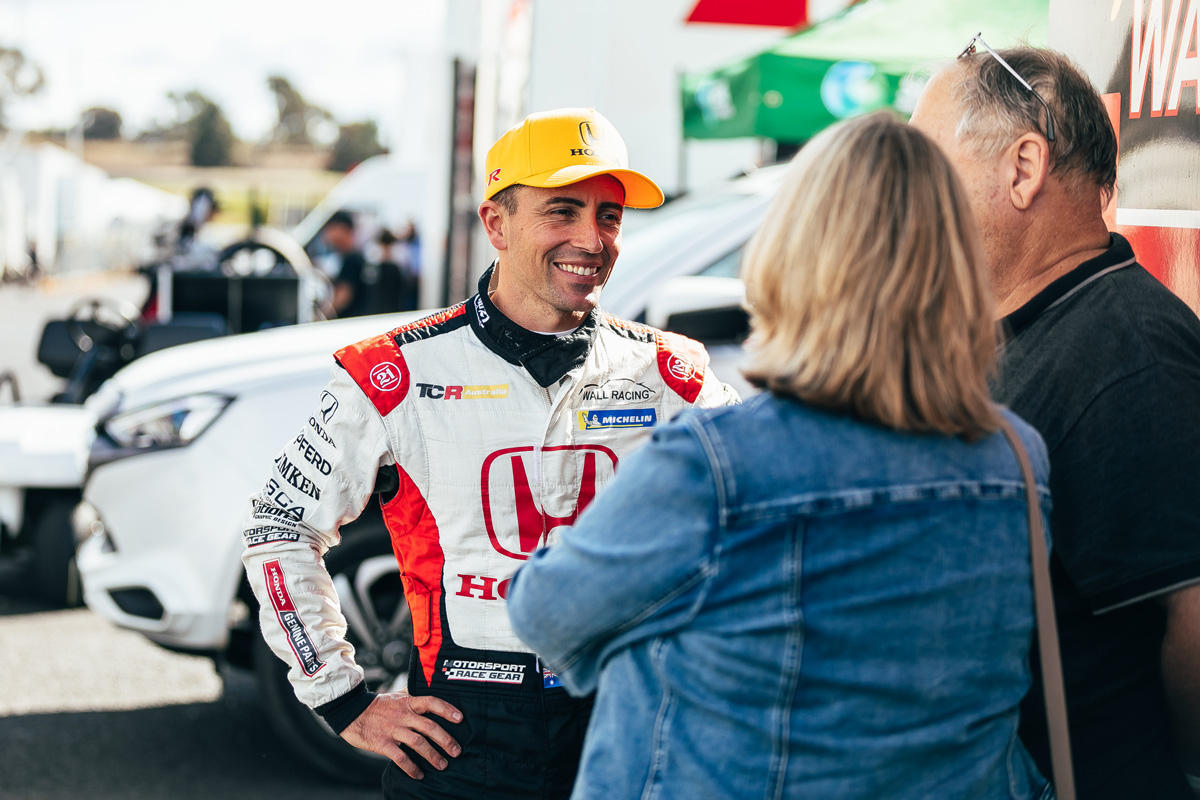 Tony D’Alberto says making his Honda Civic Type R a “rocketship” will be his best hope of staying out in front in Supercheap Auto TCR Australia.

D’Alberto enters Round 4 of the season this weekend at Sydney Motorsport Park with a 37-point lead in hand – a bigger margin than that which covers drivers second (Will Brown on 285 points) to 11th (Bailey Sweeny on 249).

The Shell V-Power Racing Team co-driver remarkably is still without a TCR race win but has been the epitome of consistency, yet to record a finish lower than ninth in 2022.

Keeping that record intact was particularly impressive at the most recent Mount Panorama round, where the Honda machines tend to struggle.

But now, it’s about making gains rather than just simply hanging on.

“It’s bloody hard at the front I tell you; it’s really, really difficult as everyone is so fast you have to do everything right to try and get a result,” said D’Alberto.

“I felt like we didn’t have the pace onboard at Bathurst, so we maximised what we had and going forward I know we’re in a very good spot.

“Title-wise, our best defence is going to be a fast car, and that’s all we’re working on.

“My engineer David Fyfe doesn’t want to talk about the series, he just wants to make the Honda a rocketship, so that’s our focus.”

The series will tomorrow hold its first ever night race, something which D’Alberto tipped to be quite the spectacle.

“The turbos love the cool conditions and we did see a little bit of that during the second race [Bathurst] as it started getting dark and the conditions were good. Far out the cars were absolutely humming,” he said. 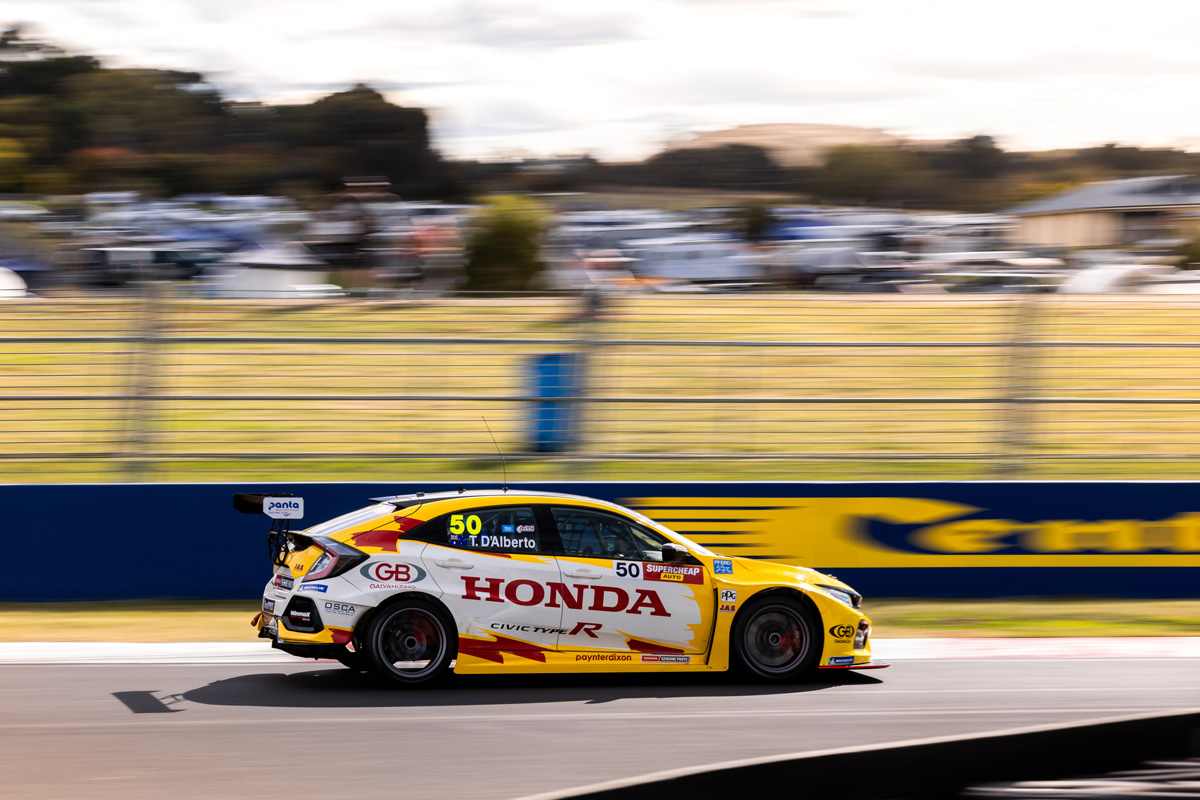 The Wall Racing Honda squad will be bolstered by the return of Fabian Coulthard for the occasion, the #24 Stan Sport-backed driver having won his two most recent starts at Phillip Island before missing the Mount Panorama round after contracting COVID-19.

Coulthard will dovetail his driving with pit reporter duties on the Stan Sport broadcast.

Meanwhile, one of D’Alberto’s chief title rivals, Dylan O’Keeffe, is looking to mimic the #50 pilot’s approach to beat him at his own game.

“The way the TCR series is structured, with the reverse-grid races and differences in car performance between tracks, I think you always have to drive with one eye on the championship,” said O’Keeffe, who holds third overall.

“Of course, I always want race wins but what we’ve seen so far this year is that a smart and sensible approach, where you avoid DNFs, will ultimately reward you.

“Look at Tony D’Alberto – he hasn’t won any races but he also hasn’t had any terrible results, and that’s why he’s leading the championship.”

The first of three TCR races this weekend will kick off at 18:55 AEST tomorrow.