Attracting young drivers to Australian GT a focus for SRO

Attracting young drivers to Australian GT a focus for SRO 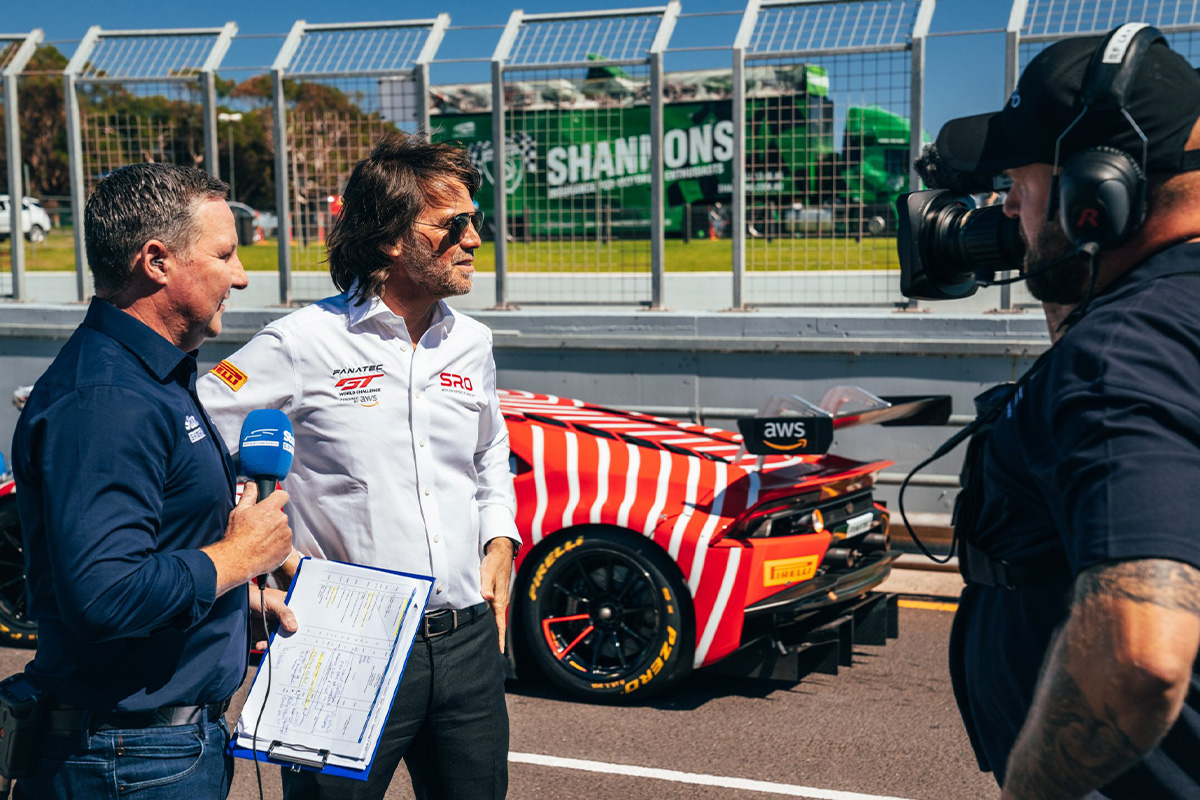 Making GT racing in Australia a more attractive stepping stone to Europe for young up-and-coming drivers is at the top of SRO Motorsports Group’s wish list.

Since the rebrand in 2021, SRO boss Stephane Ratel made his first trip to a Fanatec GT World Challenge Australia Powered by AWS event earlier this year.

At face value, little has changed since the alignment with SRO to bring Australian GT into the family of continental GT categories in Europe, America and Asia.

Ratel is optimistic about the development potential of GTWC Australia and believes the series is working “better and better” following SRO’s involvement.

One of the ideas tabled is to make GT racing in Australia more appealing for young talent to springboard into higher levels of the discipline overseas.

That would rely on manufacturer support and brands welcoming candidates from Australia into their customer racing programmes, however.

“We have the key elements; the next step is to attract young drivers, or more Silver[-rated] drivers.

“The question is, do we want to leave it like this? Or do we want to make it a championship that welcomes young drivers that want to start there and, you know, continue their career there?

“And eventually, with a way to come to Europe, to America and to be more linked with manufacturers and all this.

“That is a question mark that we’d love to answer in the future.

“Maybe with an internal promotion, that if you win the championship under a certain age, you get a drive in Europe or in America.

“I mean, if an investment has to be made, it will be more in that area.”

Ratel acknowledged that Australia is a unique marketplace in that GT racing and Porsche Carrera Cup have crossover in competitors. With the arrival of the latest generation Cup car in the country, Carrera Cup has seen an influx of interest, as has been typical over the years, with 31 entries for its most recent round at Winton.

“It’s quite a unique situation because none of our [other] GT World Challenge series is competing with Carrera Cup,” added Ratel.

“Normally you have all the one-make series…and then the next step when drivers have raced in there…usually they step up to GT3.

“So I would see Carrera Cup as a feeder series to GT World Challenge [rather] than a competition because nowhere [else] it’s a competition.

“Also we need [Carrera Cup], the more successful one-make series we have, the best it is for GT3. A strong Carrera Cup [grid] is normally an encouragement for what we’re doing.”

Ratel is pleased with the foundations of GTWC Australia and sees strength in the TV package.

Given the series is also looked after under the Australian Racing Group portfolio, the action is live-streamed on Stan Sport and gets some free-to-air coverage.

“We reinstalled some driver hospitality, which is something that I think that teams really wanted in Australia,” he said.

“We have, I think, a very good TV production. We have some distribution.

“We need to go step by step; we have a good Pro-Am; if I compare, it’s very similar — which is a great long-standing success — to the British GT Championship that we have.

“It’s very based on the same, it’s Pro-Am, and it’s a very high level and working very well with Pro-Am.

“Because I think in terms of the calendar, of the relation with [Motorsport Australia], of the TV production, of the TV distribution, it’s quite good at the moment.”

The next round for GTWC Australia takes place at Queensland Raceway from August 5-7.