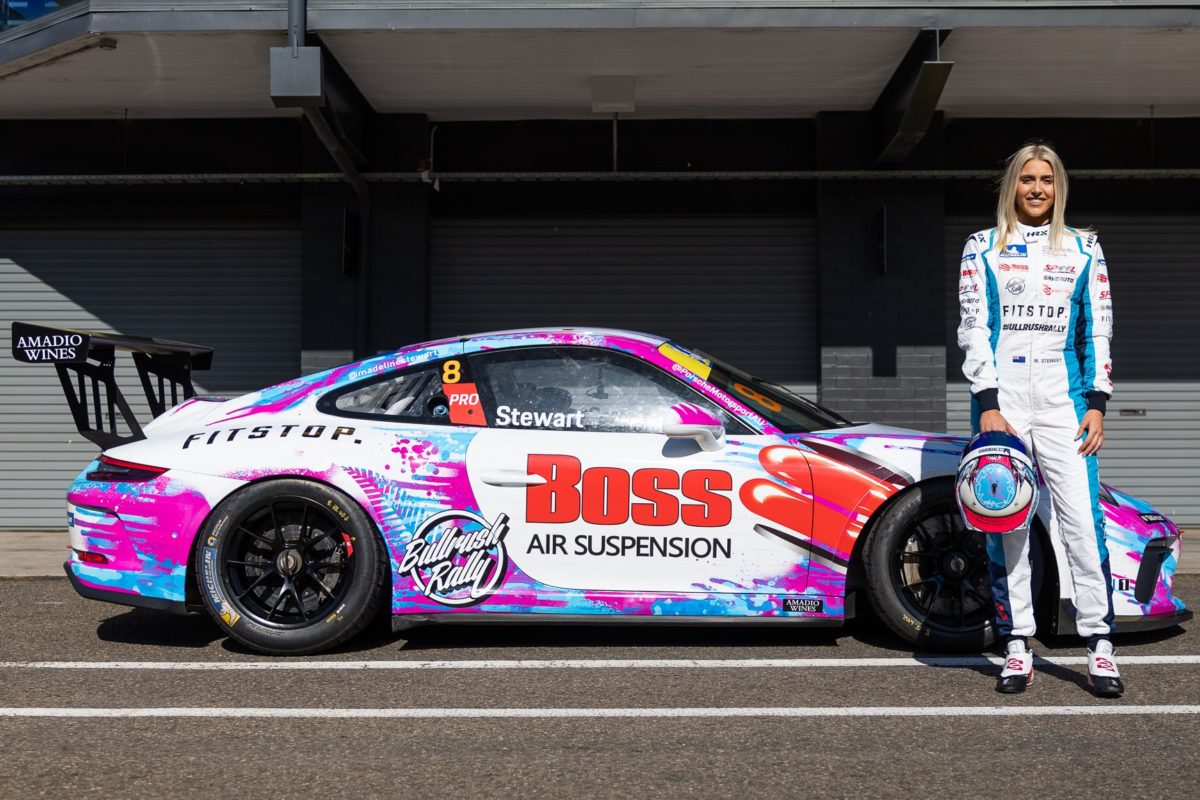 Madeline Stewart has shown off a colourful livery for her 991 Cup car ahead of this weekend’s first round of Porsche Michelin Sprint Challenge Australia, at Sydney Motorsport Park.

The look of the #8 Earl Bamber Motorsport entry is a result of new backing from Bullrush Rally, dubbed ‘Australia’s ultimate road trip’.

“Obviously we didn’t have a great season last year as we only got two rounds in at the start, so I’m looking forward to a full-season of Porsche racing.

“I’m back with Earl Bamber Motorsport, we had a great start last year and I’m stoked to have Earl mentoring me again.

“We’ve partnered with Bullrush Rally this year and the livery looks amazing. Marko [Seider, Bullrush founder] has been awesome in facilitating that and creating an awesome design, so I’m excited to be partnered with them in 2022.

“We’ve completed a few test days at the start of this year to build on the momentum after not going to race much last season.

“We had a successful test at Sydney Motorsport Park a few weeks ago, it’s actually one of my favourite tracks and we’ve got a good field for this weekend.

“I’m just excited to get back racing.”

Porsche Michelin Sprint Challenge will have practice and qualifying tomorrow, ahead of three races across Saturday and Sunday.

All three of those encounters can be seen live and ad-free on Stan Sport, as part of its coverage of the Shannons Motorsport Australia Championships.