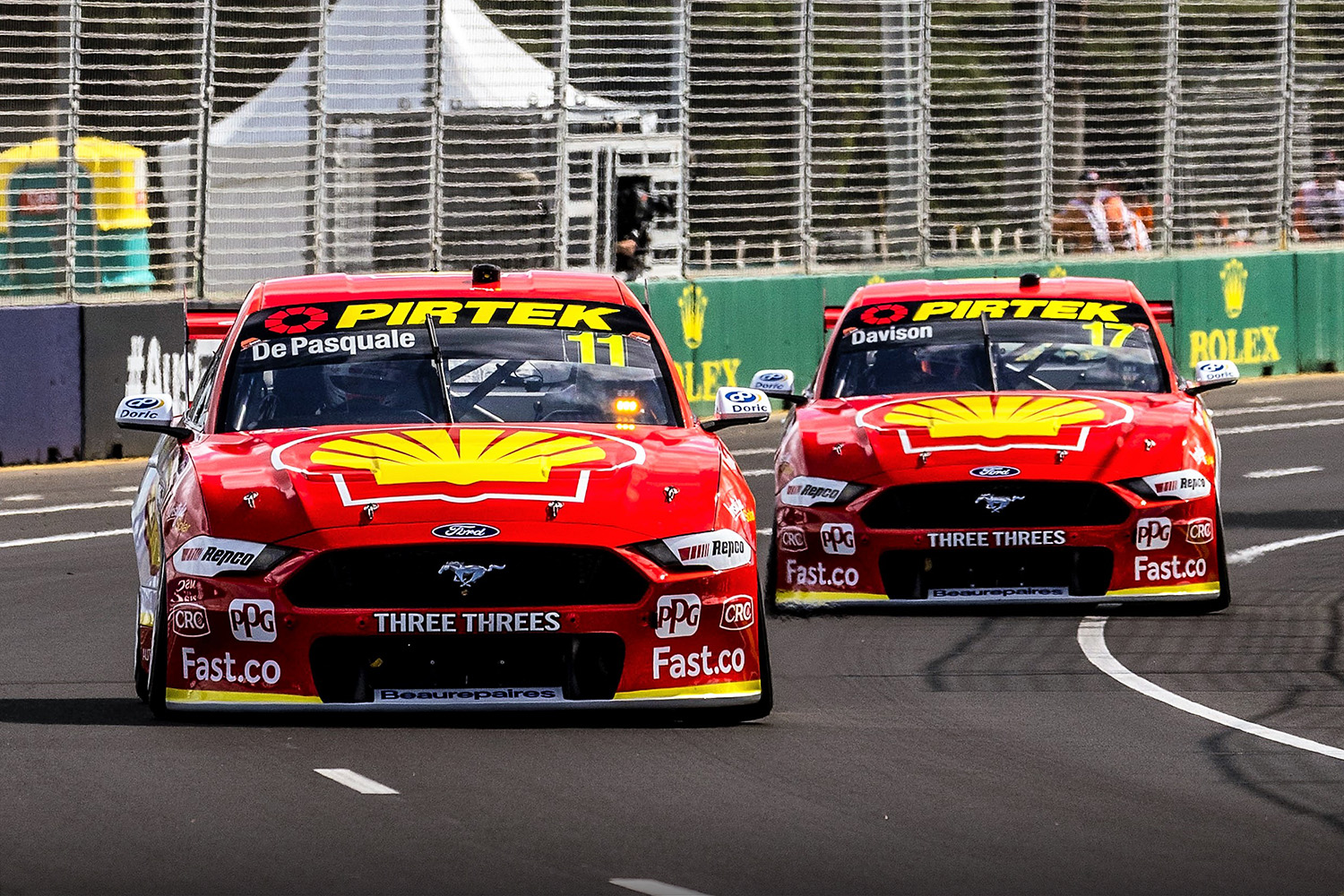 The iconic colours of oil brand Shell are set to stay at Dick Johnson Racing, the team has announced.

A multi-year naming-rights extension has been signed with Viva Energy Australia that will see the Stapylton squad continue under the Shell V-Power Racing Team banner.

Dick Johnson Racing has long been associated with Shell, the relationship stemming back more than 50 years to 1967.

In 2017, Shell returned as the naming rights sponsor having last donned its pair of Fords in 2004.

The red, white, and yellow scheme has long been associated with Johnson’s team.

Together, the team most recently won the Supercars drivers’ and teams’ championship crowns in 2020.

“To have the premium fuel brand – Shell V-Power – continue to support DJR, from my years of racing to our current team is something that I am very proud of,” said Dick Johnson.

“It’s not very often that you see an organisation support one sporting team for a sustained period. None of our partnerships are just stickers on race cars.”

The deal means Shell will continue into the new era of Supercars, dubbed Gen3, with the new-look Ford Mustang.

“Viva Energy Australia has been a fantastic partner for our team over the last five decades and a significant part of our success since becoming the naming rights partner in 2017,” said Dick Johnson Racing executive chairman and co-owner Ryan Story.

“To achieve what we have achieved with Viva Energy Australia on and off the track is something not many sporting teams could do. I am incredibly proud of everyone involved.

“With the introduction of Gen3 in 2023, I can’t wait to see the Shell V-Power Ford Mustang GT out on track in Newcastle to open the season.”

Megan Foster, Viva Energy Australia executive general manager consumer, added, “We are so proud to be associated with Dick Johnson Racing and to have been part of the rich history for over five decades. It simply makes perfect sense for us to sign on and continue our partnership into the future.

“Viva Energy Australia and DJR aren’t just aligned in delivering quality fuels and superb racing, both organisations have strong sustainability ambitions, and we are doing our part to address the impacts of climate change in Australia.

“We believe in everything the team is doing, led by motorsport royalty in DJ and of course Ryan Story. The team members are great ambassadors for our brand, amazing contributors to the overall sport and we have a fantastic collaboration between our two organisations.