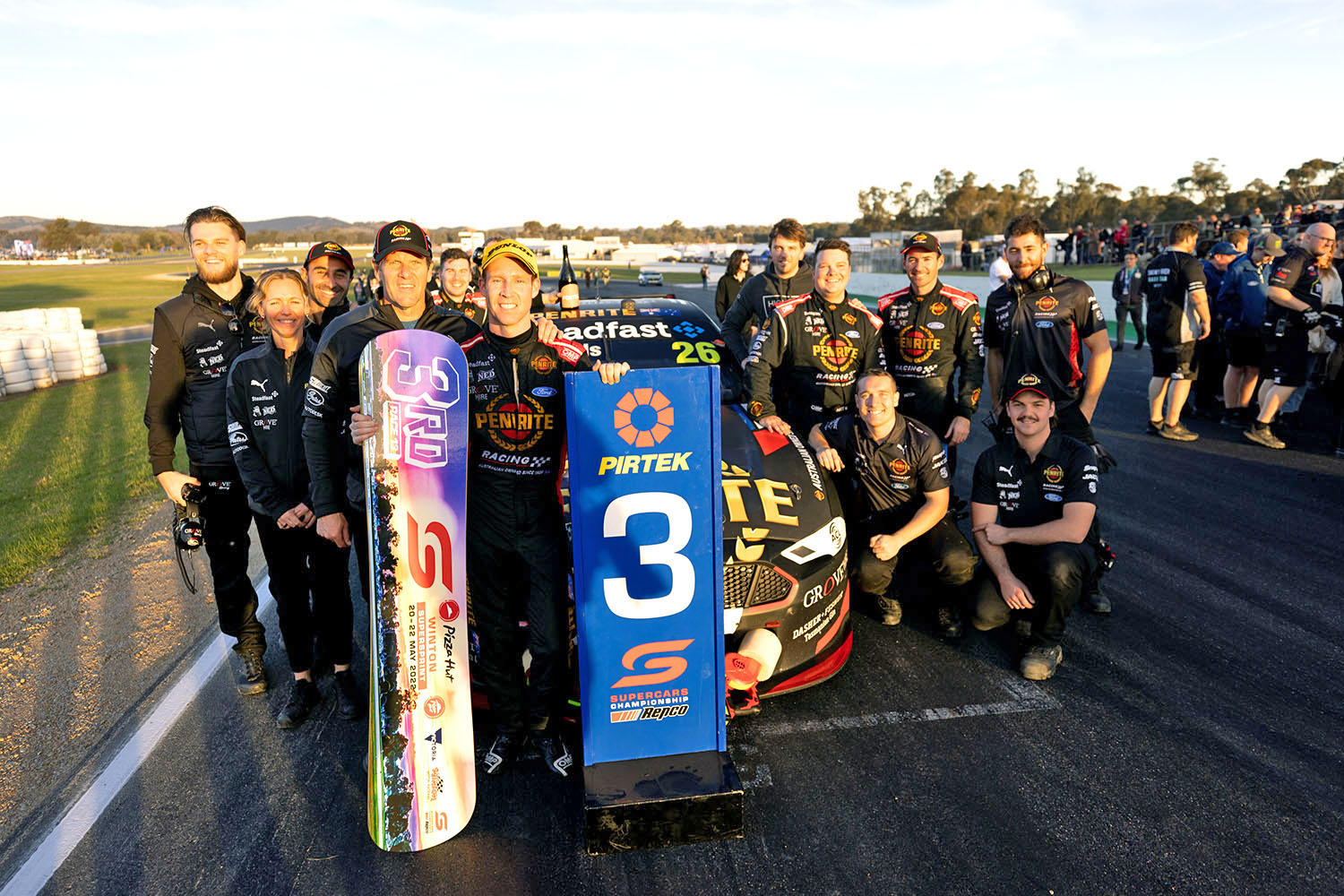 David Reynolds is adamant his first Repco Supercars Championship race win with Grove Racing is within reach after a string of podium finishes.

Off the back of buying out the Kelly family in the Braeside-based business, the Grove-led squad has quickly risen to the fore.

At the close of the 2021 season, the team languished in the teams’ championship in eighth with one win for Andre Heimgartner and one podium for Reynolds.

In the off-season, the team has undergone significant structural changes. Gone is Heimgartner and in his place last year’s Bathurst 1000 winner Lee Holdsworth.

Dilan Talabani followed Heimgartner out of the organisation with ex-Formula E engineer Will Davidson stepping in.

Add to the mix David Cauchi, formerly of Triple Eight Race Engineering, who took the reins as team principal.

Despite Gen3 looming, the team has invested heavily in developing its Gen2-spec Ford Mustang pair and made significant headway in the championship.

Already, Reynolds has enjoyed the fruits of the team’s labour recording a remarkable six podium finishes in just the first 15 races.

As a result, he holds fifth in the drivers’ championship. Holdsworth, meanwhile, is knocking on the door of the top 10 in 11th.

“It’s been quite significant and come a lot faster than we all could have imagined, which is unbelievable,” Reynolds said of his recent success when speaking to Speedcafe.com.

“Even the whole culture has changed as well, even down to our pit stops. Our crew has been incentivised to do a better job where a lot of other teams probably don’t have that capability.

“Every tenth counts, mistakes happen, but making them smaller and less frequent is crucial.” 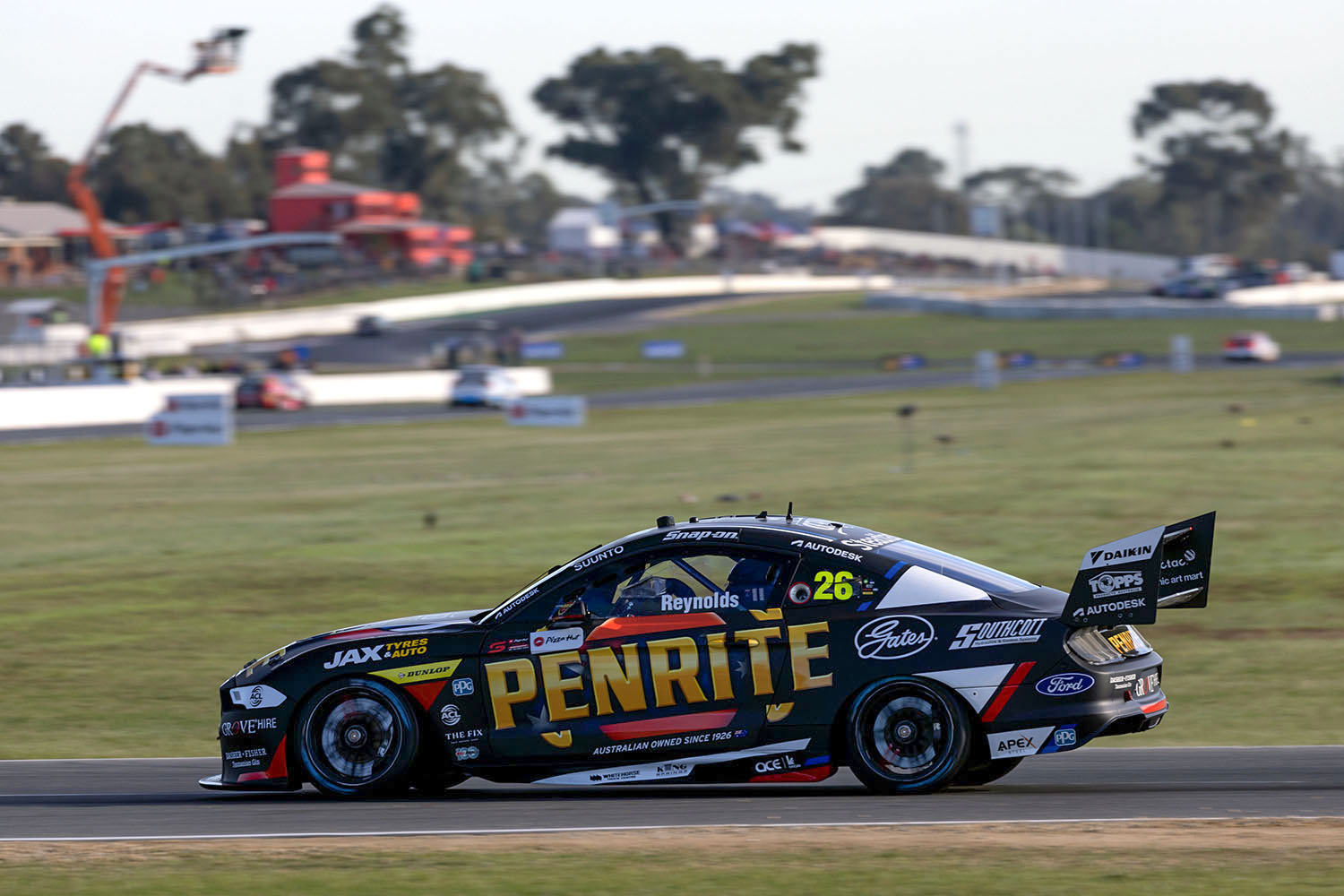 Of those six podiums this season, two of them have been as runner-up.

Those came at the Formula 1 Australian Grand Prix-supporting Melbourne 400, where Reynolds also earned his first pole position since the 2019 Townsville 400 with Erebus Motorsport.

At times, Reynolds looked like he would threaten for pole position and even a race win at the most recent Winton SuperSprint.

However, the scalps would ultimately go the way of Tickford Racing’s Cameron Waters and Triple Eight’s Shane van Gisbergen.

“I don’t think it’s too far away at all,” said Reynolds.

“Obviously, Shane is very good and their cars are very, very fast no matter where they go.

“Every now and again they can stuff it up and provide other opportunities for other people.

“I’d rather just beat everyone on merit, on pure pace. You’ve got to go through your car with a fine-tooth comb and figure out how to make it better and faster.

“I’ve got a lot of enjoyment out of how this year has happened I suppose – and quickly.

“Obviously with the extra people coming to our team, the direction and that has just been great to see.

“I’m in a really good place, I love it. Motor racing is way more fun up the front. I’m really enjoying having a chance.”

As for what’s going to make the difference between getting one up on his rivals, Reynolds said there’s still some work to be done on the Ford Mustang pair to be better in qualifying.

“We need to do a better job in qualifying,” said Reynolds.

“We’re still deficient in a few areas compared to other cars. Once we fix those, I think we’ll have a potential race-winning package.

“I sort of felt going into the weekend we had one of the fastest cars and it was proven in the first couple of runs. Then, maybe the track changes quite a bit more. We maybe didn’t adjust to it much.

“There are some deficiencies in our car, which the other cars don’t have. Once we fix those, I think we’ll be in a better spot.”