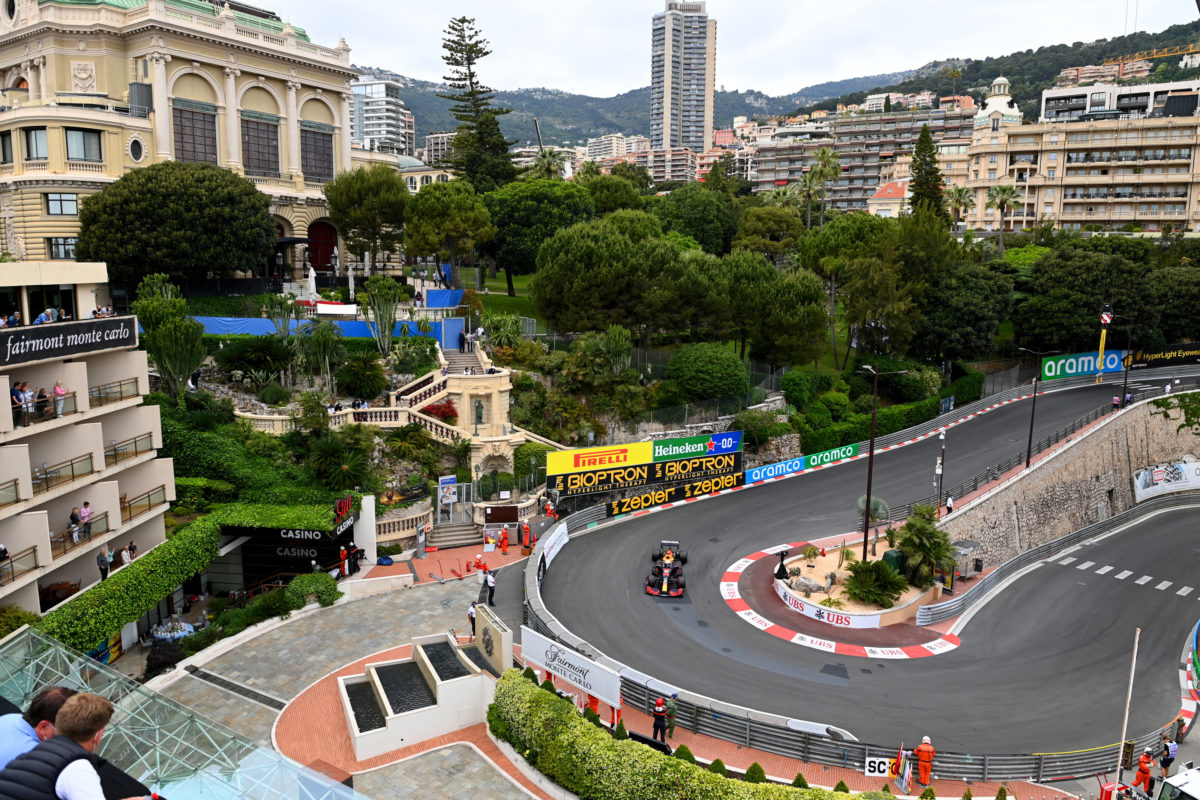 Max Verstappen during the 2021 Monaco GP

Max Verstappen and Sergio Perez are readying themselves for a “very intense” qualifying session around the streets of Monaco.

Formula 1 visits the Principality this weekend, a venue steeped in history but famed for its lack of overtaking opportunities.

A premium is therefore placed on qualifying performance, with a good result on Saturday typically setting the tone for Sunday’s outcome.

“Monaco is one of the most special weekends of the season, especially that Q3 on Saturday,” observed Perez.

“Qualifying can become very intense there because you know 99 percent of your result is done on Saturday.

“I love the track there, it’s just great, you cannot make a mistake in Monaco because if you do, it is normally very costly.

“I had a great shunt on my first attempt at Q3 in Monaco, when I lost the car coming out of the tunnel, it was probably my worst in Formula 1, yet still I love that place and driving that track.”

Verstappen added: “Monaco is always a hectic but special weekend.

“Qualifying is critical, the track is very old school and narrow, your heart rate goes so high, it’s insane!

“We have to constantly be on the edge, it’s a pretty crazy track with Formula 1 cars.”

The Dutchman won around the streets of the Principality last year, the first time he’d stood on the podium at the event.

“My Monaco race history was not so good but I finally won there last year and there was a massive relief once I crossed the line, I was very happy to win that race,” said Verstappen, who now leads the drivers’ championship after last weekend’s Spanish Grand Prix.

“Checo and I are working really well as a team and it is of course great that we are leading the constructors’ and drivers’ championships but there is still a very long way to go and a lot can change, as we’ve seen so far this season.”

Across the garage, Perez was fourth in last year’s race, his best result coming in 2016 when he finished third for Force India.

“Last time out in Monaco is always irrelevant because every weekend in Monaco is very unique, I think the atmosphere and the history there just adds to that too,” he noted.

“We have incredible momentum as a team right now and we just keep pushing.

“I am excited to see how the car performs around the Monaco track, I will give it my all.”

Opening practice in Monaco gets underway at 22:00 AEST on Friday.