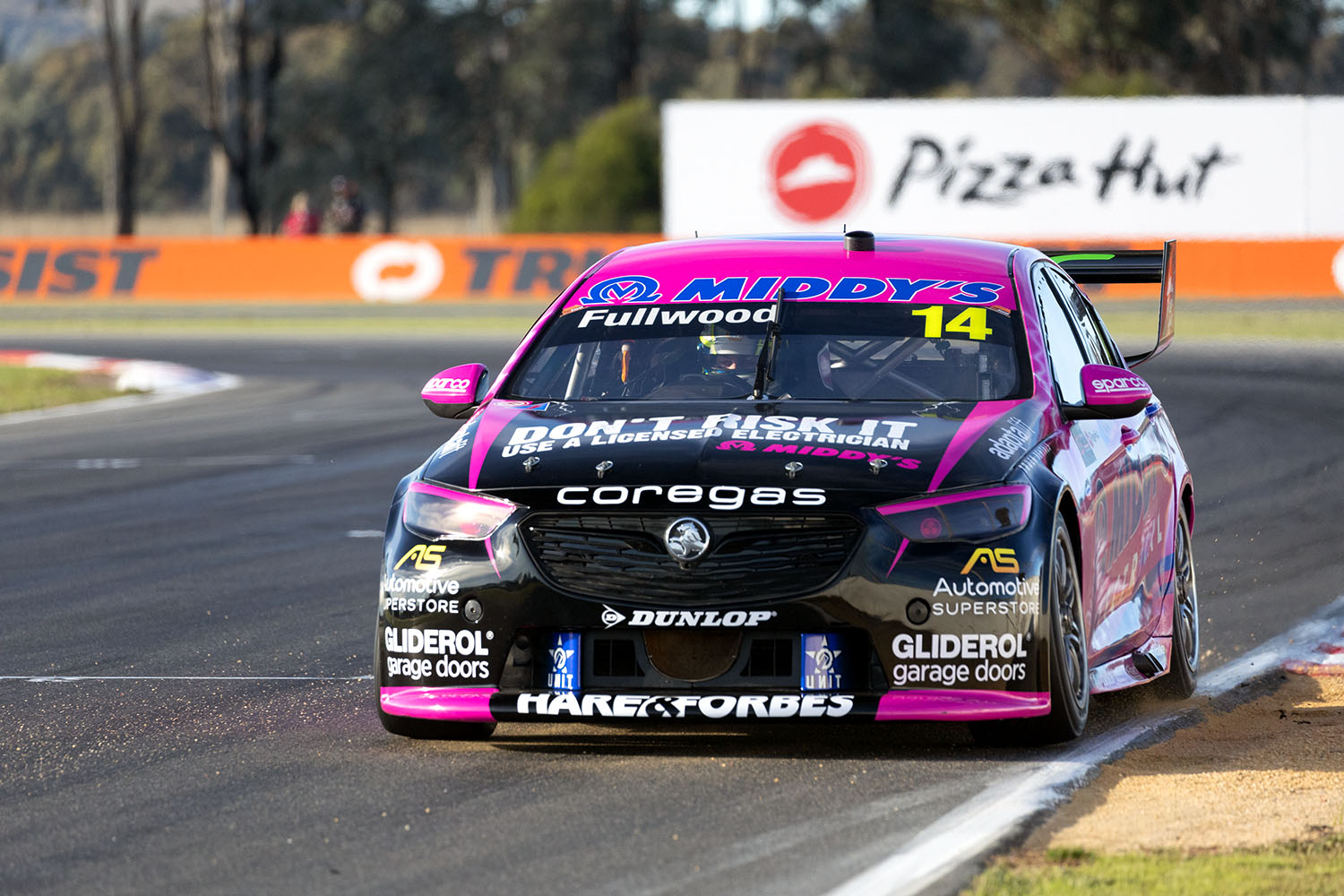 Bryce Fullwood has had a tough start to his tenure at Brad Jones Racing. Picture: Ross Gibb

Brad Jones believes it’s only a matter of time before Bryce Fullwood finds his feet and brings the Albury-based squad better results.

This year, the Darwin driver made the move to Brad Jones Racing off the back of his first two years as a Repco Supercars Championship full-timer at Walkinshaw Andretti United.

So far, it’s been a slow start for the 24-year-old, whose best effort to date remains a pair of 10th place finishes at the Melbourne 400 in what has been an otherwise difficult year.

Brad Jones Racing has struggled as a whole in 2022, though lead driver Andre Heimgartner recently enjoyed an uptick in speed.

The Kiwi scored podium finishes in successive rounds, though he only sits 12th in the drivers’ championship and the lowest of any in the standings to have a podium to their name.

Macauley Jones is the next best of the four-car lot in 17th while Fullwood occupies 21st. Jack Smith, meanwhile, sits 25th.

Nevertheless, the team boss said concessions can be made for Fullwood in the early phase of his tenure.

“Young guys come into a team and some go really fast and some take time to grow into it,” Jones told Speedcafe.com.

“If you look back over the history and see what they’ve done, you’ve got a bit of an idea where they’ll end up.

That process of getting up to speed is two fold in some respects as Phil Keed reacquaints himself with the Jones-led squad he worked for between 2010 and 2015.

“I feel that it’s on steroids a bit with Bryce because he’s got a new engineer that’s new to the team as well, even though Phil has worked here previously,” Jones said of the integration process.

“It’s great to have him back. His intensity, he’s exactly what I remember, and they’re trying hard to get a result.

Although it’s been a slow start for Fullwood, Jones is optimistic that the forthcoming Merlin Darwin Triple Crown will bring better results.

“Sydney Motorsport Park was good. We’re going to go to a couple of places where our cars are traditionally strong.

“This is only his third year, there are lots of things, and he’s trying very hard. We just need to wait.

“I feel like it’s time. Same with Jack and Macauley, to be honest. I feel like they’ve taken a step up this year and when you think about it, there’s not many – one or two – new drivers in the category, so you actually have to climb over the top of someone to improve your results.

“It’s just a work in progress. You’re seeing glimpses of speed with those two, but you’re also seeing tough races.

“By and large, I’m happy with where we’re at and where we’re going. The place is back to normal and it’s balanced, everyone is getting along great, that’s all part of a strong team.

“I haven’t spoken too much to him about [WAU] versus what he’s experiencing here, but I watch him go through the pain and I feel like the thing that will make the difference is time, time and being familiar with the people, and the car, and the expectation comes with that.