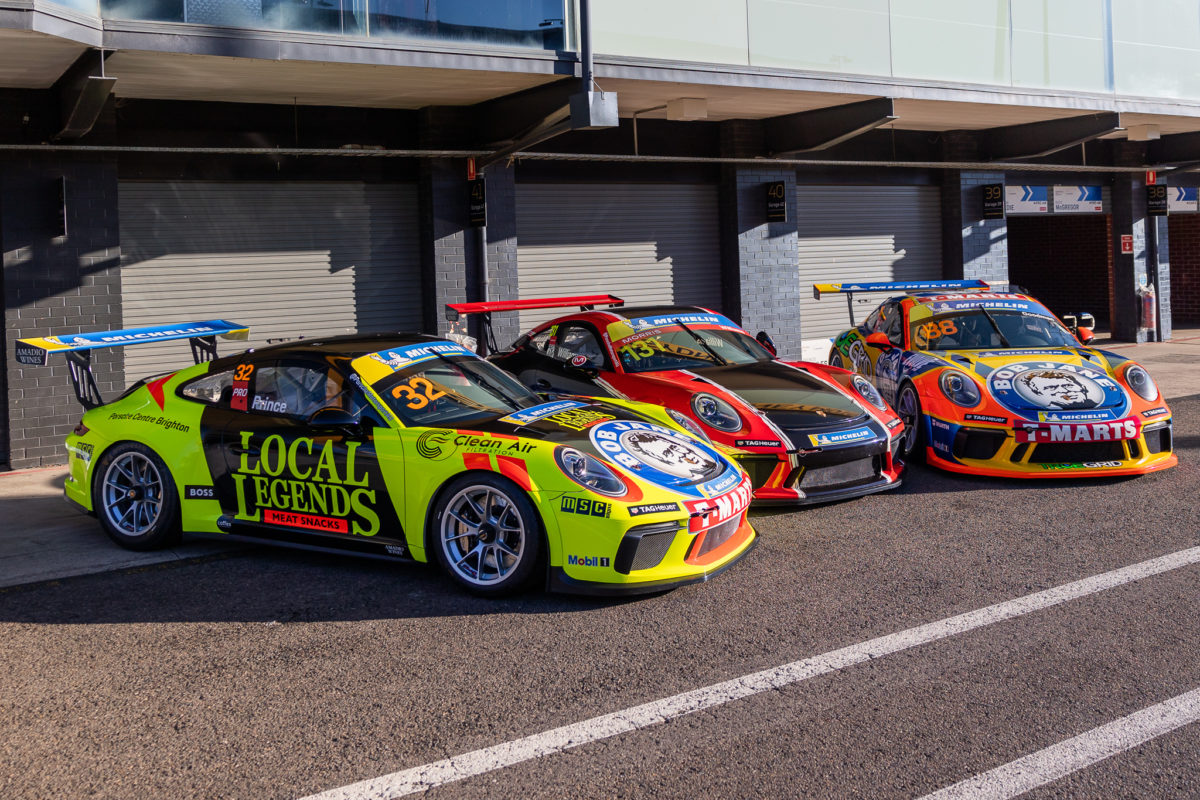 A 27-driver entry list has been revealed for Round 1 of Porsche Michelin Sprint Challenge Australia, this weekend at Sydney Motorsport Park.

Goodman finished fifth in the Australian Formula Ford competition last year, and will be racing a tin top for the first time at Eastern Creek, with Sonic Motor Racing Services.

“I’m definitely excited and it will be good to be racing in a competitive field,” he said.

“It’s going to be very different to the Formula Ford, but the cars handle similar to each other, which is helpful.

“Michael and Maria [Ritter, team owners] have been very helpful during the transition from Formula Ford to Porsche, and without them I wouldn’t be able to do it.

“I’m excited to be driving the Bob Jane T-Marts entry. It’s one that has a lot of history with Sonic and to represent an iconic brand is one I’m thrilled to be a part of.

“It’s been a fairly fast learning curve with just three test days, but I definitely think we’ve done enough to be competitive at the first round and I’m keen to get started at Sydney Motorsport Park this weekend.”

In the Morris Finance Pro-Am class, Sam Shahin is backing up from last weekend’s Carrera Cup round at Winton.

Porsche Michelin Sprint Challenge will have practice and qualifying tomorrow, ahead of three races across Saturday and Sunday.

All three of those encounters can be seen live and ad-free on Stan Sport, as part of its coverage of the Shannons Motorsport Australia Championships.