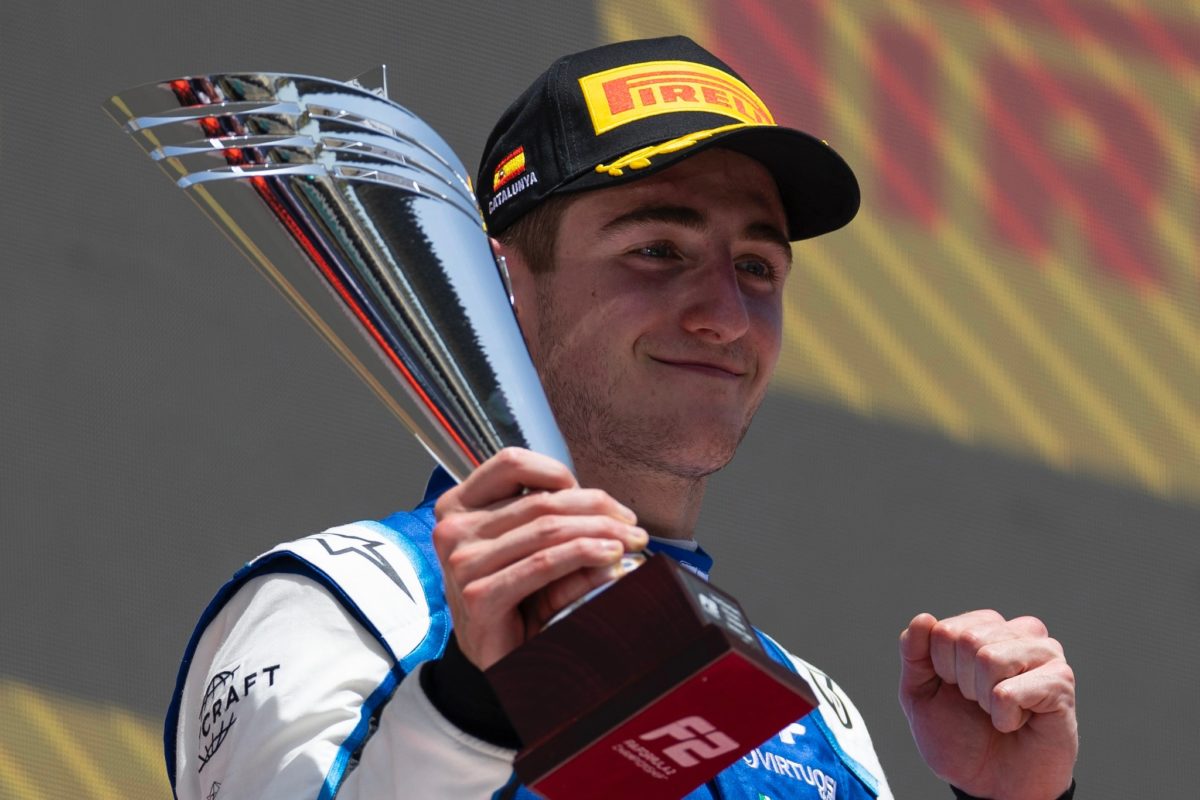 Jack Doohan is hopeful that he’ll graduate to Formula 1 with just a single season of Formula 2 under his belt.

The Australian has shown strong pace in the early part of the F2 season, twice securing pole position, but has thus far struggled to convert that into results.

In Spain last weekend he looked to have turned a corner, recording a maiden podium by finishing second to Felipe Drugovich in Sunday’s Feature race.

“Still nine rounds, or 10 rounds, whatever, 14-round championship,” Doohan said after finishing second.

“Hopefully this is a start to my bid for the title.

“I’m definitely not looking for another season in Formula 2.”

The 19-year-old is part of the Alpine Academy, the same programme which aided Oscar Piastri to victory in the Formula 3 and Formula 2 titles.

Doohan joined the French marque for this season, having swapped allegiances from Red Bull over the European winter.

Earlier this month, he and Piastri tested an Alpine A521, the team’s 2021-spec F1 car, in Qatar, logging nearly 100 laps over the course of the day.

However, he remains at least second in line behind Piastri when it comes to career progression, raising the suggestion that he’s prepared to leave Alpine should he need to in order to secure a seat on the grid next year.

“I don’t really have a management structure at the moment, so it’s kind of me, my dad,” he said when asked by Speedcafe.com if he or his management team had begun discussions about a seat for 2023.

“Depends how you perform, and the rest takes care of itself, so that’s the goal.

“Obviously I haven’t been performing in the races up until [Sunday], still P2… You need to win.

“Things need to go our way but this is a good start.

“For now, I’m focusing on performing here and now, and hopefully we can been in a good stop at the end for the year to content for the top spot.”

Second in Spain last weekend has seen Doohan jump to 10th in the Formula 2 points standings, tied with Juri Vips.

Drugovich heads the competition with three wins already this season for a total of 86 points.

Formula 2 is in action in support of the Formula 1 Monaco Grand Prix this weekend, with opening practice for the feeder series at 01:05 AEST tonight (Friday morning).