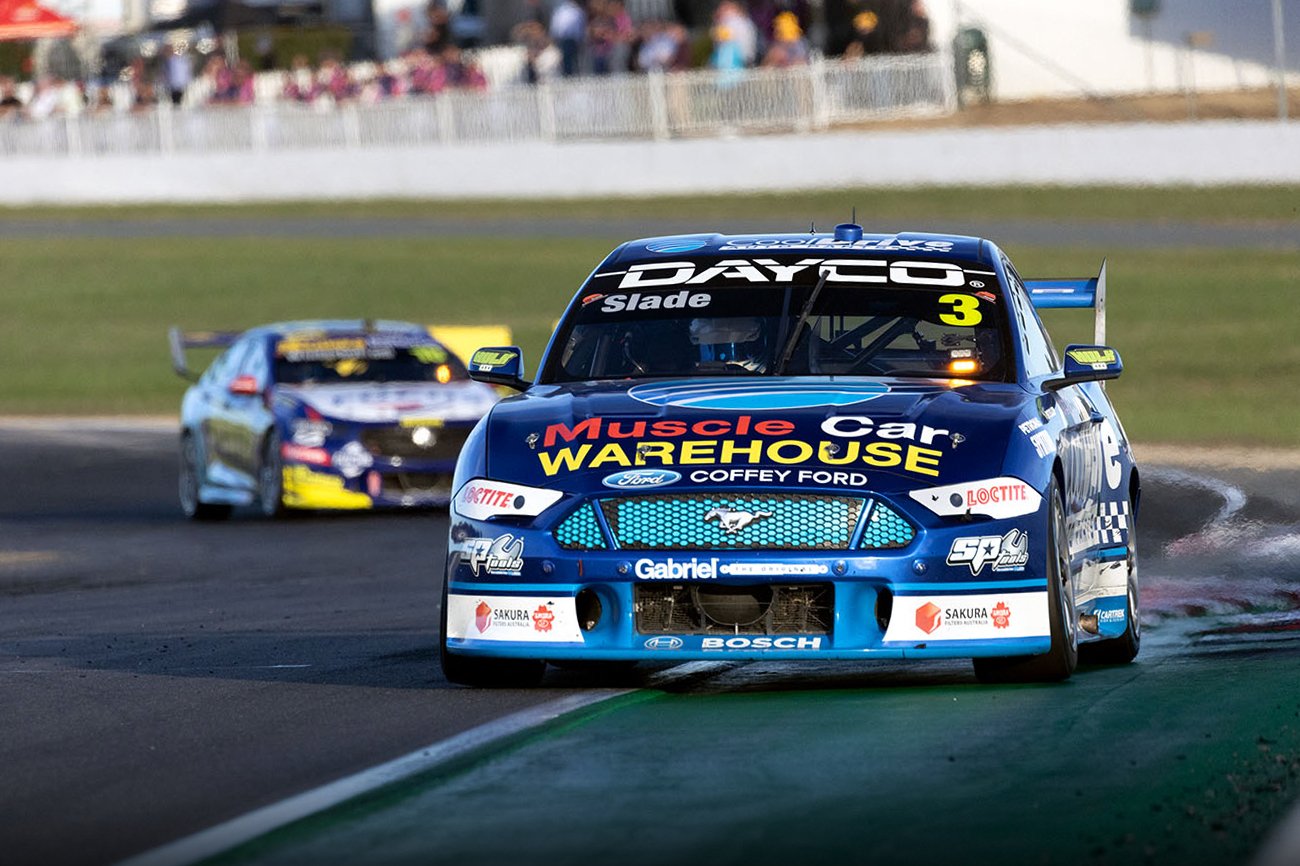 Tim Slade was a weekend-best 15th in Race 14 at the Winton SuperSprint. Picture: Ross Gibb

CoolDrive Racing’s Tim Slade is at a loss as to why his team has had a sudden dropoff in pace.

In the first nine races of this year’s Repco Supercars Championship, the Blanchard Racing Team driver has finished in the top 10 on six occasions.

However, in the last six races, the #3 Ford Mustang has only finished inside the top 10 placings once.

It’s reason for concern, said Slade, who finds himself on the cusp of falling outside the 10 in the drivers’ championship.

“Nothing really positive from the last two events or the test day,” Slade told Speedcafe.com.

“I have no idea. Obviously, without being a smart arse, if we knew we’d be able to fix it.

“I guess we’ll rip it all apart at the workshop and make sure we’re not missing anything.

“Obviously, try and do everything that we can so that we can have a better performance at the next one.

“We weren’t fast at the test day either. Not being negative, but I didn’t come here [to Winton] thinking we were going to be fast enough to have a good showing.

“After Perth, I said that was probably only one of two weekends that we’ve had since the very start where we just haven’t had any real positivity out of any session. That’s kind of carried onto the next couple of outings.

“I’m not sure. We’ll just have to work hard and make sure we do everything we can to turn around from here on in because obviously if we keep going the way we are then we’re not going to be in the top 10 for much longer.”

Exacerbating Slade’s woe is the absence of any obvious flaw with his car.

The pre-event test at Winton Motor Raceway offered little to no insight after a below-average Perth SuperNight where he was 13th, 13th, and 10th at Wanneroo Raceway.

The Winton SuperSprint was his worst weekend to date, however. Finishes of 16th and 15th preceded 20th in the weekend’s closer, which saw Slade and Tickford Racing’s James Courtney clash out of the pit lane at Turn 2, resulting in off-road excursions for both.

“That’s what’s made it so tricky. I can’t just come in and say, ‘I need this’. It’s doing a bit of everything,” Slade explained.

“It doesn’t feel massively bad. We just don’t have the pace, we were just slow. That’s what makes it tricky.

“It would be a helluva lot easier if I said, ‘we’ve got this one problem, we need to fix it’.

“It’s not through a lack of trying. I’ve always said we’ve got good, smart people. So everyone will just do everything we can to try and be better at the next one.

“Bit of a mystery. Not too much else to report.”