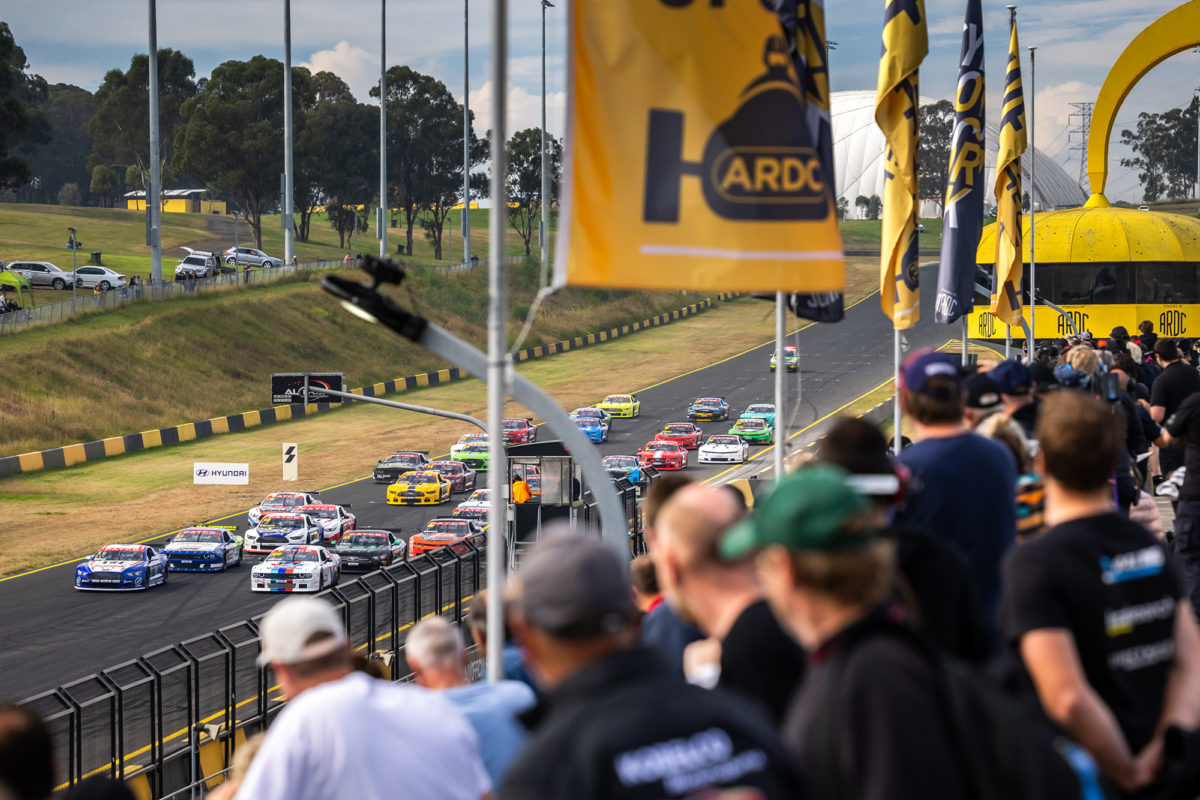 A 25-car field has been locked in for Round 4 of the Turtle Wax Trans Am Series at the Sydney Motorsport Park Shannons Motorsport Australia Championships event.

Valvoline Team GRM’s Nathan Herne leads the series by a 19-point margin over Wall Racing’s Tim Brook, the latter of whom will be competing at his home event.

Garry Rogers Motorsport’s Owen Kelly and Ashley Seward Motorsport driver Brett Holdsworth are close behind, while Jon McCorkindale has moved up to sixth in the standings thanks in part to the input of Chaz Mostert’s Supercars engineer, Adam De Borre.

As previously reported, Zach Bates makes his debut in Trans Am this weekend, while another next-generation driver in Jett Johnson continues his dual National Trans Am/TA2 programme, and Nash Morris is back in his Supercheap Auto Mustang.

Two practice sessions and qualifying will be held this Friday in Sydney, before Race 1 on Saturday afternoon, Race 2 under lights that night, and Race 3 on Sunday.

Saturday night action will be screened on free-to-air on 9Gem, while Stan Sport will carry a total of 14 hours of live and ad-free coverage across the weekend.