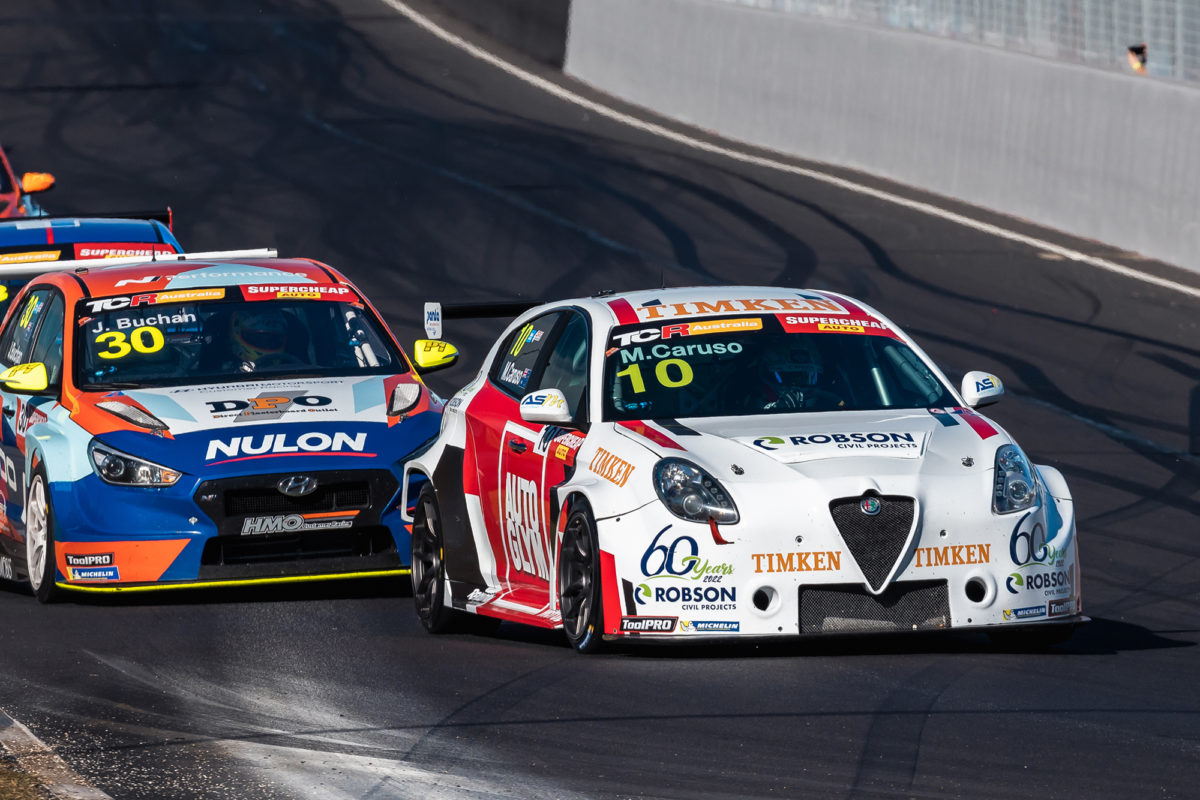 Michael Caruso has vowed to take the gloves off in an all-out bid for Supercheap Auto TCR Australia Series race wins this weekend at Sydney Motorsport Park.

Caruso is ninth in the standings as ahead of what represents the halfway round of the season, after a litany of incidents and mechanical gremlins so far.

The added incentive for the Alfa Romeo driver is that he is a Sydney native, now back living in the Harbour City.

Furthermore, ‘Eastern Creek’ is also the scene of his first Supercheap Auto TCR Australia race win, just over 12 months ago, when his reaction from inside the cockpit was far from reserved.

“I’m really excited to come back to the track where I got my very first TCR race win, with fans, family and friends attending,” said Caruso, whose car is fielded by Ashley Seward Motorsport.

“The TCR Series hasn’t gone to plan for me thus far; no doubt we’ve had some great speed and we’ve had some drama along the way as well, so this weekend the gloves are off.

“I’m going out there for the race wins there’s no doubt about it. Anyone who steps in my way, they better be aware.

“Last year’s win was really special. I had my family and friends there so to share the moment and it was very special because my loved ones can’t come to most of the events. It made it really, really special for me. It’s something I’ll never forget.

“When I crossed the line inside the car, going through the pressures, trying to tick the first win off the bucket list… what we all saw on camera was all the emotion boiled up that was wrapped up inside me let loose.

“I use that for motivation this weekend to hopefully continue that winning streak.”

This weekend’s round will see the Supercheap Auto TCR Australia Series race under lights for the first time, with Race 1 on Saturday night.

On that, Caruso added, “Racing under lights is going to be super spectacular.

“I’ve been fortunate to do it before, but in a TCR car, it’s the very first time for the whole category to do it.

“The Sydney circuit is an amazing track to do it on; it’s very well lit, but it’s something new so I’ll be tapping into the experience I’ve got.

“It will be different and the risk will be high. But I’ll be looking for the reward at the end of it.”

Race 1 of Round 4 of the Supercheap Auto TCR Australia Series can be seen live on 9Gem, with 14 hours of coverage of the Shannons Motorsport Australia Championship event live and ad-free on Stan Sport across the weekend.