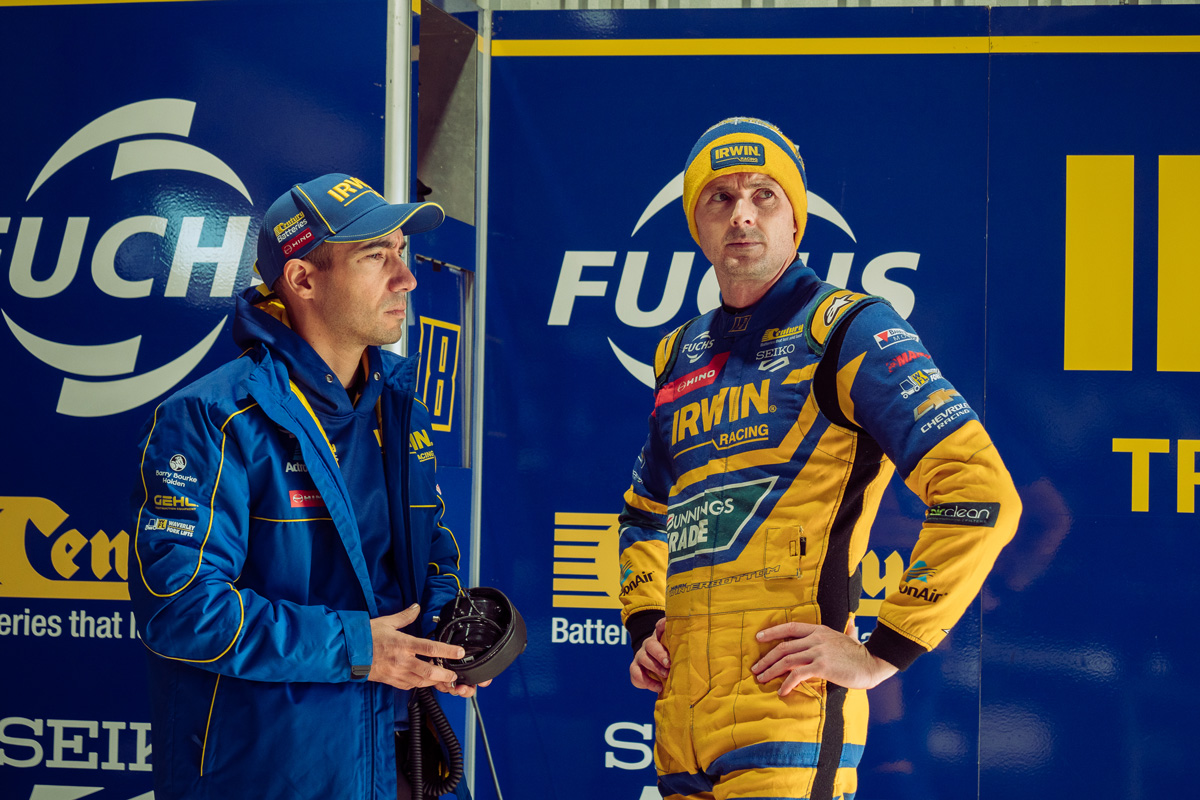 A relieved Mark Winterbottom hopes a solid Sunday at the Winton SuperSprint will have Team 18 in good stead for the team’s trip to its happiest hunting ground.

There were still ups and downs for the Charlie Schwerkolt-led squad, but it was a far improved outing compared to its Perth nightmare.

Team 18 accumulated the least points of any multi-car team from the sojourn west, with Scott Pye wiped out on Sunday with a huge crash, and a best race finish of 14th from either side of the garage.

At Winton, Pye enjoyed a strong run to sixth on the Saturday before encountering power steering difficulties the following day.

By contrast, Winterbottom’s Race 13 was hindered by early gremlins, but he bounced back with ninth place in each of Race 14 and Race 15.

Next up is the Merlin Darwin Triple Crown, where Team 18’s strongest success has come: Pye scoring a hat-trick of podiums in 2020, and Winterbottom qualifying on the front row last year. Winterbottom in action at Winton

“The goal now is to go back to the workshop, work on the cars and make them 100 percent reliable and fast before we go to Darwin next which is a good place for us.

“It’s a long hard battle and you can see [at Winton] there are guys that can win at one track and struggle at another.

“It’s such a tough series at the moment but we’ll keep working to improve the car for the next one.”

Team 18 is now back up to seventh in the teams’ championship, albeit with Brad Jones Racing (#8 and #14) and Matt Stone Racing right on its tail.

Winterbottom and Pye are 14th and 18th, respectively, in the drivers’ standings.