Nick Percat says Walkinshaw Andretti United will work between events to remedy a known issue with his Holden ZB Commodore.

That came off the back of a lacklustre Perth SuperNight where Percat was only slightly worse with finishes of 21st, 18th, and 15th.

Team-mate Chaz Mostert enjoyed a strong form swing, having not been a top 10 finisher in Perth to twice being a top five finisher at Winton.

For Percat, the most recent round of the championship was another head-scratcher.

The Mobil 1 NTI Racing driver conceded he made mistakes in qualifying, but was blighted by a known issue with his #2 machine.

“Obviously the quali speed wasn’t great on my side, and then had a few little things going on which spiralled as a result,” Percat explained.

“For me, I feel like in quali trim when we get it right I’m probably a couple of tenths away from Chaz. In race trim, I’d say we’re same same.

“I just need to find one little thing in the front end that gives me a bit more feel and feedback on new tyres and that’ll be the difference.

“It’s such a small margin. I just need a little bit more front feel and then I think it’ll be fine.

“The boys are working hard to try and give me that coming into Darwin, so hopefully by the time we get to Darwin we’ve got a bit more of an idea of how to do it.

“One hundred percent, we know what the problem is,” he added.

“It’s on both cars. Chaz has just been driving it longer so he manipulates what he’s doing a bit better at the moment.

“From my side, I’ve had a rough run in quali trim. Just all the stars aligning. It’s so close now. If you make one little mistake when the car’s not right, you pay for it.

“I think I made a mistake at the end of the lap, so we should have come off 14th in that race (15), instead we came off 27th and that was the difference. It was two tenths somewhere.

“The best thing with the team, it’s crazy the amount of work they’re putting in to try and find it for myself and Chaz.

“Once we unlock that, we’ll be able to do other bits and pieces with the car to make the whole package better.” 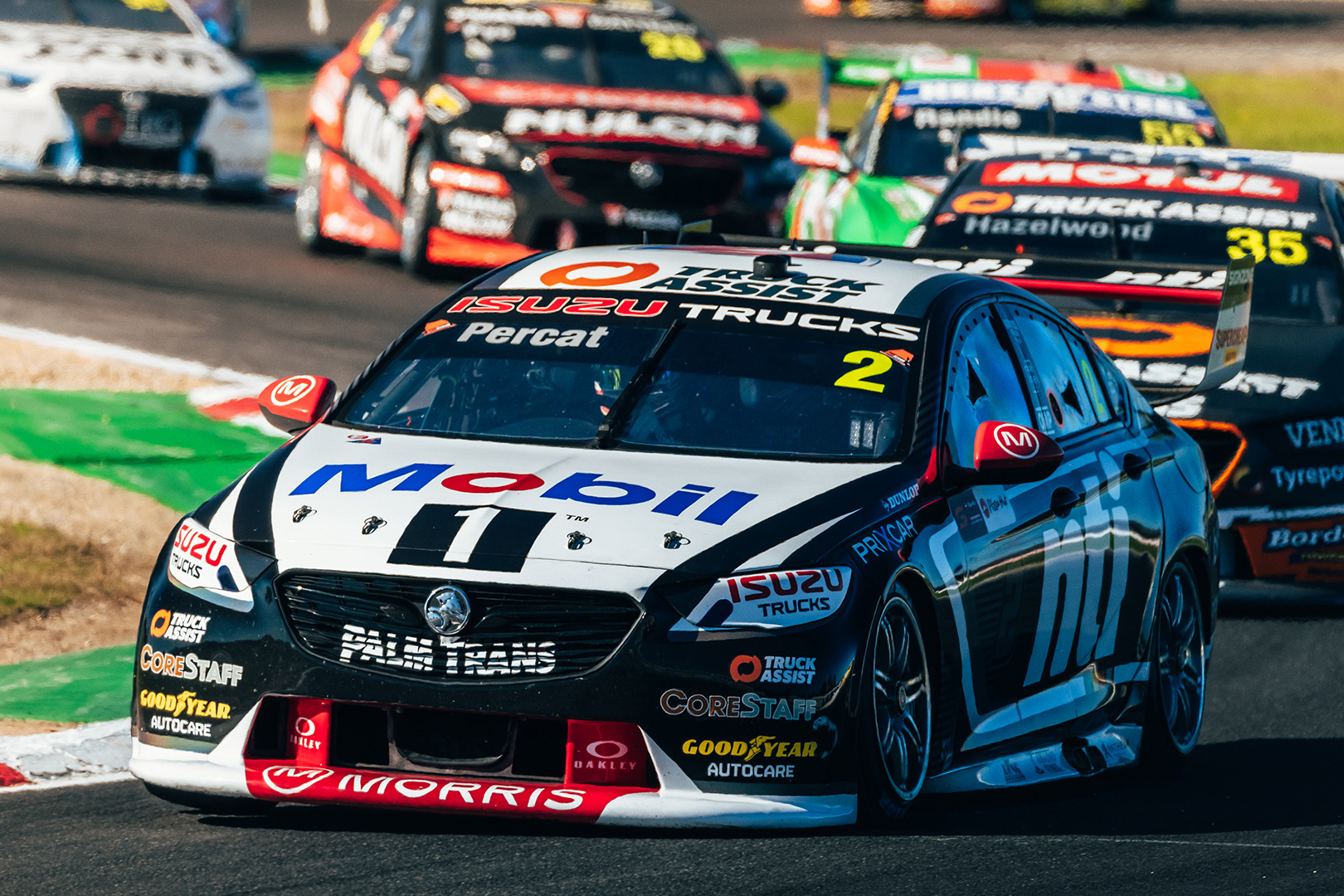 After an encouraging pre-event test at Winton Motor Raceway where Percat was on pace with Mostert, the 33-year-old found the same set-up to be not to his liking come race day.

With an ill-feeling car, Percat and the team opted to switch set-ups to bring the car closer to that of Mostert’s.

The compound effect of that was more time spent in the garage changing the car than on track.

“We came here with two different philosophies on the cars to learn, and the plan was I was going to run the whole weekend with the philosophy I came here with to try and keep the learning going,” said Percat.

“We rolled out and it wasn’t great and then we missed the quali sim in Practice 2, so we just aborted mission and went closer to Chaz’s car.

“I hadn’t done a quali sim to that point, so then it just spirals out of control. The morning was the first hit on greens.

“It just escalates when it goes wrong in the first couple of sessions. I think Darwin is back to three days. We’ll pray that it’s three days, just for the learning.

“Look at the Shell cars. When do you ever see them back there all weekend? It’s hard to recover ground.”

The Merlin Darwin Triple Crown will run across June 17-19.