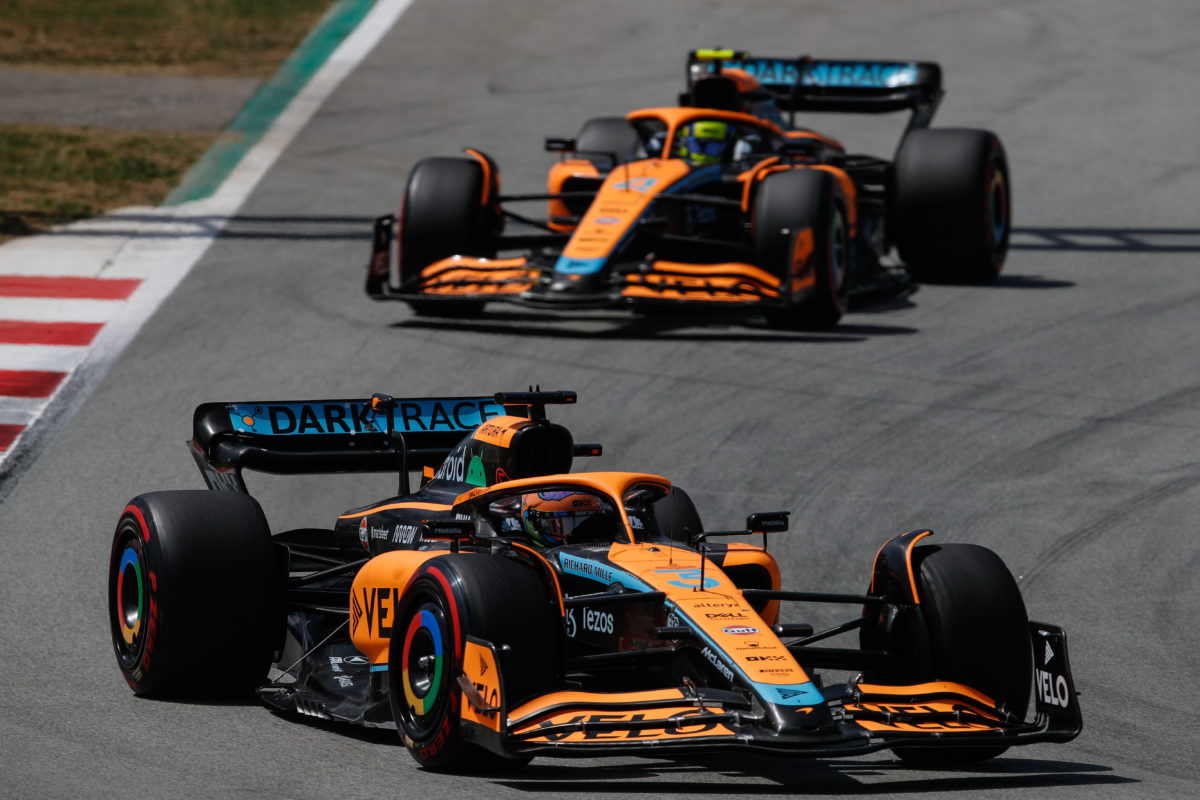 McLaren is pleased with the way its upgrades performed despite not achieving the result it was hoping for at the Formula 1 Spanish Grand Prix.

For Spain, a significant number of new parts were fitted to the MCL36, from circuit-specific front and rear wings, to more general updates to key areas including the floor, brake ducts, engine cover, cooling, sidepods, and diffuser.

“I think from what CFD and wind tunnel told us, it’s come out on track, which is always good to see.”

The development parts have come through a number of channels, with some aimed at improving existing areas and others at addressing points of weakness on the car.

Some of that has seen it take inspiration from rivals after examining the competition during the early part of the season.

“The origins are multiple, really, because some of them, like the floor, is a very long lead time,” Key explained.

“So that kind of picked up from where we were in Race 1, took the next logical steps.

“Obviously there’s been a few cues from competitors, as everyone has now, at this time of year, has now got to see each others’ cars, so not going to pretend that there’s a couple of aspects of the flow which are slightly influenced by what we saw.

“The sidepods are a bit of a trend, which we’re beginning to see now, and we’re going to see how that works.

“That was done some time back where we had to optimise it a bit for our car, because it’s quite different in some areas – edge of floor, front of sidepod, et cetera.

“The rest were really just kind of logical things,” he added.

“So with the downforce the floor found, and a high downforce rear wing, you’ve got to balance that.

“It’s a bit of a mixed bag, but it’s the first kind of logical step.”

Aside from the developments which arrived in Spain, Key suggests the team has also worked to iron out some of its weaknesses.

Recent McLarens have proved strong in medium to high-speed corners, but struggled in low-speed, evidenced by the contrasting fortunes in last year’s Italian and Dutch Grands Prix.

And while some of that is a result of the regulation change for this year, the team has also been working to strengthen its performance where previously it’s struggled.

“There are a few types of corner which still catch us out a little bit, but we haven’t got this huge imbalance of really strong high-speed and, at times, really poor low-speed.

“I think as you see the downforce levels go up, these low-speed corners become ever more important.

“We’re interested in looking how Mercedes and Red Bull high speeds are pretty similar to be honest with you, and it’s beginning to be that low speed which is the performance differentiator now that everyone’s high speed is getting easier and easier.

“There’s still definitely work to do, low speeds aren’t perfect, but it’s not the sort of real roadblock we had I think in previous years.”

McLaren sits fourth in the constructors’ championship with 50 points from the opening six races, 70 points down on Mercedes in third, and 11 clear of Alfa Romeo Sauber behind.

The Formula 1 season continues with the Monaco Grand Prix this weekend, with Free Practice 1 starting at 22:00 AEST on Friday.