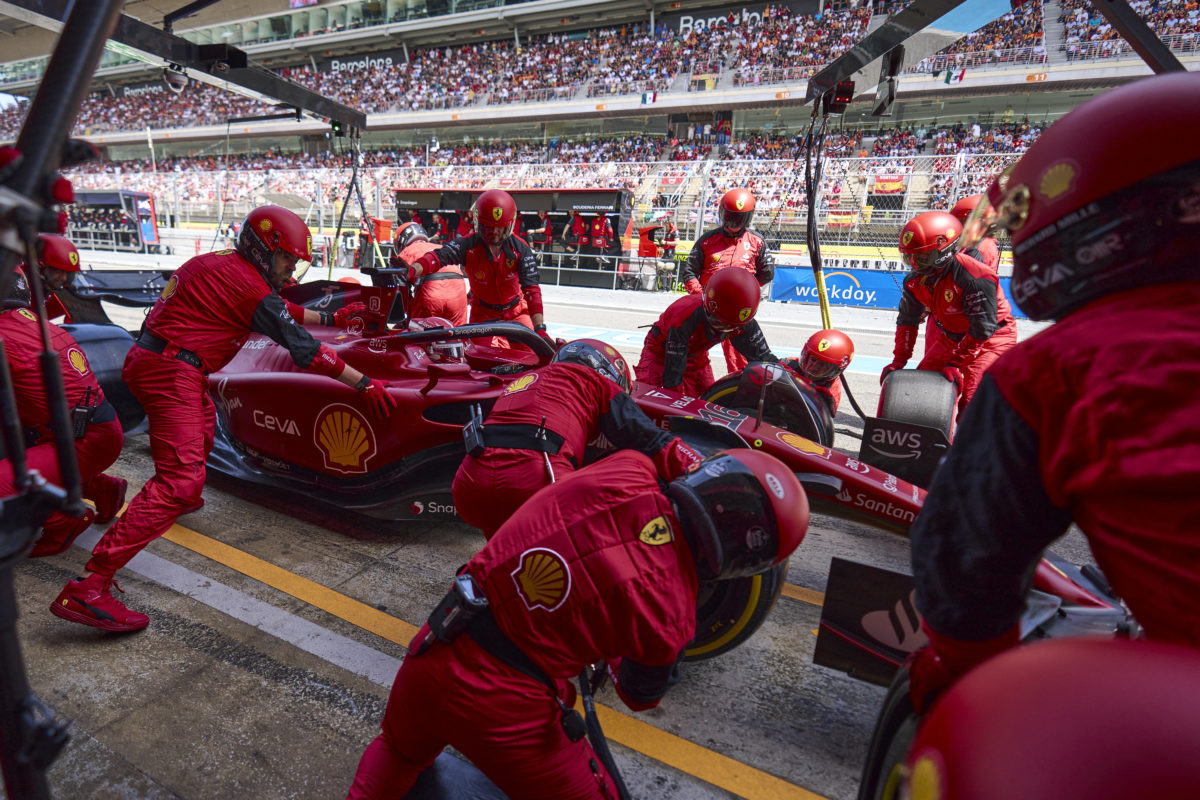 Ferrari has identified the cause of Charles Leclerc’s mid-race power unit problem during the Formula 1 Spanish Grand Prix.

Leclerc was leading when an “unidentified power unit” problem forced him out of the race, an event ultimately won by Max Verstappen.

Investigating the failure since Sunday’s race, Ferrari has since confirmed the issue stemmed from a failure of the turbocharger and MGU-H on the Monegasque’s car.

“Having examined the PU from Leclerc’s car, we found the turbo and MGU-H are damaged and cannot be repaired,” a Ferrari statement announced.

“However, having fully analysed the failure and its cause, we are satisfied it did not occur through a design fault or reliability issue with these two components or any other elements of the PU.”

Leclerc had started from pole in Circuit de Barcelona-Catalunya and was leading comfortably after Verstappen threw his Red Bull off the road in the opening laps.

He held a comfortable advantage before striking problems midway around Lap 27, at which point he trundled back to the pits and retired.

With Verstappen going on to win, aided by his Red Bull team-mate Sergio Perez twice letting him through, the 2021 world champion now heads this year’s competition.

Leclerc had headed the drivers’ standings since he claimed victory at the season-opener, but now finds himself trailing by six points after six rounds.

Heading into the Spanish Grand Prix, Ferrari made no changes to its lead car in terms of the power unit or “restructured number components” over what raced in Miami.

It did however debut a small aerodynamic upgrade, with a new floor, winglets at the rear of the car, and rear wing, the latter stated to be “circuit specific”.

Speaking after the race to media including Speedcafe.com, Leclerc admitted that he was still optimistic despite his immediate disappointment.

“Let’s say that I feel better after this weekend than I felt after the last two weekends, mostly because, of course, there’s this issue that we’ve had on the car,” he said.

“I’m very disappointed, but on the other hand, I think there’s plenty of positive signs other than that throughout the weekend.

“Our qualifying pace, the new package works as expected, which is not always a given, and everything was working well.

“Today [Sunday], it was strong.

“In those situations, I think it’s good to also look at the positives, and there are plenty.”

While Leclerc has lost the lead in the drivers’ title, Ferrari has also dropped to second in the constructors’ championship, 26 points down on Red Bull.

Formula 1 heads next to the streets of Monaco, an event Leclerc was qualified on pole for last year, opening practice for which begins at 22:00 AEST on Friday.