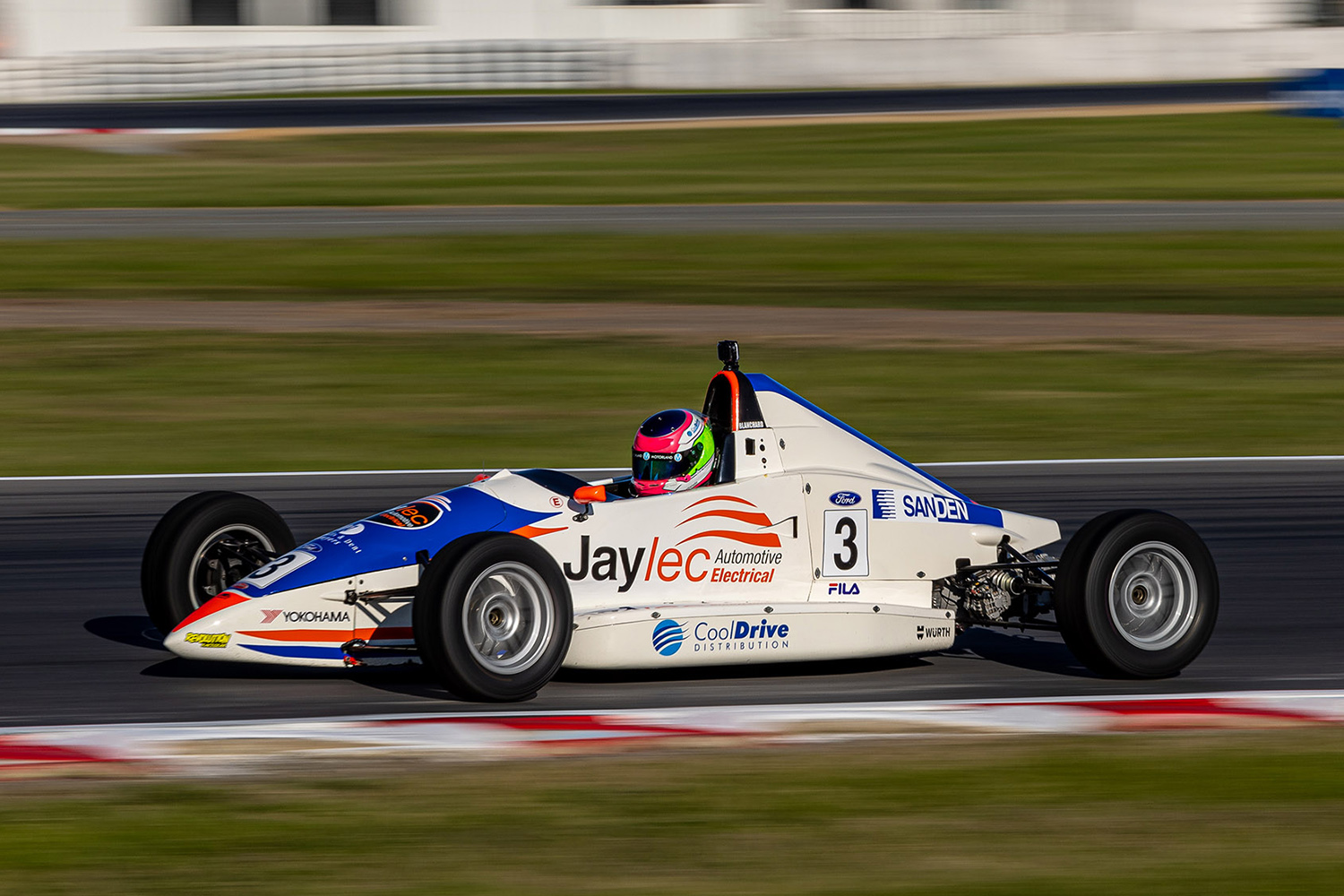 Tim Blanchard wound back the clock at Winton Motor Raceway with Sonic Motor Racing Services, dominating upon his return to the Australian Formula Ford Championship.

Although his Supercars team’s results took the edge off what was a successful weekend in Formula Ford – Tim Slade scoring no higher than 15th at the Winton SuperSprint – Blanchard enjoyed his single-seater return.

“They’re a great team for young drivers coming up through the sport.

“They do things professionally so it was great to be back in that environment and racing Formula Ford.

“They’re great cars and great racing and I thoroughly enjoyed it.”

For Blanchard, it was also a rare opportunity for his good friend and Supercars driver Slade to get on the spanners.

Slade and the Blanchard Racing Team spent what spare time they had keeping an eye on the 34-year-old’s racing.

“I had Sladey and the Sonic guys working on my car on Friday, so that was a lot of fun because he worked on my car back in 2007 when I won the championship, so it was really getting the band back together,” said Blanchard.

“I think the BRT guys enjoyed it, but maybe a bit of the excitement went out of it with how the results were going in the Supercar. It was good fun.”

Although somewhat removed from the Formula Ford scene, Blanchard reaffirmed his belief that the benefits of the category he enjoyed still hold true today.

“It’s a shame Formula Ford isn’t as big on the world stage anymore, but it’s good to see it’s still popular in Australia because I think it’s still one of the best stepping stones coming out of go-karts.”