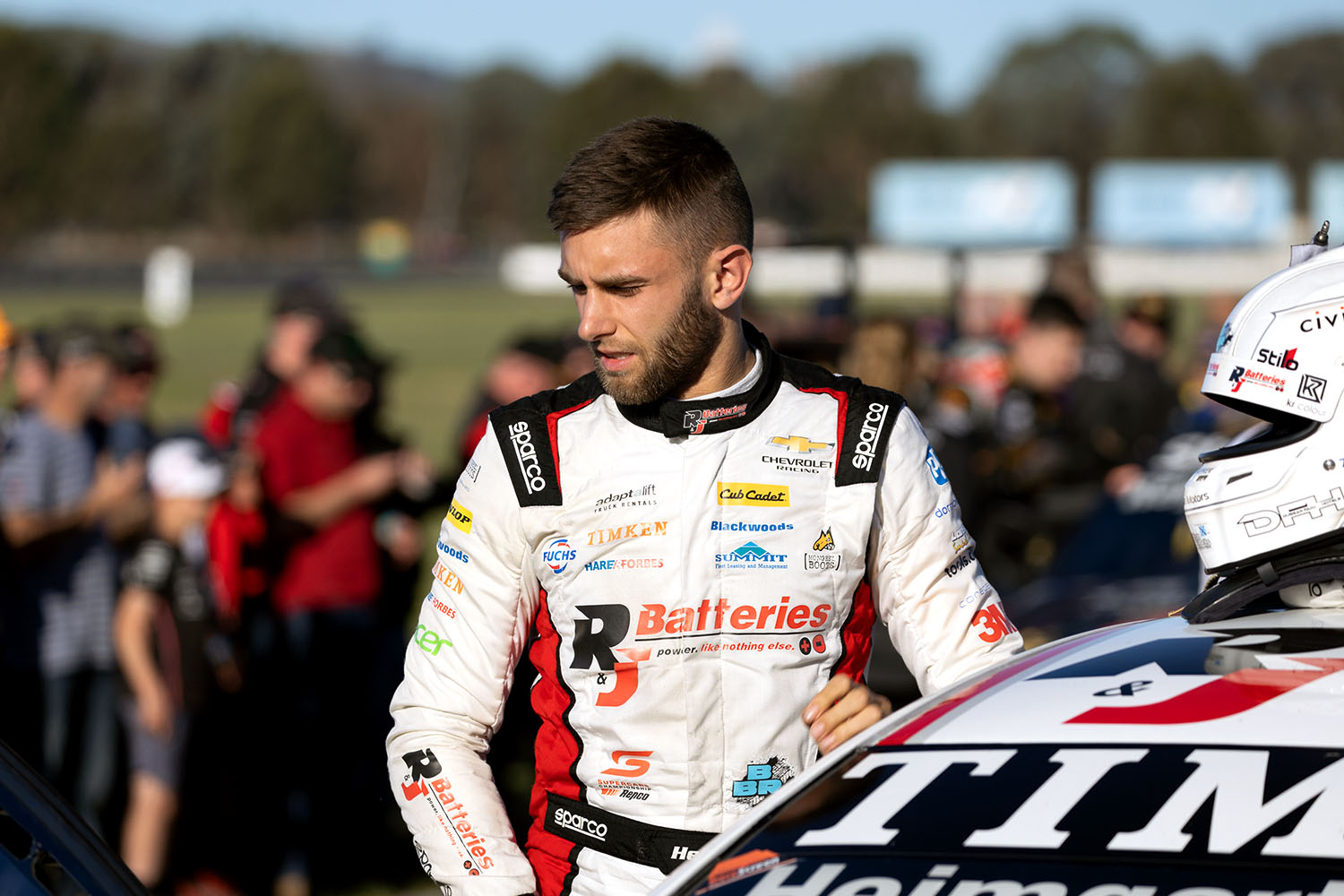 Andre Heimgartner’s Winton success came despite a pedal issue he hopes will be rectified by next month’s Merlin Darwin Triple Crown.

Heimgartner backed up his third-place finish at Perth with another third in Race 15 at Winton, capitalising on a stellar qualifying performance.

There was potential for it to all fall apart when the brakes on the #8 R&J Batteries Holden needed to be bled on the grid after Heimgartner had reported a long pedal.

“I was going out of the pits pumping the pedal and I’m like ‘holy shit, it’s halfway until it hits anything hard’,” said the Kiwi.

“So it was a bit of a worry and I’ve had the throttle coming on, especially at Turn 7, throughout the races sometimes and stuff like that, so I didn’t want a long pedal.

“So we managed to fix that – luckily they allowed us to – and it was a lot better after that.”

Heimgartner was cagey when pressed further on the matter of the sticking throttle, but did say it required fixing before Round 6 at Hidden Valley Raceway.

“It’s just the way I have the pedals. It’s just something we need to fix,” was all he would add.

The next two events on the calendar, Darwin and Townsville, are two of Brad Jones Racing’s historically stronger circuits, and Heimgartner hopes to get on the pace quicker to be in contention for top-end Saturday results as well.

“The next thing will be probably trying to get the set-up closer earlier in the weekend and then you’ll start having a better weekend overall,” he said.

Having tumbled to 18th in the championship by the end of Round 3, Heimgartner is now up to 12th – and within 23 points of ninth-placed Tim Slade.