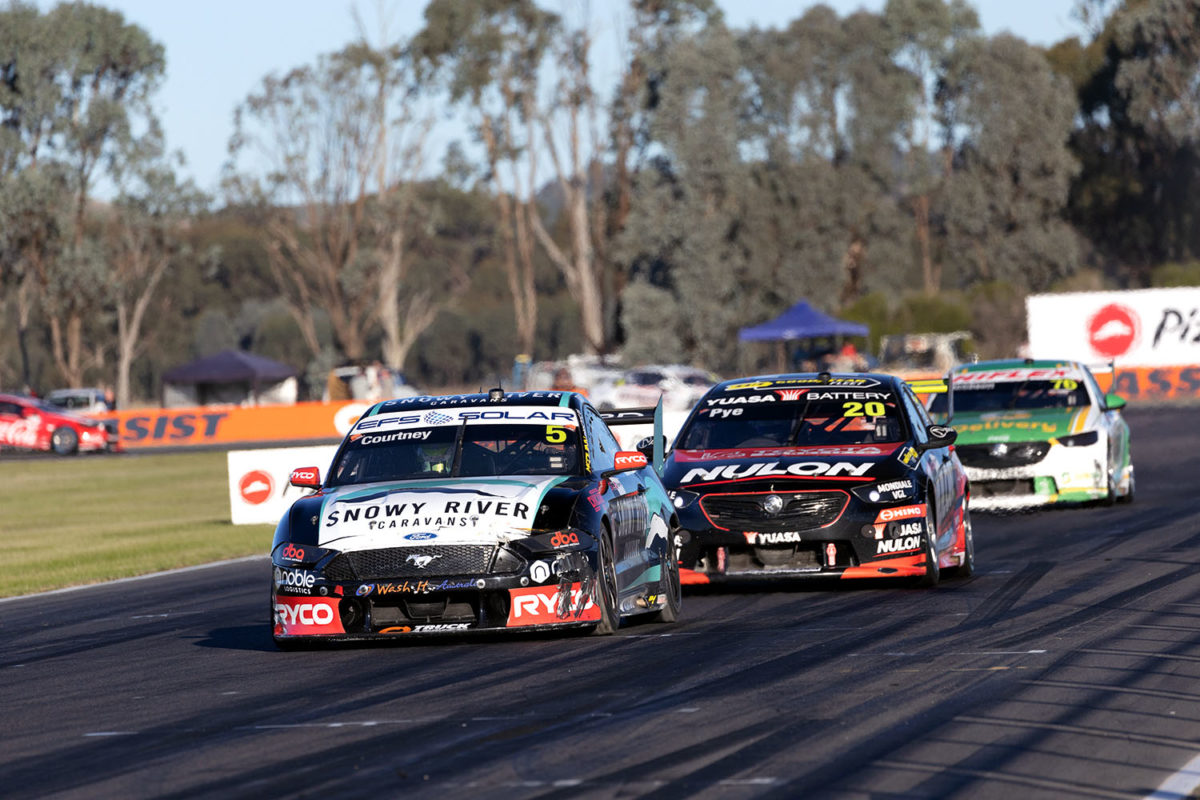 Tickford Racing is not content to just see Cameron Waters winning Supercars races, after he picked up two victories at the Pizza Hut Winton SuperSprint.

Waters was statistically the best performer of Event 5 of the Championship season, prevailing in Races 13 and 15, finishing second in Race 14, and also qualifying on the front row for each, including two poles.

In doing so, he moved up one spot to third in the drivers’ championship, and helped Tickford’s #5/#6 entries cut into their deficit to second-placed Shell V-Power Racing Team in the teams’ standings by 103 points.

However, beyond the #6 Monster Energy Mustang, it was a tough weekend for the Campbellfield outfit, which had shown good form in the preceding event at Wanneroo.

Only James Courtney also picked up a top 10 finish at Winton, an early pit stop helping him to grab the fastest lap bonus points as he jumped from 15th on the grid to eighth at the chequered flag in Race 14.

In the following encounter, he turned around team-mate Jake Kostecki and later ended up in the barriers at Turn 2 after a tangle with Tim Slade, who had just exited pit lane.

Tickford team principal Tim Edwards was naturally delighted with Waters’ showing, but also mindful of his other three cars. 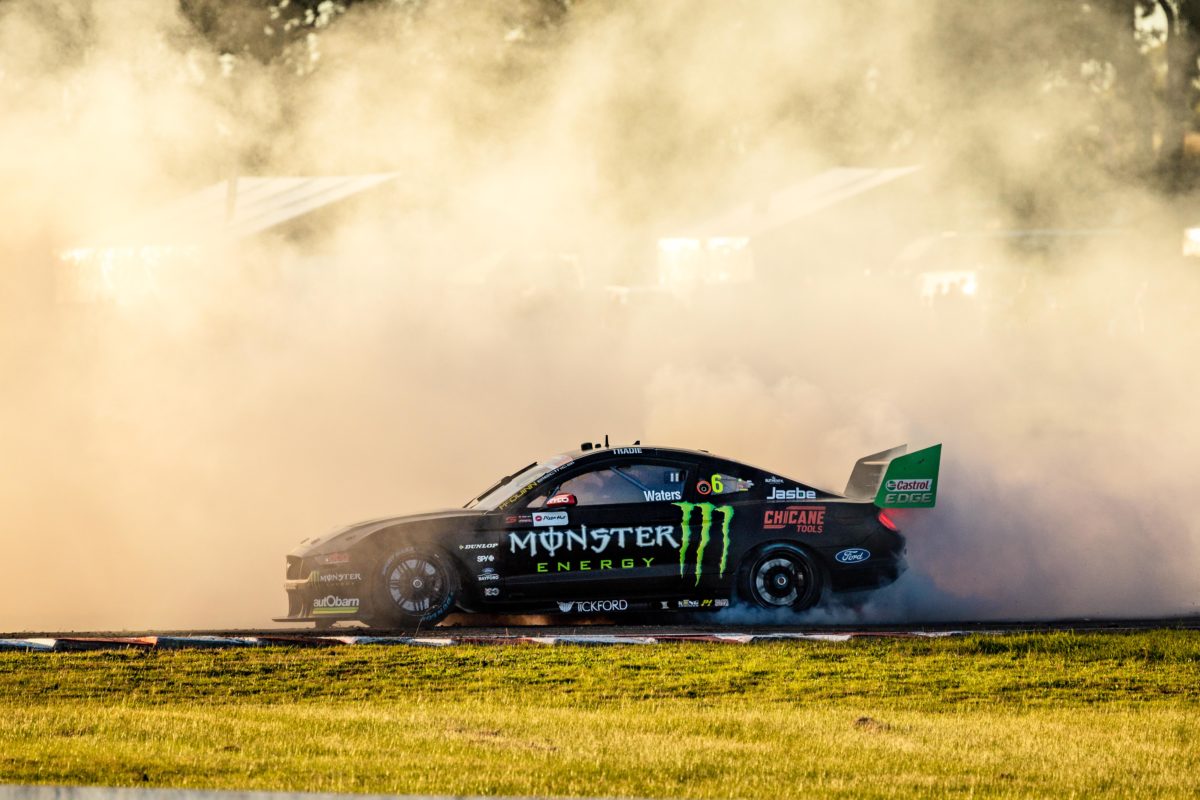 “It was a tremendous way to finish a fantastic weekend from Cam; the team gave him a great car and he drove brilliantly again,” said Edwards.

“Weekends like that don’t come around very often, but it’s certainly been a goal of ours to be at that level more consistently, so it’s an excellent showing by the team to put on such a performance.

“Obviously, we had challenges with each of our other cars which is pretty unfortunate; all of them had better speed than their results showed.

“We’ll address those just as much as we’ll celebrate Cam’s achievements, but it’s a good feeling showing that we can perform at that level we aim to be at.”

For Kostecki, the run-in with Courtney was not his only intra-team incident of the weekend.

“We just can’t seem to buy any luck at the moment,” he said, having been hit by cousin Brodie at Wanneroo.

“I made a mistake in first qualifying which was frustrating and probably got a little bit more frustrating when we qualified 12th for the second race.

“Then in Race [14] we had good strategy and made up some spots, then with a few laps to go Thomas got sent wide and when he came back on track, we were side-by-side and I ran out of room at the next corner; he said his tyres were dirty and he had really bad push so it’s just one of those things.

“And in the second [Sunday] race Thomas, JC and I were all running together after our stop and JC drilled me going into Turn 10.

“He thought I was letting him through and apologised after the race; it’s really unfortunate but what can you do?

“Congrats again to Cam, it’s great for him and the team to have a weekend like that.

“I know we deserve better results on our end of the garage, so we’ll keep working hard and hope to have a better run in Darwin.”

That next event will see Tickford run five Mustangs, with its Super2 driver Zak Best to race at Hidden Valley in a wildcard entry.

The team is set to test next month before the Merlin Darwin Triple Crown, Event 6 of the Repco Supercars Championship, takes place on June 17-19. 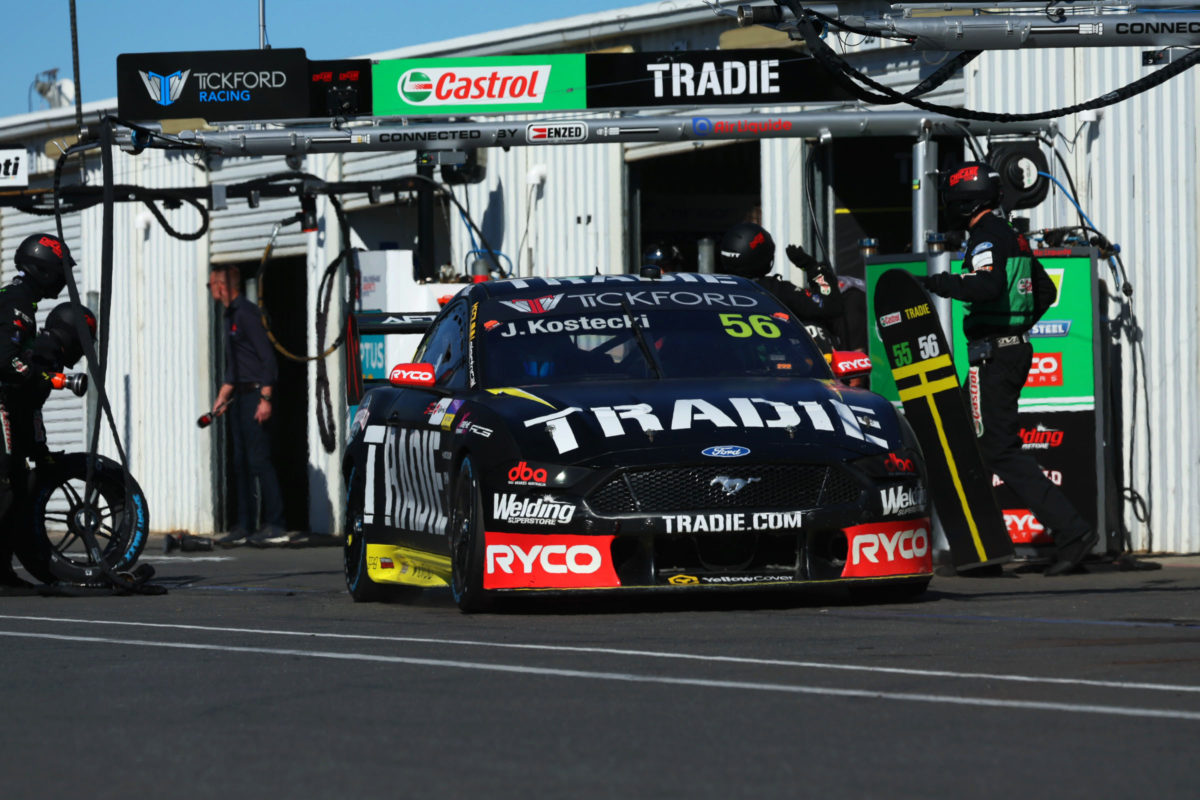