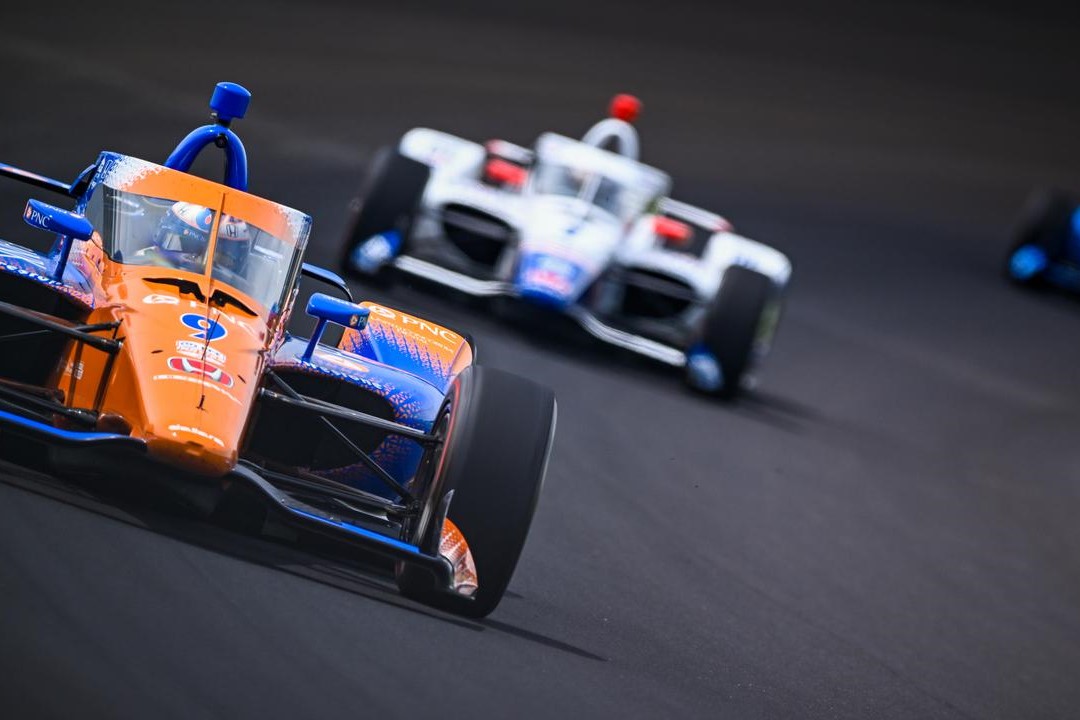 Scott Dixon has qualified on pole

The full starting grid has been set for the 106th running of the Indianapolis 500.

Scott Dixon will start from first position after setting the fastest four-lap pole run, and second-fastest qualifying run altogether, in the event’s history.

Alongside him will be Chip Ganassi Racing team-mate Alex Palou, as well as Rinus VeeKay after the Ed Carpenter Racing driver qualified third.

In a new format this year, the 33-car field was whittled down to 12 for Pole Day, with the quickest half of that dozen progressing to a Fast Six to decide matters at the very top of the grid.

Four of the Ganassi Hondas made the Fast Six and all five got into the top 12, while Team Penske’s best is Will Power in 11th.

In the #3 Penske Chevrolet, Scott McLaughlin is set to start 26th after the decision to go for a second run in Day 1 Qualifying failed to pay off.

All 33 drivers are back on track tomorrow for Practice 8, a two-hour session kicking off at 03:00 AEST.

Stan Sport is the only place to see next weekend’s race in Australia, with live and ad-free coverage Monday, May 30 from 01:00 AEST.