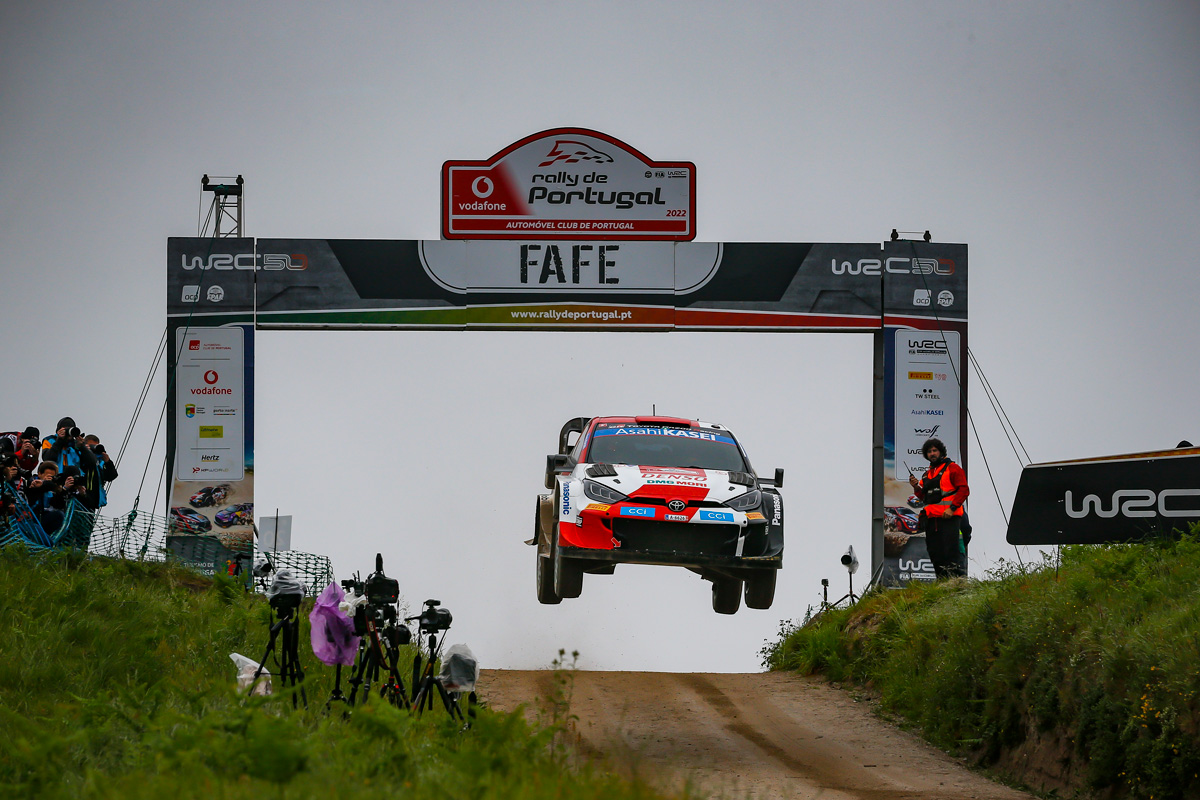 Evans, the 2020 and 2021 title runner-up, led for the bulk of Friday and Saturday at Rally de Portugal before Rovanpera roared into the lead.

The Finnish young gun, who now holds a 46-point championship lead, described it as his best win yet.

“It was such a tough weekend, the conditions were incredibly difficult and I think everyone had some issues or moments at some point,” he said.

“Today was really tough again. It looked like it was going to be too difficult for us to win with the way that the weather turned out.

“We lost a lot of time in the rain and we didn’t think the tyre choice would be too good for the final stage either with how much mud there was. But we just decided to go for it and push hard and the time was great.

“There will be some more difficult rallies to come opening the road on gravel which will be a new experience for me, but for now I’m happy of course: The pace is really good and everything is going well.”

“This was an incredible performance from Kalle,” said Latvala.

“I would not have thought it was possible to win the final stage and win the rally with the tyres he had.

“Unfortunately our information did not see the rain coming in the penultimate stage, and we saw how hard it was to get the grip from the hard tyre. And then the Power Stage was so muddy and so slippery that I don’t know where Kalle was able to find that speed.

“The level he’s performing at now is incredible: He’s not showing the pressure and he’s able to be very cool and not worry about things. He really looks like the man to beat in the championship this year.”

Hyundai’s Dani Sordo, in his first start of the Rally1 hybrid era, took third, just ahead of Takamoto Katsuta and Thierry Neuville.

Next up is the Rally Italia Sardegna across June 2-5.