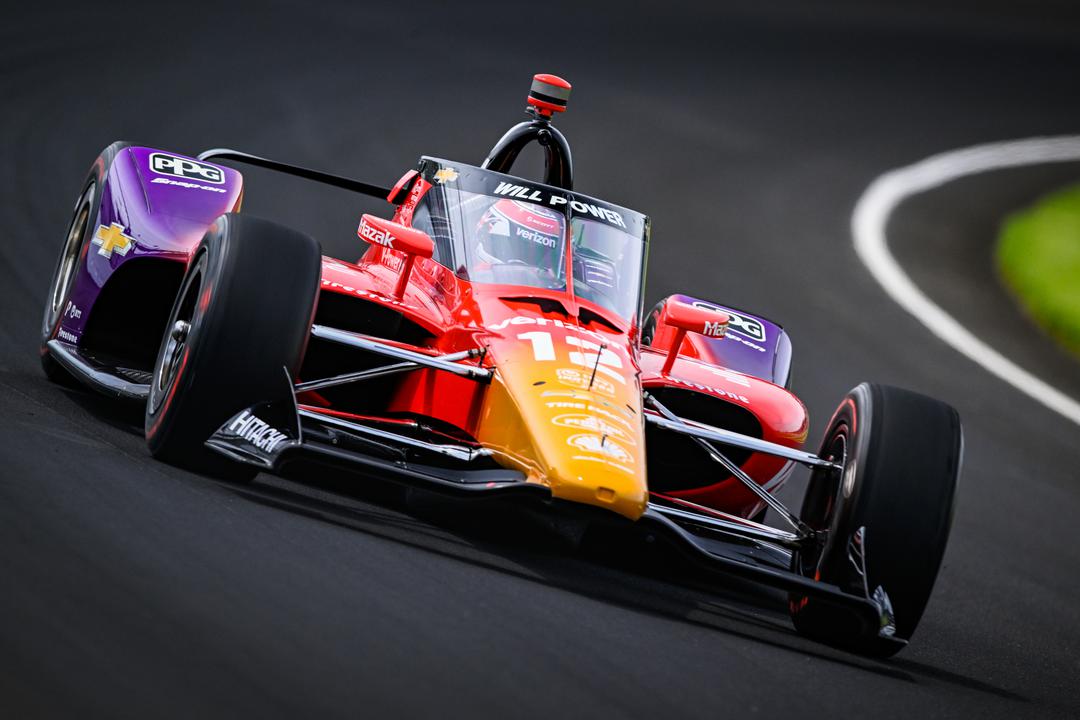 Will Power has been left to lament a set-up misstep after qualifying 11th for the 2022 Indianapolis 500.

It was ultimately only a big scare on Jimmie Johnson’s first lap which shifted Power from the outside of Row 4 to the middle, although that was hardly for lack of trying.

The 2018 Indy 500 winner twice nearly got the wall himself, exiting Turn 1 on both occasions, and also took some solace in the fact that he will start from position 11 rather than Row 11, as was the case last year.

“Definitely more grip,” he said about what was lacking for the #12 Chevrolet, shortly after hopping out.

“The car wasn’t as balanced, as nice as yesterday; we just missed it a little bit there.

“Definitely pushing, understeer on the first lap, which really surprised me, but I mean that’s everything we had.

“I mean, we definitely don’t have anything for pole today, but certainly a big improvement from last year and the race is the one that matters, so we’ll see what we can do.”

The Queenslander was the best qualifier for Team Penske, with Josef Newgarden set to start 14th and Scott McLaughlin all the way back in 26th.

Ironically, Power had pushed McLaughlin out of the top 12 during the first runs of Day 1 Qualifying, and the New Zealander was 15th when his time was withdrawn as he went for a second run from Lane 1 of pit road, a decision which failed to pay off.

McLaughlin’s countryman Scott Dixon will start from first position after setting the fastest four-lap pole speed in Indianapolis 500 history, and the second-fastest of all-time in qualifying given Arie Luijendijk’s exploits in 1996.

All 33 drivers are back on track tomorrow for Practice 8, a two-hour session from 03:00 AEST.

Stan Sport’s exclusive coverage of the race in Australia kicks off, live and ad-free, next Monday, May 30 from 01:00 AEST.