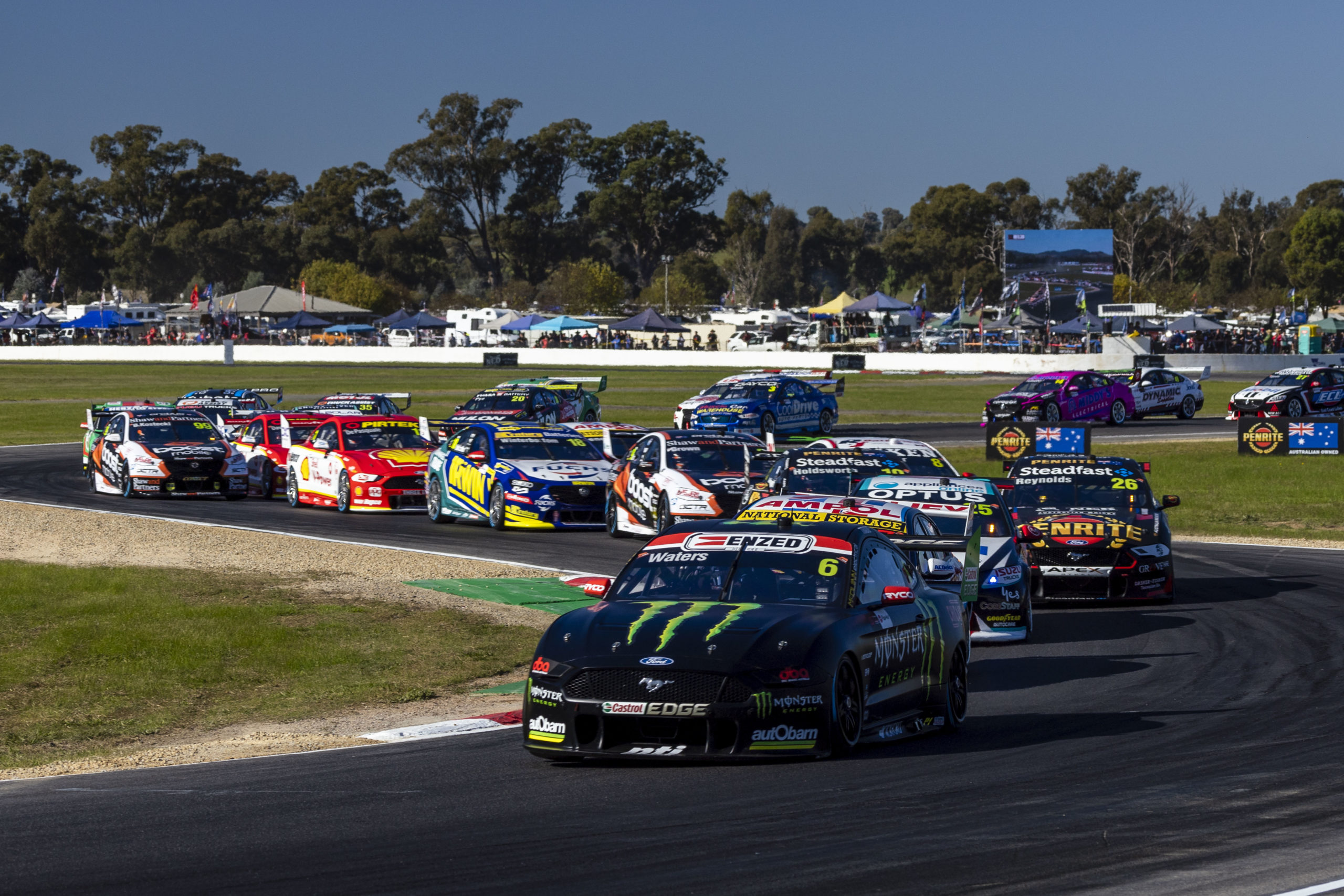 The Pizza Hut Winton SuperSprint once again showed how close the competition is in the Repco Supercars Championship.

Of the standouts at Winton Motor Raceway, we want to know in this week’s Pirtek Poll who impressed you most.

Having had his heart broken in Perth courtesy of a post-race penalty that stripped him of victory in Race 11, Waters bounced back in emphatic fashion.

Waters was twice a pole position winner too, although he couldn’t convert in Race 14 after a bold pass at Turn 3 by the #97 Red Bull Ampol Racing driver with Waters fresh out the pits.

Although van Gisbergen was beaten twice, the Kiwi was equally impressive as he hunted down Waters – although came up short in the opening and closing races.

If not for fumbling qualifying, David Reynolds might have had a win or two alongside his name.

All told, Reynolds recorded two third place finishes and a fourth on a weekend where one-lap pace looked likely to threaten the heavy hitters Waters and van Gisbergen for pole position.

Grove Racing team-mate Lee Holdsworth had arguably his best weekend of the season to date.

Although he was a podium finisher at the Formula 1 Australian Grand Prix, the 2021 Bathurst 1000 winner was consistently quick across the Winton weekend.

Finishes of fifth, fourth, and sixth underlined the team’s continued progress with its Ford Mustang pair.

Then there was Andre Heimgartner, who off the coattails of his first podium finish with Brad Jones Racing in Perth backed it up at Winton.

The first breakthrough came with an asterisk, Heimgartner charging through late in the piece on fresher tyres – benefitting also from Waters’ post-race penalty.

At Winton, however, the #8 R&J Batteries Racing driver qualified up the front and held his own, making life difficult for van Gisbergen on the opening lap of Race 15 to keep him at bay in third.

Heimgartner would slip to third in the end, but not without another van Gisbergen scrap that was likely the difference in the Triple Eight Race Engineering falling short of Waters.

Will Brown and Erebus Motorsport deserve some credit for gambling on pit strategy. Twice, the decision to pit early paid dividends and put the #9 Holden ZB Commodore in a better spot than it started.

Brown was unlucky not to record three top six finishes after an all too familiar pit stop drama brought Race 13 undone. At the time, the 23-year-old was third in the running order; a case of what could have been.

Who impressed you most at the Winton SuperSprint? Cast your vote in the Pirtek Poll below.