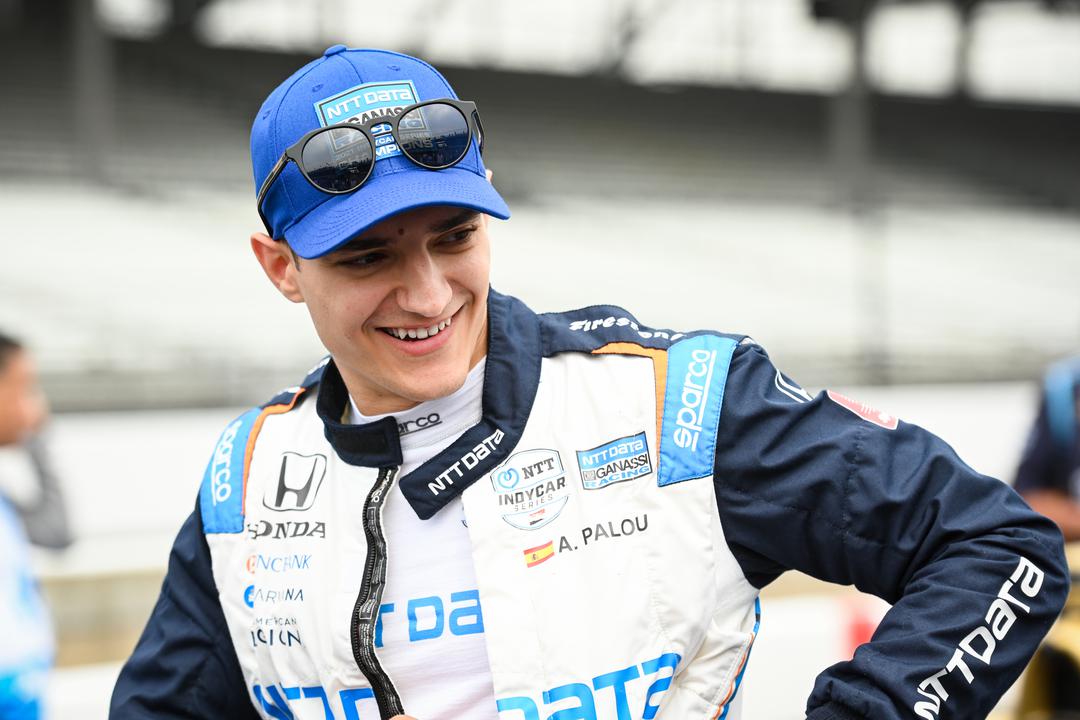 Alex Palou has quipped that he had few nerves while watching on as the provisional pole-sitter at the Indianapolis 500 given the likelihood of being beaten by Scott Dixon.

The 2008 race winner will start the Indy 500 from pole position for the fifth time next weekend after setting the second-fastest four-lap qualifying run in the event’s history, a 234.046mph (376.661km/h), and the very fastest to clinch pole.

Chip Ganassi Racing team-mates Dixon and Palou were provisionally onto the front row, split by Ed Carpenter Racing’s Rinus VeeKay, after the Fast 12, before Palou set a four-lap average speed of 233.499mph (375.780km/h) in the Fast Six.

When VeeKay could not go faster, Ganassi was guaranteed pole, although whether that would be for Car #10 or Car #9 remained an open question.

That is, except to the 2021 IndyCar champion who had just gone out in the #10 Honda.

“There was not a lot of nerves,” laughed Palou.

“Like, I knew he was going to get it, everybody knew; he’s the man here.”

VeeKay remarked, “It’s unique about Indy 500 qualifying [to watch rivals’ laps] and I think really after my run and knowing Scott was going to go out, I expected him to improve my time.

“Seeing his first lap, I knew it was going to be very, very hard for him to make a mistake and qualify behind me.”

Palou added, “I agree. I guess it would be different if there was another behind, but when it’s Scott Dixon, maybe you are a bit more scared.

“Obviously, seeing that number, it was amazing.

“I thought my four-lap run was fast but we were not fast enough, [but] it’s okay.”

Ganassi got four of its five cars through to the Fast Six, with Marcus Ericsson qualifying fifth and Tony Kanaan sixth, while Indy 500 rookie Jimmie Johnson put its #48 entry 12th on the grid after also making Pole Day at the Brickyard.

All 33 drivers in the field are back on track tomorrow for Practice 8, a two-hour session kicking off at 03:00 AEST.