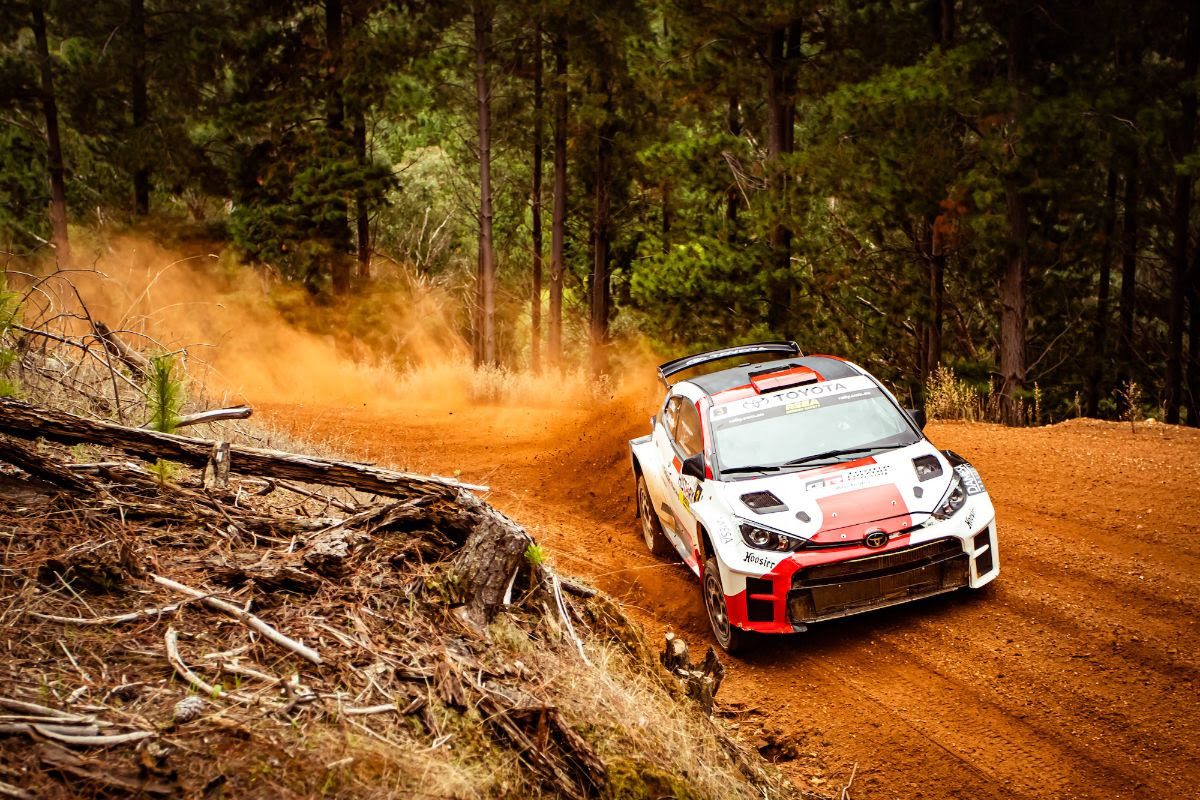 While he and co-driver Anthony McLoughlin prevailed on the final day, Toyota team-mate and brother Harry Bates won the event overall.

Harry Bates/John McCarthy had a troubled final day in the West, but made the heat podium thanks in part to a win on the Eroad Power Stage.

Lewis Bates came away with the heat victory by 30 seconds over Richie Dalton/Dale Moscatt despite not winning any of the five stages.

“It was our first ever ARC heat win today so it was really exciting,” he said.

“We had our challenges yesterday morning and on Friday’s Super Special Stages, but we overcame and put on some really good stages for the rest of the weekend.

“We actually thought we had a chance of winning the event outright this morning when Harry had his problems, but he did a great job in recovering and getting the victory, so it wasn’t to be just yet, but our time is coming.

“To have three Toyotas on the podium was a fantastic result and a big thanks to all the team at Neal Bates Motorsport for making it possible.”

In the second Toyota GR Yaris, Harry Bates produced a mighty effort to climb up the order after a number of setbacks in the morning.

The drama began before any stages were run when Saturday’s winners discovered the GR Yaris had fuel pump issues in the morning service.

Although the Neal Bates Motorsport Team worked hard to get it back in order, they were late to check in, which resulted in an 80-second penalty and a lower start order.

Their bad luck continued on the opening stage when they suffered a puncture, which saw them finish 44 seconds off stage winners Eli Evans and Adam Wright.

The current championship leaders then bounced on the next stage with a four-second win over Evans and Wright.

Then, the Evans Motorsport Mini Cooper AP4 caught fire at the end of the stage and their day, while Harry Bates took out the rest of the stages.

“Not probably our strongest result on paper but I am still really happy with how John and I performed,” he said.

“This weekend was another challenge for the GR Yaris and it stood up to the challenge really well. We were on a push to make up time after our penalty and the car was honestly good.

“The penalties were out of our control and all we could do was drive as hard as we could and try to overtake a few people, and we ended up getting third for the Heat.

“It’s nice to know that we have the pace when we need it and I can turn it on when I have to.

“It was a long, tough and different rally in the west but they were great roads. A massive thanks must be said to the organisers and officials who have been incredible all weekend.”

In the White Wolf Constructions ARC Production Cup, Ronnie Bustard and Larisa Biggar took out the win, beating Caoimhin MacGhirr and Noah Humble by one minute and 45 seconds.

Rounding out the class podium was debutant Alex Rullo and Steve Glenney.