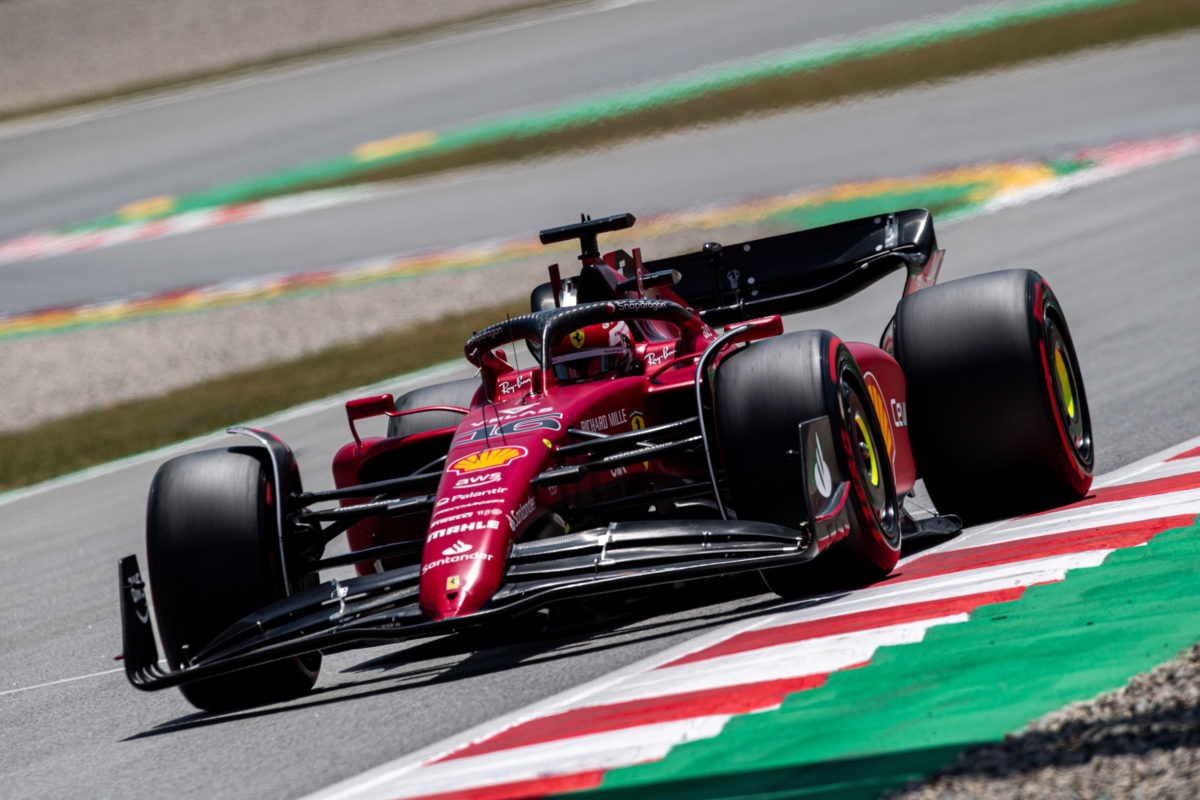 Charles Leclerc admitted he had no warning of the power unit issue which forced him to retire while leading the Formula 1 Spanish Grand Prix.

The Ferrari driver led the race from pole and was in a comfortable position out front after the opening round of stops when he lost power.

He managed to limp the car back to the pits where a sport was cleared in the garage, marking his first retirement from the 2022 season.

“I don’t know anything more than what happened,” Leclerc told Sky Sports shortly after climbing from the car.

“I had no indications before [the problem] and it just broke, and then lost the power completely. It’s a shame.”

Rubbing salt into the wounds was the fact that Max Verstappen, who’d gone off the road early in the race, recovered to win.

The Dutchman headed a Red Bull one-two, ensuring not only that Leclerc lost the lead in the drivers’ championship, but Ferrari fell to second in the constructors’ battle.

“I believe that there’s nothing else I can do apart from looking at the positives, and there are plenty this weekend,” Leclerc said.

“There’s the qualifying pace, the race pace, and most importantly the tyre management – that has been a weakness in the last two races.

“I think we have definitely found something this weekend on that, and so it gives me confidence for the rest of the season.

“But on the other hand, we’ll look at this issue. We cannot afford for this to happen many times during the season, so we need to find a problem.”

Leclerc’s team-mate, Carlos Sainz, finished fourth after he left the road on Lap 3, dropping him outside the top 10 early on.

The Spaniard then benefited from late dramas for Lewis Hamilton, the Mercedes driver having recovered from his own early woes before having to slow in the final two laps.

All told, it meant Ferrari left Spain having scored 12 points, while Red Bull picked up a maximum 44 in the constructors’ championship.

Red Bull now holds a 26 point advantage in that competition, while Leclerc is six points down on Verstappen who has taken control at the head of the drivers’ standings for the first time this season.

The 2022 Formula 1 season continues with the Monaco Grand Prix this weekend, with Free Practice 1 beginning at 22:00 AEST on Friday.