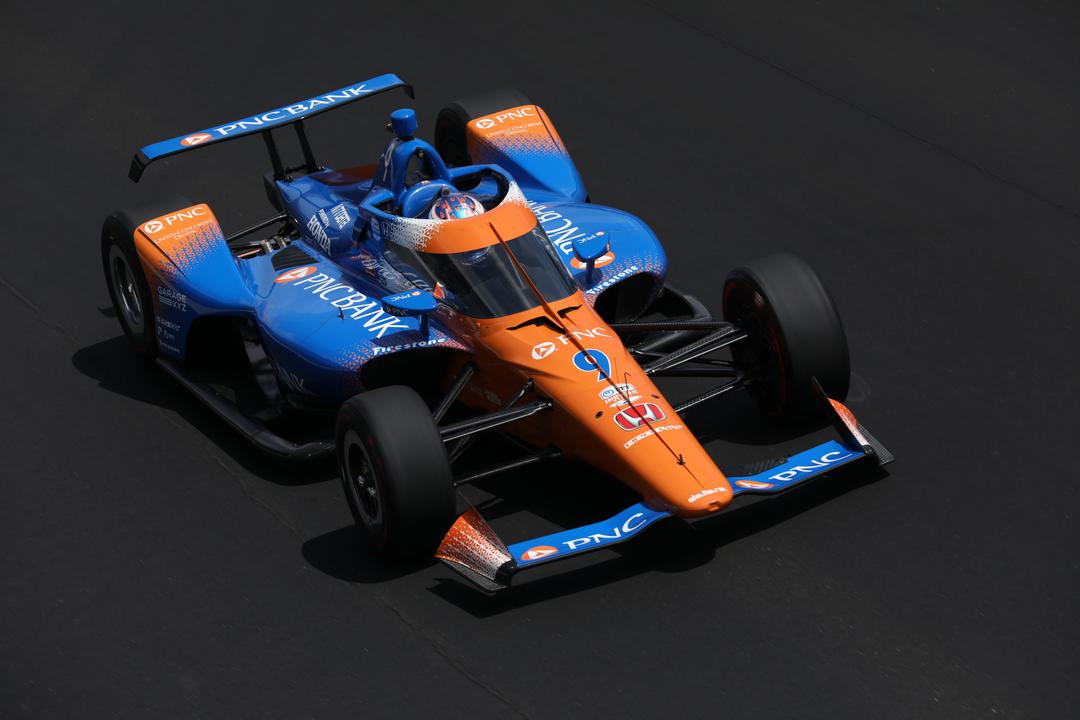 Scott Dixon has taken pole position for the 106th running of the Indianapolis 500 with the second-fastest four-lap qualifying speed in the event’s history.

The Fast Six was a four-two split of Ganassi and Ed Carpenter Racing entries, in favour of the former, and each of the first two rows will feature two Hondas and a Chevrolet.

Dixon will be joined at the head of the field by team-mate Alex Palou, with Rinus VeeKay qualifying third.

VeeKay’s team boss Ed Carpenter himself is set to line up fourth, ahead of Marcus Ericsson and Tony Kanaan.

With the Fast Twelve done, and Rows 3 and 4 locked in, the six who were still in the hunt for pole position were sent for two laps behind the Pace Car to cool their engines down.

That meant Chip Ganassi Racing was guaranteed pole, but the question was whether it would be Spaniard Palou or New Zealander Dixon.

The four-lap average of 234.046mph is shy of Arie Luijendijk’s 236.986mph (381.392km/h) in 1996, but that was not the run which clinched pole position for the Dutchman and hence Dixon’s is the very fastest in history on that specific metric.

All 33 drivers are back on track tomorrow for Practice 8, a two-hour session kicking off at 03:00 AEST.