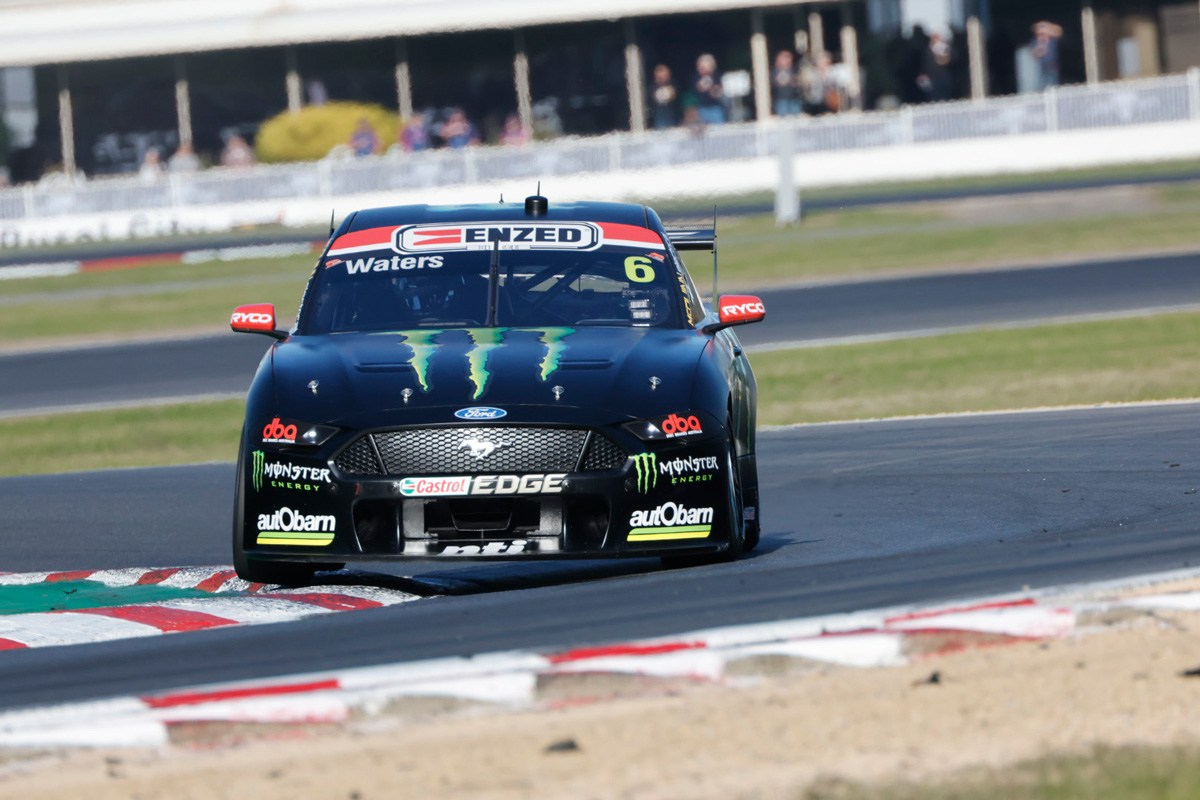 Race 13 winner Cameron Waters has qualified on pole position for both Races 14 and 15 of the Repco Supercars Championship at the Pizza Hut Winton SuperSprint.

In a repeat of the result from the preceding afternoon’s thrilling 36-lapper, the Tickford Racing driver was just ahead of Triple Eight Race Engineering’s Shane van Gisbergen in each session.

The margin was just 0.0006s in Qualifying for Race 14 before Waters put the #6 Monster Energy Mustang on pole by a still not particularly hefty 0.1493s margin in the latter 10-minute session of the morning at Winton.

“Massive confidence boost, particularly after yesterday as well,” he said, having missed out on pole by 0.0422s to van Gisbergen in Qualifying for Race 13.

“The car was awesome and the boys did a really good job overnight to fix the little things that I was chasing.

“The car is really, really good, so I think it will be a better race car again today.

“So, super pumped to be starting P1 in both races.”

David Reynolds (#26 Penrite Mustang) was quickest after the initial flyers on a 1:19.3507s, 0.0121s up on championship leader van Gisbergen (#97 Red Bull Ampol ZB Commodore), before anyone had used a green tyre.

Reynolds subsequently moved into third on a 1:18.7242s and was fastest to the first sector on his following lap, but did not go on with it, while Chaz Mostert (#25 Mobil 1 Optus ZB Commodore) went to fourth with the chequered flag out on a 1:18.7568s.

Davison reportedly went again on a second set of greens but hardly got to used them given he ended up in traffic, and would be classified 12th all-told on the aforementioned time.

Reynolds continued to be an outlier in going for consecutive flyers, moving to third with a 1:18.6321s before he returned to pit lane and put his cue in the rack, like Brown and van Gisbergen had.

Heimgartner will be joined on Row 2 by De Pasquale, who clocked a 1:18.5262s, with Brown ending up fifth and Reynolds sixth.

Nick Percat is set to bring up the very rear of the grid in Walkinshaw Andretti United’s #2 Mobil 1 NTI ZB Commodore, having qualified 16th for Race 14.