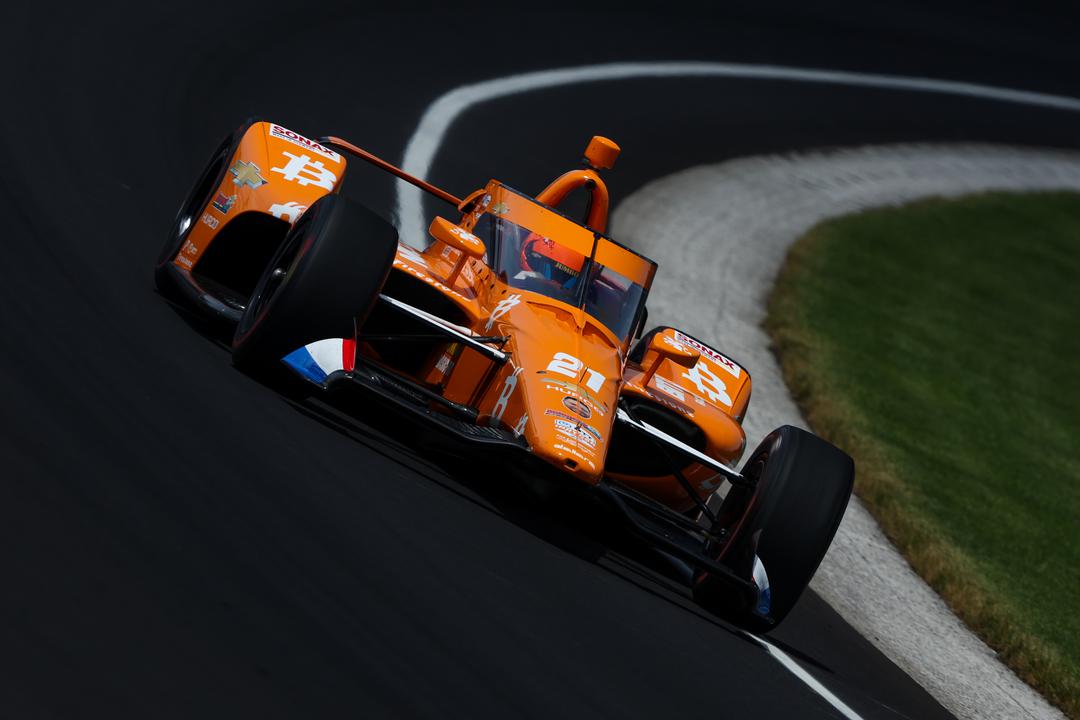 Rinus VeeKay is fastest after the first Indianapolis 500 qualifying runs while Takuma Sato has been penalised for impeding Marco Andretti.

Ed Carpenter Racing’s VeeKay has been top for most of the day courtesy of his early effort in the #21 Chevrolet, while Sato does not have a time to his name after his run was invalidated.

The three Team Penske entries hold 11th through 13th as it stands, with Will Power having pushed Scott McLaughlin out of the top 12 which goes through to the fight for pole position on Sunday (local time).

More than four hours remain in Qualifying and, with the rain holding off so far, some drivers will invariably go for further runs in a bid to improve their starting position for next weekend’s race.

As it stands, behind VeeKay are McLaren SP team-mates Pato O’Ward and Felix Rosenqvist, followed by the first of the Honda-powered steerers in Chip Ganassi Racing’s Alex Palou, with a total of 30 drivers having a time to their name.

VeeKay was second onto the track for Qualifying and set a handy four-lap average of 233.655mph (376.031km/h), better than Sato’s Fast Friday benchmark.

That saw the two-time Indy 500 winner take up sixth for the time being, and he told IndyCar Radio his car felt “draggy” and a “little heavy”.

Andretti followed and was naturally displeased after bizarrely having to overtake Sato on his warm up lap, although an engine issue contributed to him setting the then-slowest run of 226.108mph (363.886km/h).

Kanaan, best on Fast Friday on a full four-lap average, was 12th out and set a 232.625mph (374.374km/h) over the run which put the #1 Chip Ganassi Racing Honda into fourth, behind VeeKay, O’Ward and Rosenqvist.

Likewise, IndyCar rookie David Malukas (#18 DCR w/ HMD Motorsports Honda) could not match his impressive pace from the day prior, checking in with an average 231.233mph (372.133km/h) which put him eighth of the first 13 drivers through.

When Colton Herta went out, he became the second Andretti Autosport driver to encounter an engine drama, and did not complete a lap in the #26 Honda.

With word through that Sato’s run had been invalidated, McLaughlin was on the bubble in 12th once team-mate Newgarden was finally out to set a 231.580mph (372.692km/h) average which put Car #2 into 11th with seven more entries to come.

Montoya should have been ninth onto the track but the #6 McLaren SP Chevrolet failed its pre-qualifying tech inspection, which the team reported was due to a broken component.

The Colombian was thus sent out 32nd instead but could only manage a 228.622mph (367.931mph) run which put him 26th, with Wilson still waiting on DragonSpeed/Cuisick Motorsports to change the Chevrolet engine in Car #25.

Marco Andretti will reportedly not get a replacement first run, and is currently 29th.

Speaking about Sato’s penalty, his team boss Dale Coyne said, “We’ll get back up to P1, where we’ve been all week.

“So, disappointing what happened there but we get back out and now we go right in the quick line and get back out before the rain comes in, 2:30 or so.”

Coyne did admit, however that his driver was at fault.

“He was coming in the pits so he should have known he should pit off the back straight,” he added.

“But, I think there’s so much going on in qualifying laps; you’ve got weight jackers and sway bars… so much in your head, so it’s over you think, ‘Oh, it’s over’ [Relieved/relaxed].

“We were disappointed in our time because we’ve been quick all week, so we know we can go quicker, so we’re looking forward to going back out.

“He’ll be fine; Takuma knows his way around this place.” 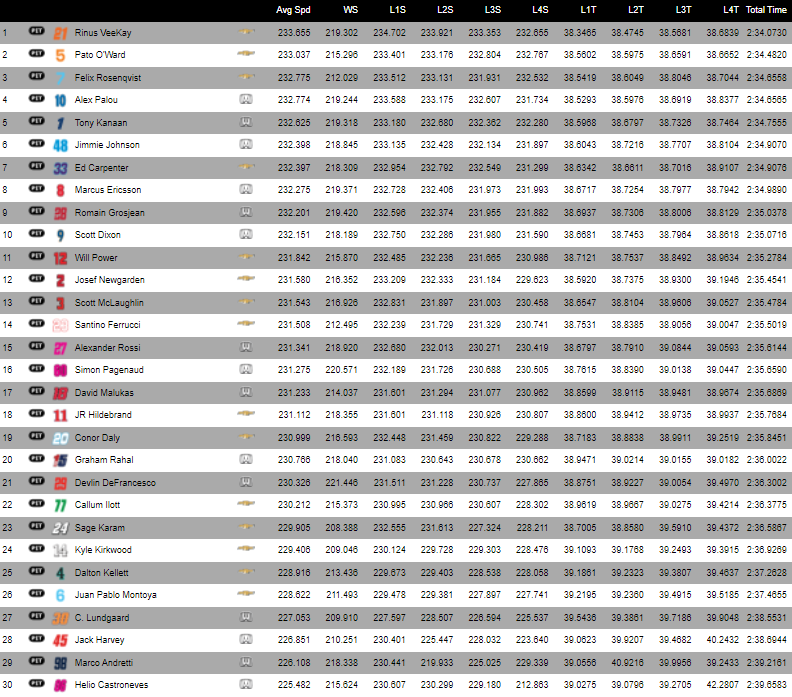