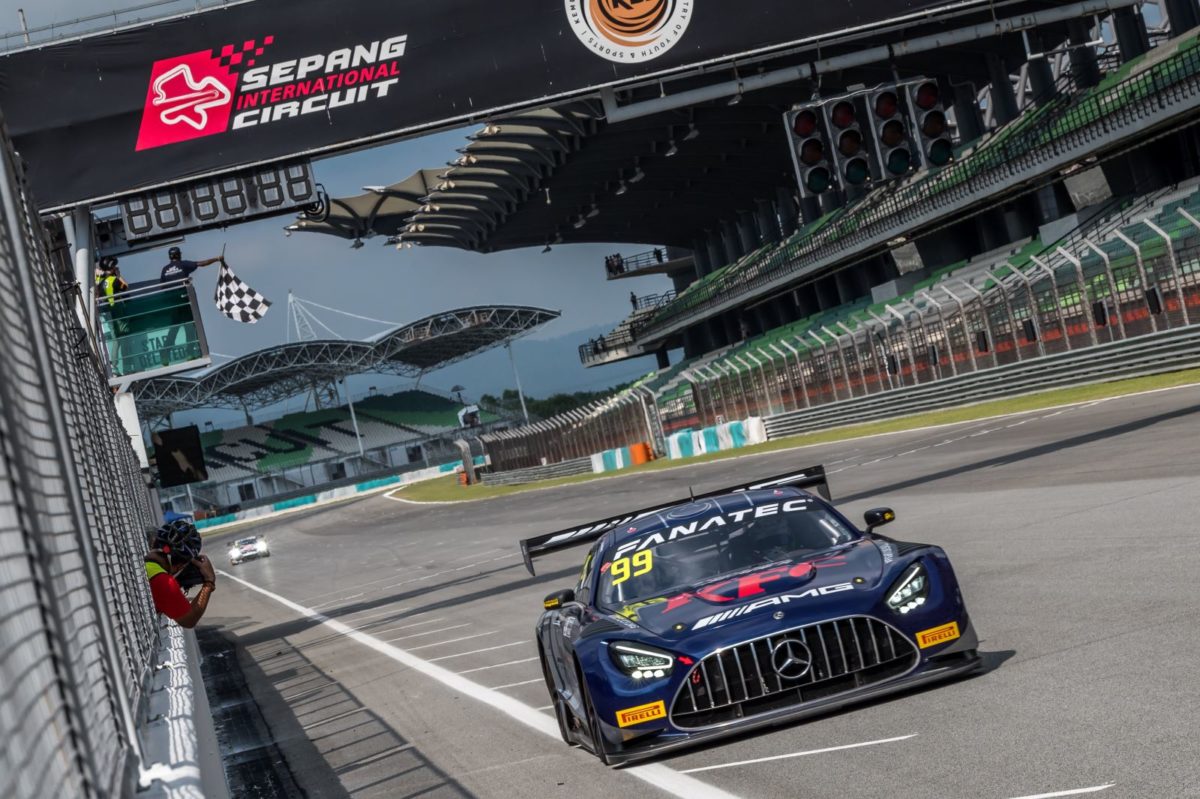 Naoki Yokomizo (Ferrari 488 GT3) led when the contest got underway, while Yasser Shahin (Audi R8 LMS Evo II GT3) had risen to second spot once Prince Abu Ibrahim had pitted due to a technical issue for the #888 Triple Eight JMR Mercedes-AMG GT3 and David Pun (Audi R8 LMS Evo II GT3) had retired as a result of damage sustained in contact with front row starter D’Silva.

Shahin trailed by seven seconds when he handed over to Sandy Stuvik upon the opening of the pit window, and was followed into the lane by Prince Jefri Ibrahim from seven seconds back.

When Yokomizo stopped, a slow tyre change meant that Shogo Mitsuyama rejoined all the way back in fifth, behind Foster, Stuvik, and the two EBM Porsches.

Bamber had to put up with bent steering from the earlier hit but still managed to pass Stuvik and reduce Foster’s advantage, although he always looked like running out of time to seriously threaten the leading Triple Eight car.

Jazeman Jaafar would bring the #888 Triple Eight entry home in sixth, on the lead lap, while Stuvik was classified seventh at seven laps down after a technical problem of his own.