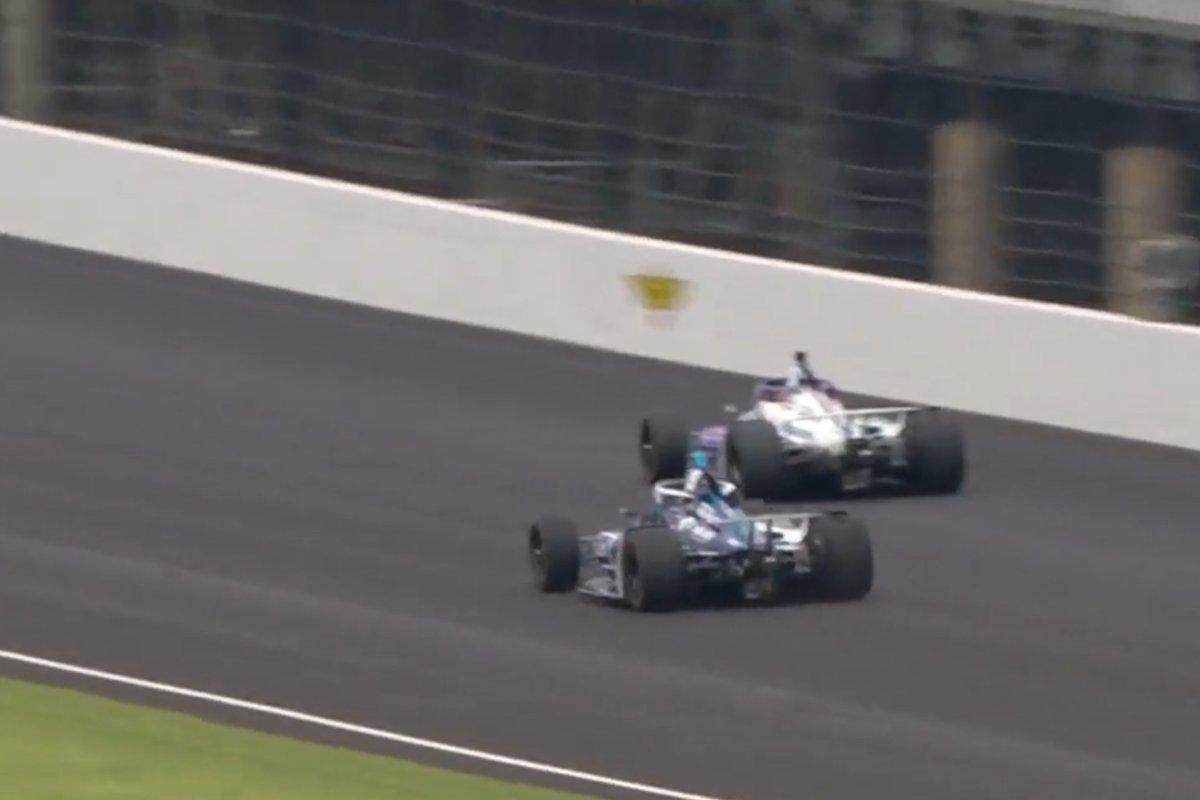 Marco Andretti has vented his frustration after bizarrely being baulked on his Indy 500 qualifying warm up lap by Takuma Sato.

Andretti followed the two-time Indianapolis 500 winner in the qualifying order and happened upon the #51 Honda up on the race track as he got ready to take the green flag.

He got in a 230.441mph first lap before an apparent engine glitch in his own Andretti Herta w/ Marco & Curb-Agajanian Honda saw the Lap 2 speed drop into the 219mph range.

Sato should have been back in the service lane and, naturally, the man in Car #98 was far from pleased with what had happened.

“Well to start the lap, I’m on the brakes because Sato is just stopped in the middle of [Turn] 3,” recounted Andretti on broadcast.

“So, to start a run on the brakes, I don’t think is very fair and it should never happen.

“If they count that as my run, I’m pretty bummed because of the start of that.

“But anyway, then the engine is shut off either electronically or in the engine… We have to figure out what happened; it just shut off.

“So, nightmare right now, but you know, I don’t know why that should count.

“Like, you shouldn’t ever have to run into another car on your qualifying lap.”

Marco Andretti was not happy with the two-time #Indy500 winner for not being in the service lane as Andretti was coming to green. pic.twitter.com/Is1RX2JuGk

Sato’s explanation did not shed any light on how the incident occurred.

“I’ve got no information on that,” said the Dale Coyne Racing w/ RWR driver.

“By the time I checked the mirrors and he was closing, that I [was] better not to move.

“I apology to Marco for that one and at least it was warm up and hopefully there wasn’t confusion in his performance, but we need to look into how the information not to pass me through it.”

Rinus VeeKay (Ed Carpenter Racing Chevrolet) is fastest so far with about half the field having gone through, while Sato is eighth, and Andretti last on a 226.108mph (363.886km/h) run.