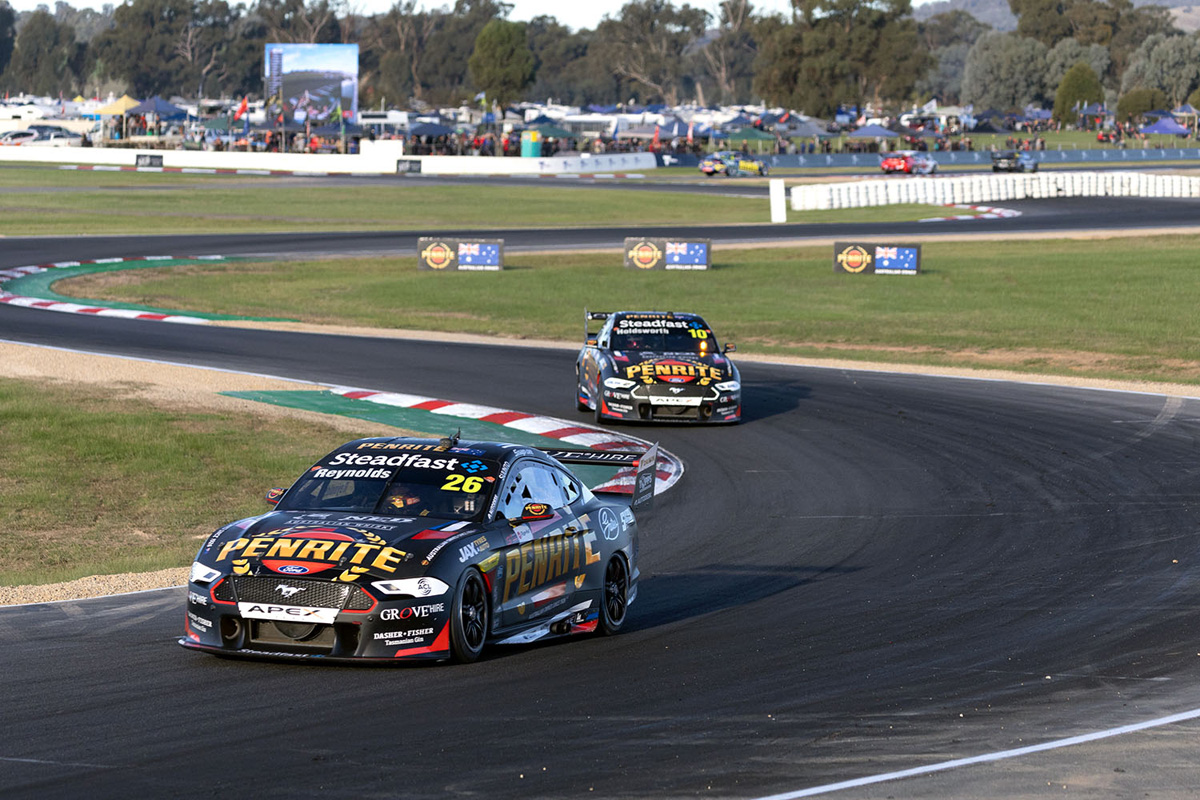 Grove Racing’s surge up the Supercars pecking order has been more than simply a spending race, according to in-form driver David Reynolds.

The pilot of the #26 Penrite Racing Mustang yesterday collected his fifth podium of the 2022 season, finishing third in the opening leg of the Pizza Hut Winton SuperSprint.

Once the epitome of inconsistency, the Braeside squad has been fast at all five destinations visited thus far this year, something which Reynolds has put down to a philosophy change to the car and to how they attack a race weekend.

“Obviously it’s really good to have a fast car and be within striking distance of the leaders,” he said.

“What’s changed would be, I suppose our overall philosophy of the car has changed a lot from last year and how we achieve the speed through the corner, and just try to double down on that and not change too much during a race meeting.

“Engineers, when you’re a little bit off the pace, they can change too much and make it further off the pace. It’s just trying to keep it simple.”

The focus for Reynolds today is to better maximise qualifying, having appeared a prime contender for the Race 13 pole position only to wind up a disappointing seventh on the grid.

“If I did a better job in qualifying and didn’t have mysterious rear lock, I could have started in the top four and it would have been a better battle with these guys,” he admitted.

“It’s very hard to pass here unless you have got a huge tyre advantage or you are miles faster, so I just need to do a better job.”

Reynolds is now sixth in the drivers’ championship, and Grove Racing fourth in the teams’, with the sister car of Lee Holdsworth completing a three-five result yesterday.

Today’s Supercars action at Winton kicks off with Qualifying for Race 14 from 09:40 local time/AEST.