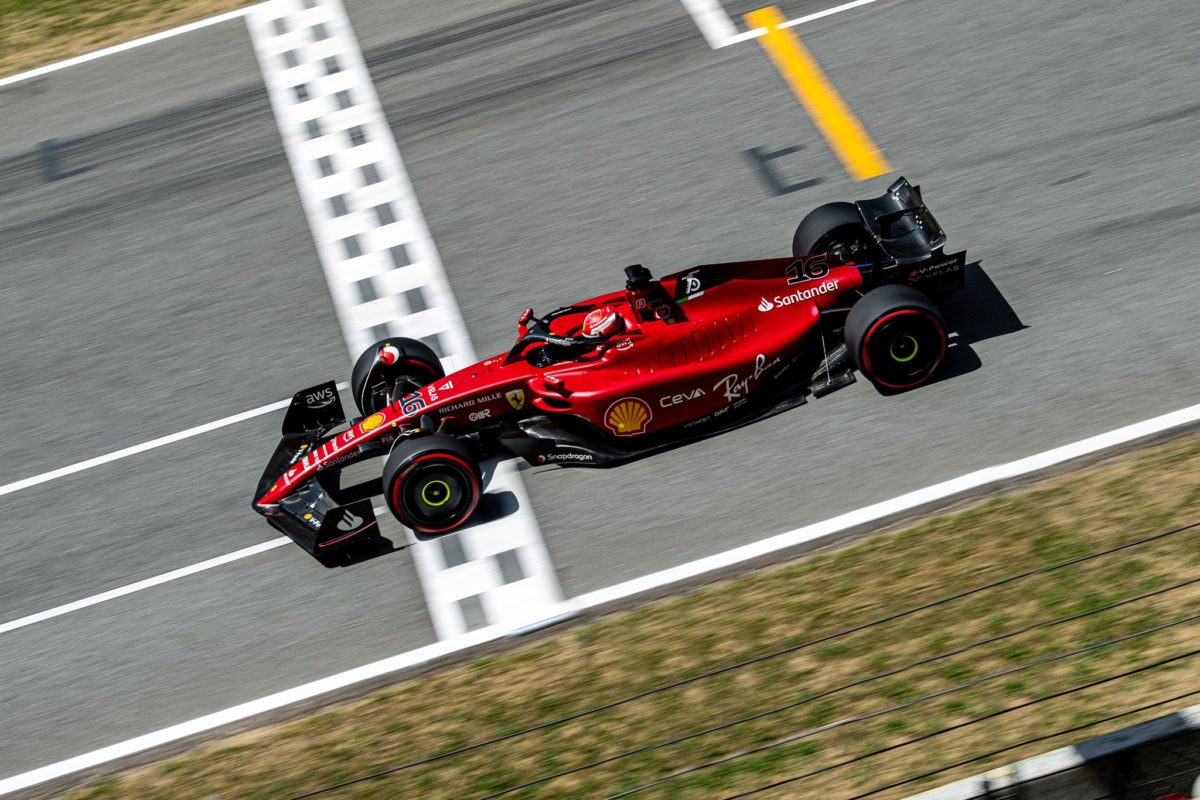 Pole sitter Charles Leclerc has explained the spin which threatened to derail his qualifying session for the Formula 1 Spanish Grand Prix.

The Ferrari driver was closing out his first flying lap in the third part of the knock-out session before losing control in the final chicane.

Pitting immediately after the pirouette, it left the championship leader without a time on the board, heaping the pressure on his second run.

“I just wanted to do the exact same lap, again, without the mistake, because it was already quite a good lap before that,” Leclerc said.

“But the car was amazing, very tricking in the high speed, and I had quite a lot of moments, but apart from that it was very good for the medium and low speed corners.”

Leclerc progressed to the final phase of qualifying after a steady lap in Qualifying 1, using only a set of scrubbed tyres in Qualifying 2.

As a result, his pole time was more than a second faster than he’d managed at any point during the session.

With overtaking notoriously difficult around Circuit de Barcelona-Catalunya, a strong qualifying performance was critical to maximising his chances come Sunday.

And while the Monegasque driver acknowledges his lap was a strong performance under pressure, he stopped short of branding it the best of his 12 F1 pole positions.

“There were some very good ones in 2019 also, like Singapore I remember was quite a good one,” he recounted.

“Considering all the circumstances and coming to the last run, knowing you only got one chance and with a mistake before, it was a good one.

“Whether it was the best, I don’t think so, but it was a good one.”

Leclerc will be joined on the front row by title rival Max Verstappen, who suffered a DRS issue on his final flaying lap that robbed him of an opportunity to content for pole.

However, Red Bull on Friday showed strong race pace, arguably better than that of Ferrari, leaving the Scuderia to spend time working on longer runs during Free Practice 3.

“We’ve done a bit of a long run this morning which was much better compared to yesterday,” Leclerc said.

“Unfortunately, we didn’t have any other references because we were the only ones doing long runs this morning, but it feels like we found something.

“Whether it’s going to be enough to challenge Max and Checo [Sergio Perez], I don’t know, but the feeling was better.

“So this is possible, but I don’t know whether it will be enough or not.”

The Spanish Grand Prix gets underway at 23:00 AEST.