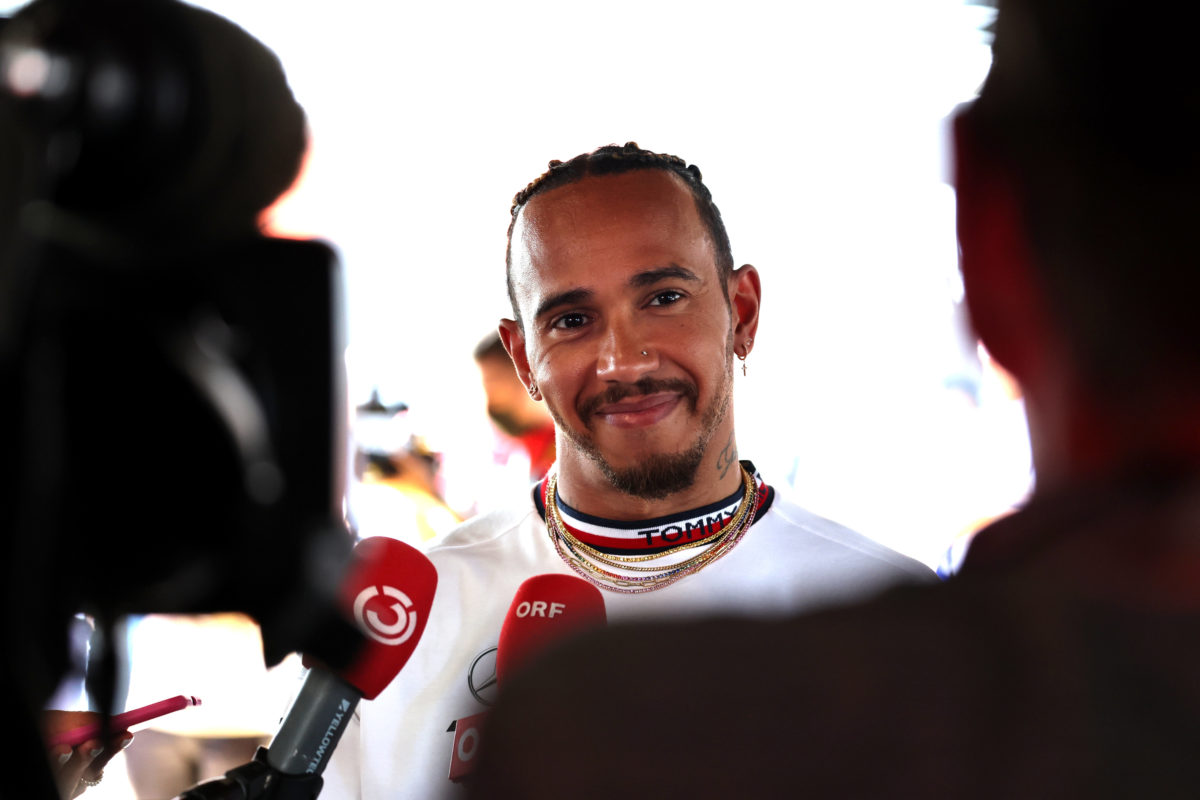 Lewis Hamilton has cut a happier figure in the paddock after a more positive showing from Mercedes thus far at the Formula 1 Spanish Grand Prix.

Mercedes has introduced an upgrade package this weekend which has done wonders to reduce the extreme porpoising the F1 W13 was has been prone to.

And while there is still work to be done to catch the likes of Ferrari and Red Bull, it’s a positive step from the team which has dominated F1 in recent seasons.

“I’m the same position I was in the last race, but we are progressing,” Hamilton said.

“We don’t have the bouncing in a straight line, which is a huge, huge difference.

“We still have some bouncing in like Turn 3 and Turn 9, so still got some improvements to make, but the car’s a lot, lot better.”

Underscoring that progress was the fact that George Russell progressed to Qualifying 3 with the fastest time in Qualifying 2, with Hamilton second best.

In reality, that owed to the fact Max Verstappen and both Ferraris opted for scrubbed tyres.

Still, its a far cry from falling at the first hurdle as Hamilton did in Saudi Arabia, or having neither car in the top 10 as happened in Imola.

“That’s a glimpse of hope for us,” Hamilton said.

“I mean, the qualifying wasn’t that great for me but it’s great to see us stepping forwards.”

The seven-time world champion’s opinion is shared by his team-mate.

“Obviously it’s all based on results, and that was the best result we’ve had as a team all season,” Russell said of the team’s Saturday performance in Spain.

“To be honest, through the corners itself, it wasn’t fundamentally different,” he added on the feeling in the car.

“We just have more grid, we can get the car closer to the ground and we knew what would have come with solving the porpoising.

“We’re not quite as quick as we’d like at the moment to be fighting the guys in front, but I think now we know this is our baseline, we can really build off of that and find a lot more performance.”

Mercedes sits third in the constructors’ championship, comfortable clear of McLaren in fourth but similarly distant to Red Bull in second.