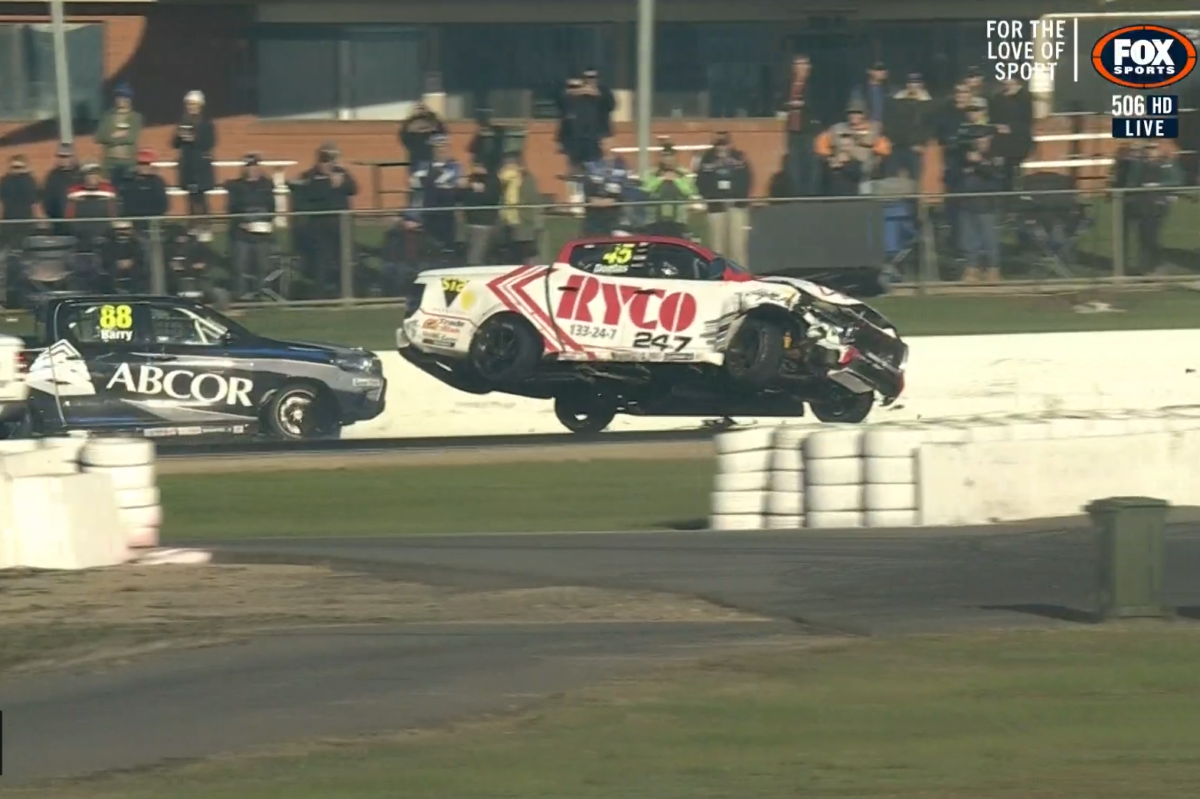 Race 3 for the Haltech V8 SuperUte Series at Winton has been marred by a sizeable opening lap crash.

The utes of Jaiden Maggs and Craig Dontas in particular, but also that of Ellexandra Best, sustained significant damage when Maggs went around exiting Turn 2.

Race 2 winner David Sieders got the jump from the inside of the front row and was followed to the first corner by Race 1 winner Aaron Borg.

Just behind, Maggs and George Gutierrez ran side-by-side into the first complex of corners, before a small touch on the way out sent the unweighted #96 entry into a spin.

As it rotated, Dontas had no way to avoid contact in the pack, and the big crunch nearly caused his Triton to roll.

Maggs’ Triton already had its right-rear corner virtually torn out of it when a similarly unsighted Best ran into the left-rear corner.

Maggs and Dontas were seen outside of their vehicles and on their feet as the recovery crew got to work, while Best was able to drive back to the pits.

The rest of the field came under the control of the Safety Car, with Sieders leading Borg, Gutierrez, Gerard Maggs, and Dean Brooking.

A restart came on Lap 6, with Rohan Barry and Craig Woods clearing Brooking.

However, Ben Walsh was sent spinning into the infield after a tangle with Brooking exiting Turn 10.

Sieders took the chequered flag as the victor in a time-certain finish after seven laps, from Borg, Gutierrez, and Gerard Maggs.

Barry beat Woods to the line by less than a tenth of a second in the battle for fifth.

Race 4 of Round 3 takes place this afternoon.