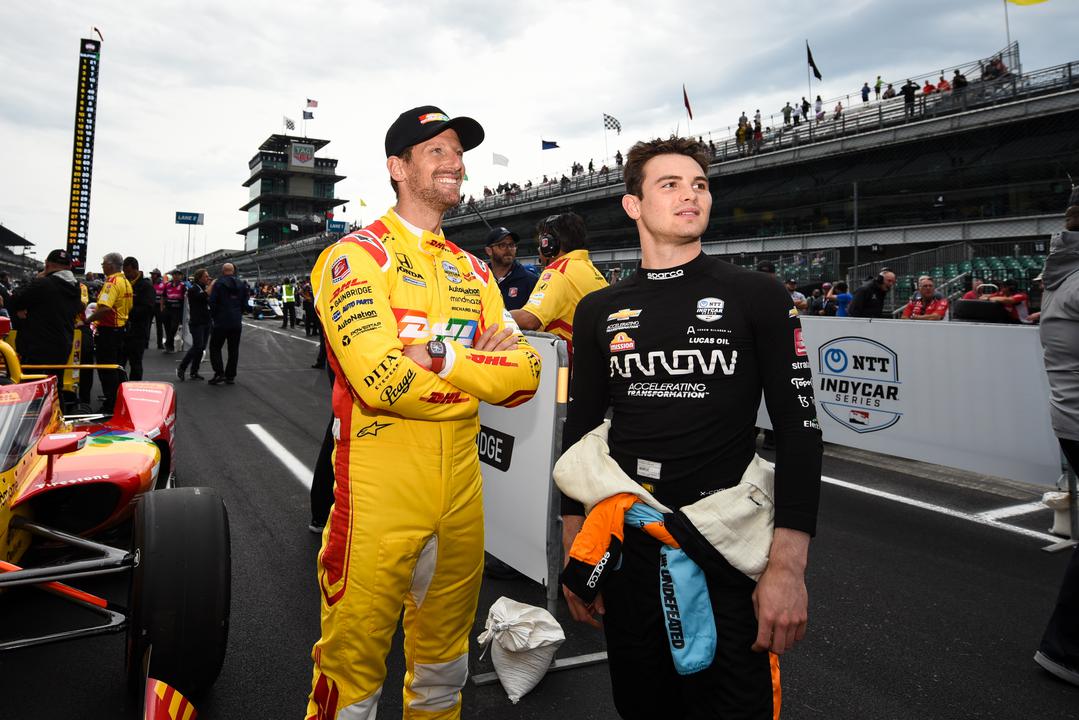 Romain Grosjean believes his Chevrolet rivals have a slight edge as the field prepares for the second day of qualifying for the Indianapolis 500.

The front row of the grid for next weekend’s race is provisionally a Bowtie lockout, but Honda has the slimmest of majorities, seven-five, so far as cars through to the top 12 is concerned.

Furthermore, the three Chevrolet drivers to make the top three were all drawn in the top four in the qualifying order, meaning they ran in the best of the conditions at Indianapolis Motor Speedway.

Encouragingly for Honda, Chip Ganassi Racing got all five of its cars into the top 12, with the Japanese marque’s other representatives being Andretti Autosport’s Grosjean and Dale Coyne Racing’s Takuma Sato.

The improvement in the Chevrolet engine has been a major talking point so far this season and Grosjean was the latest driver to talk it up, if only reluctantly, after setting the ninth-fastest qualifying time.

“Ganassi’s been very impressive since we started running the long runs, and five cars in the Fast 12, that’s pretty good,” said the Frenchman.

“But who knows? Tomorrow, conditions are different.”

Rinus VeeKay was quickest of all with a four-lap average of 233.655mph (376.031km/h) in the #21 Ed Carpenter Racing entry, but identified the Ganassi team as his biggest threat.

“I think Ganassi’s definitely our biggest rival out there for challenging for pole, and, well, I’m allowed to say it, I think that Chevy is a little stronger this year,” said VeeKay as he followed on from Grosjean.

“So, I’m very happy with that, and I think we can have a solid run for pole tomorrow.”

Ganassi is a five-car squad at Indy this year given Jimmie Johnson is undertaking the ovals in 2022 after tackling only road courses and street circuits in his rookie season.

He was third-quickest of the quintet, behind Alex Palou and Indy-only driver Tony Kanaan, and ahead of Marcus Ericsson and Scott Dixon.

“Not to state the obvious but it’s pretty awesome, and [I’m] just so thankful to be a part of the group,” said Johnson of the team’s qualifying showing.

“[I have been] Watching them prepare since literally they left here last year and continually thinking of this race, and being a motto to win here before the championship.

“It’s even written in the race shop; the first goal is to win the Indianapolis 500 and then the championship.

“So, to be a part of it, to live it, to now be here experiencing it is pretty cool.”